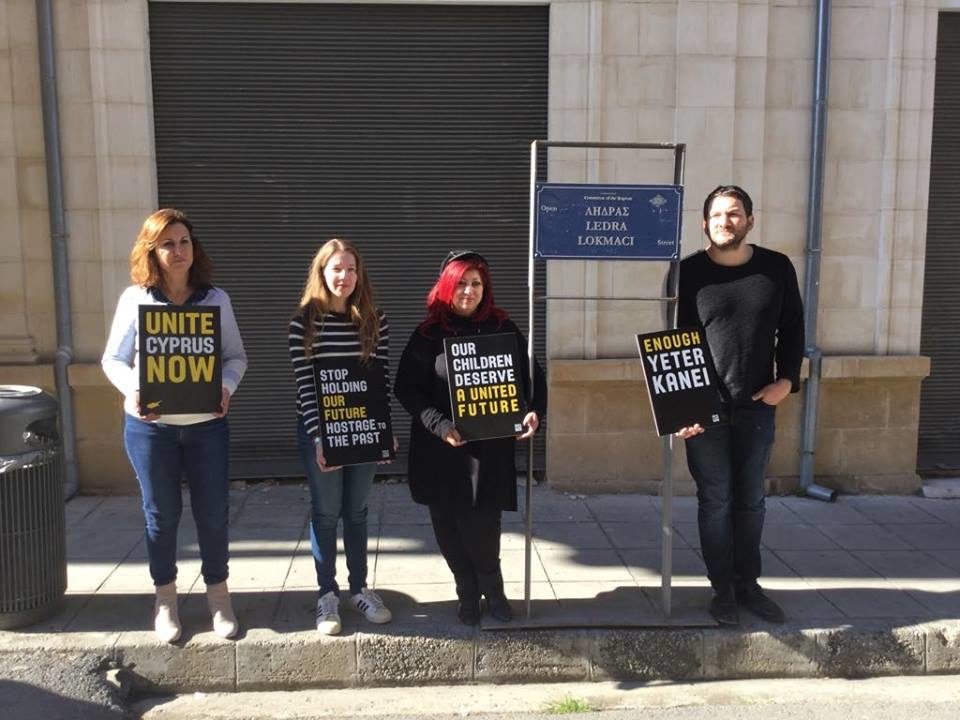 The work of Unite Cyprus Now is being destroyed by a number of bodies.

To comprehend what exactly ‘ethno-populism’ is, we must first clear in our mind what exactly ‘populism’ is. Professor of Political Science at Princeton University Jan-Werner Muller offers the following explanation in his book What is Populism: “A specific moralistic fantasy of politics, a way of perceiving the political world which places a morally untainted and completely united people – in reality non-existent – against an elite that is considered corrupt or, in another sense, morally inferior.”

In other words, populism considers society divided into two homogeneous, competing camps, one made of the “pure people” and the other of the “corrupt elite.” This definition cannot be completely satisfactory. The main doubt is over the general, vague reference to ‘people’ as the source of everything that is good and legitimate. Among the people there are different social classes, pressure groups and various other categories, whose interests do not necessarily coincide but are often conflicting.

Many of our MPs would qualify as ‘populists’, based on their speeches decorated with digs at corruption, nepotism and the indifference of the authorities to tackling problems affecting the people. They see themselves as some modern-day Zorro defending the poor and weak against the corrupt and tyrannical elites (pity they do not sport the charming mask of Zorro). Populists, mainly before elections, demand the forging of policy that may be embraced by the broad public but is totally impracticable, like for example, the strengthening of the Republic’s defence to an extent that it would frighten Turkey, compensation to all the victims of the haircut of deposits, pledges for the increase of wages of the public sector, marked decreases of all taxes, school classrooms with air conditioning and modern equipment etc.

In the last decades a new term has been introduced to the social sciences – ethno-populism, which defines ‘people’ according to ethnic/racial criteria. Ethno-populism is, in essence, an amalgam of nationalism, populism and racism and as such it highlights the existence, not only of an external, but also an internal enemy, apart from the local and international elites.

In the case of Cyprus, internal enemies are all the supporters of rapprochement, immigrants, asylum seekers, ethnic/religious minorities who support or plot with external enemies such as the EU, UN, IMF, international elites and foreign powers to undermine the nation. Particular attention is given to conspiracies. If anyone looks at what Cypriots post on Facebook they would discover that many claim that immigrants, political refugees and asylum seekers are not really desperately vulnerable people who flee the chaos and depredations in their countries but are pawns of our enemies (some mention Erdogan) in what is a premeditated ploy to cause ruptures to the national fabric of Cyprus. And we, naïve Cypriots, they say, offer them generous benefits.

Ethno-populism is also proving an obstacle to a settlement of the Cyprus problem. Deep down we believe Cyprus is Greek and therefore our Turkish Cypriot compatriots (whom, to be precise, we do not consider compatriots but intruders) do not have the right of ‘effective participation’ in the decisions of the government; in short, we do not accept political equality.

We ignore that in a federation, in contrast to a unitary state, the principle of ‘one man, one vote’ cannot always apply because in such a case there is the danger of suppressing minorities. Many times we hear verbose statements such as “the 18 per cent cannot be equated to the 82 per cent, therefore Turkish Cypriots must not exercise a veto on decisions of the federal government. But if we look at what happens in the EU, a type of federal system, we would be surprised that Cyprus, the population of which is 0.2 per cent of the population of the EU could use its veto power and block a decision supported by the remaining 99.8 per cent. Despite this many of our politicians, including deputies, repeat the principle of ‘one man, one vote’ because this is considered music to the ears of voters.

The most disheartening thing, however, is the cultivation of hatred for our Turkish Cypriot compatriots, who, for many are our enemies. Rationality says that as we have been trying for so many years to achieve a settlement we should, in parallel, have been cultivating friendship instead of hostility. The work being done by Unite Cyprus Now is being destroyed by education, nationalist parties and the patriotism-peddling football clubs, rendering a settlement extremely difficult. It should be noted that the supporters of patriotism-peddling football clubs, presumably influenced by the ideology of Hitler Youth, chant that they are “by nature superior.”

Reading the book by the Italian philosopher Umberto Eco The Prague Cemetery you have the impression he is describing what we are living through in Cyprus today, despite the book being about hatred towards Jews. Here is an excerpt: “Consequently, an enemy is needed… In order to be recognisable and threatening, the enemy must be in our house or on our doorstep… An enemy is needed so that we can give hope to the people. Someone said that patriotism is the last refuge of the scoundrel: anyone who does not have moral values usually wraps himself in flag and all the bastards cite the purity of their race… the sense of identity is based on hatred, on hatred for the man that is not the same.”

Ethno-populists never confront someone that criticises them through dialogue, but respond with insinuations and abuse. I am sure that for this article I will be accused of betraying my country and pilloried as an ‘ethno-traitor’.