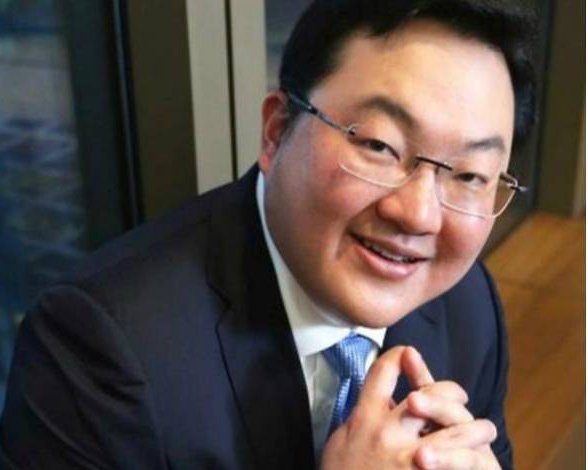 Following the revelations last month that eight Cambodian elites with ties to the country’s authoritarian regime had secured Cypriot passports, Politis reported on Sunday that Malaysian fugitive Jho Taek Low has been a Cyprus citizen for the past four years.

Low, better known as Jho Low, as a key figure in the scandal at 1Malaysia Development Berhad (1MDB), which US and Malaysian prosecutors say was used to siphon out hundreds of millions of dollars.

According to Politis, Low came to Cyprus in September 2015 and obtained the passport under the citizenship by investment scheme within two days after investing in some property in the Famagusta district. He was not wanted at the time in connection with the 1MDB scandal.

However, Politis said Low had looked into getting a Cyprus passport in the Spring of 2015 at a time when  1MBD was being looked at by the Malaysian attorney-general in order to determine whether its performance and activities were in line with its objectives announced in 2009.

The investigation into the case of Prime Minister Najib Razak and his adviser,  Low, was classified confidential and later dropped in March 2016. The inquiry was made public on May 15, 2018 when Razak lost the election and was succeeded by Dr Mahathir Mohammad as the new prime minister.

A new inquiry was then ordered by the country’s finance minister, which revealed the scale of the problem and legal proceedings were launched.

“On the basis of the above, it could be said that Mr Jho Low when he requested the Republic of Cyprus passport at the end of spring 2015 was not wanted. Nor were any warrants issued against him but it was certainly a major issue in all international media because it had become well known in the meantime,” the newspaper said.

“So was there any investigation by the Cypriot authorities to determine this? It is true that the criteria at that time were much looser than today. Law firms and accounting firms, of course, who undertook the naturalisation process, and banks that accepted the projected deposits were required to do their own research.”

According to previous passport criteria, Low would have had to deposit 5m euros in a Cypriot bank for three years and buy a permanent home worth 500,000 euros. According to the newspaper, he deposited with a Cypriot bank in June 2015, the sum of 5.9m euros.

Politis said the company which undertook to complete the naturalisation of the then 34-year-old businessman,  applied to a well-known audit firm in Nicosia asking them to prepare the relevant applications and to submit what was required by law.

The company seeking the passport for Low conducted due diligence on the Malaysian businessman, which Poliitis said was undertaken by Thomson Reuters, and completed in June 2015. It said that based on the Risk Table, which consisted of 14 chapters, Low appeared problematic in 4 of the 14 headings investigated and there were a number of risk factors associated with him.

After the Cambodia revelations, the government has said it would review passports given out prior to new stricter criteria that was introduced this year.

The programme, when it was launched in 2013, required that applicants must have a clean criminal record issued by their country of origin and country of residence if this is different. It also stipulated that applicants should not be included on the list of persons whose property is frozen within the boundaries of the European Union.

The programme has undergone several revisions since 2013. The latest were introduced in February after a backlash and a warning from the EU. The new stipulations state that applicants must have a Schengen area visa and persons who applied for citizenship in any other EU member state and were turned down were not entitled to obtain Cypriot citizenship as part of the scheme.

Last week it was reported that the US Justice Department was close to a deal with fugitive financier Low to recover almost a billion dollars that was misappropriated from 1MDB, Bloomberg reported last Wednesday, according to Reuters.

Low faces charges in the United States as well as Malaysia over his alleged central role in the scandal.

The settlement could be filed this month in a California court, the Bloomberg report said.

The deal is not expected to include an admission of guilt or wrongdoing and isn’t tied to the criminal action against him, the report said.

Malaysian and US investigators say that at least $4.5 billion was misappropriated from 1MDB by Low and other high-level officials of the fund and their associates. Wall Street bank Goldman Sachs Group Inc, which acted as an underwriter to the fund, has also been embroiled in the scandal.

Malaysian police said last week they know Low’s location and hope to bring him back by the end of the year to help in investigations.

According to an AFP report on Friday, Low has been offered asylum abroad, his spokesman said as reports surfaced he was in the Middle East.

“We understand that Mr Low was offered asylum in August 2019 by a country that acts in accordance with the principles of the United Nations Universal Declaration of Human Rights and European Convention on Human Rights,” a spokesperson for Low, through his attorneys, told AFP. The spokesperson did not provide further details, the agency said.

It cited online news portal The Malaysian Insight saying Low was in the United Arab Emirates (UAE) and had been travelling between Kuwait, Saudi Arabia and other parts of the Middle East since June, citing unidentified sources.

But Malaysia’s Inspector-General of Police Abdul Hamid Bador said claims that Low was in the UAE were lies and folk tales. He said it was illogical and impossible for a person who is wanted in several countries to enter the UAE easily.

“I do not know where this story originated from and I am interested in meeting this person. I wish to state that we are aware of Jho Low’s whereabouts but some people are protecting him … just give me some time.

“I will not stop efforts in tracking down and bringing back this criminal. If he is not a criminal or has been framed, there is no need to panic, please come home. I will assure that he will be dealt with according to the law,” Abdul Hamid said, according to AFP.

Prophecies about Cyprus dusted off after Turkey’s Syria invasion (Update)