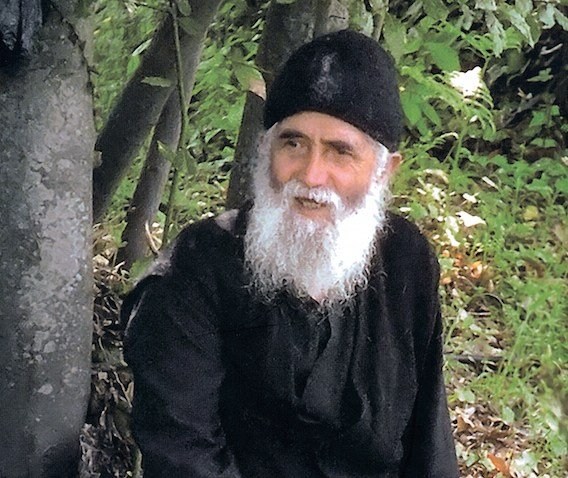 In Cyprus, prophecies by holy men like Paisios always come back to Turkey

Whether dismissed as absurd wishful thinking or accepted as true visions of the future, prophecies are invariably linked to big events, and in our neck of the woods they always come back to Turkey.

So it should come as no surprise that last month’s ‘big event’ – Turkey’s invasion of northern Syria – reignited old prophecies of Turkey’s demise on social media, in the coffeeshop, at family Sunday lunches, in schoolyards and, of course, in churches.

These prophecies by holy men focus on the beginning of a great war which will lead to the demise of Turkey and Cyprus’ liberation.

Most prominent are those attributed to Saint Paisios, a Mount Athos monk who died in 1994 and was canonised in 2015, but also other to elder monks and saints who were thought to be able to foresee the future.

According to the prevailing prophecy, after Turkey invades a neighbouring country – in this case Syria – it will be the beginning of her demise because other countries get involved and turn against her.

The most prevalent version is that Turkey will clash with Russia at some point, leading to Turkey’s destruction. The same was said in 2015 when Turkey downed a Russian airplane.

According to one analysis published last week in a Greek Cypriot daily, if one breaks down the date Turkey invaded Syria, 9-10-2019, based on the Arabic and Greek writing of numbers and taking into consideration the relevant prophecies, it reveals “a sign of Turkey’s future break up just as the saints of our church have predicted”.

So just how desperate are some people to see Turkey brought to heel that they believe in the visions of monks?

Theologian Theodoros Kyriacou does not question the ability of some revered church figures to foresee the future but urges caution about what is being attributed to them.

Prophecies in Christianity bear the element of silence until their fulfilment, he said, adding “we have no way of knowing when and where these things will take place.”

“People should not place their faith in prophecies,” he said. This is because they have been made known from others who heard them from the mouths of the Elders.

“Each of them perceives what they heard differently,” he said.

Prophecies that make their way on social media and published in books are simply the interpretations of those who heard them from Paisios or other Elders.

Kyriacou criticised the way Morphou Bishop Neophytos, in particular, was using these prophecies in gatherings and events “that end up terrifying people”.

He said Paisios himself got fed up with people constantly asking him to tell the future.

“He used to tell them ‘I am not a coffee-shop owner’,” Kyriacou said.

In a recent interview with Sigmalive the Morphou bishop, referring to prophecies by monks and other persons, said warfare in Syria and then Iraq would lead to a world war. Russia would get involved and Turkey would be smashed.

“The solution of the Cyprus problem will not come through protests or talks,” he said.

Neophytos said Paisios had told him when he was 20 that he would become a bishop in his birthplace.

He also said a man from Zodia had predicted in 1973 that Cypriots would become refugees and would remain so for many years until a country called ‘Kurdia’ was established, and then everyone would return to their homes without a war.

“At the time no one knew in Cyprus there were Kurds and where they were,” the bishop claimed.

The bishop loses no opportunity to mention what these prophecies say about Cyprus’ future.

During a church service in Dali last May he told worshippers that even a minister had gone to him asking to hear about these prophecies.

He said Elder Theodoros of Crete, who died three years ago, had prohesised that  Israel would “hit Iran’s nuclear programme” leading to ‘big events’ would that would lead to Erdogan’s downfall. He said Erdogan’s successors would close the straits of the Bosporus enraging Russia into bombing Turkey.

After that three days of terror will take place in Cyprus, he said, making Cypriots pray and turn to God and “great blessings will happen” such as the liberation of Cyprus without serious warfare. Many Turks in Turkey and Cyprus will be baptised as Christians.

“Prophecies will become the news,” the bishop had said.

For Sinead, a “self-taught esoteric student” as she calls herself, some believe the past, future and present are all contained in the universe simultaneously and that there are many who have expanded their consciousness enough to tap into this information – the Akashic Records as the phenomenon is called. “This is believed by some to be the source of the kind of divine inspiration that is attributed to people like Beethoven, Einstein, Jung and even the so-called religious saints,” she said.

She is skeptical however about the accuracy of prophecies as like St John on Patmos where he conceived what is known as the Bible’s famous Book of Revelations “probably the best-known prophecy” there is. “These visions of things St John supposedly saw for the future would have to have been filtered through his mind, which would have had no concept or words to describe the things in his vision. That’s why you have such descriptions as the four horsemen of the Apocalypse and the beast etc,” she added.

“But prophecies are fun!” she added, “especially when the would-be prophets and alien and other cults come up with dates that inevitably pass without incident. None of them seems able to give us a date and time, which would be useful.”

“On the day Peter the Roman is the last Pope and the Church and Rome are destroyed that is the day I will believe in prophecies as that’s about as close to definite as a sign could get,” she said, referring to the ‘Prophecy of the Popes’ attributed to Saint Malachy from Ireland who predicted there would be only 112 more popes before the Last Judgement. Apparently we are close since prophecy enthusiasts have tracked this as far as Pope Benedict, the pontiff before Pope Francis. However, conveniently there is a gap and no reference to Francis, and the prophecy jumps to Peter the Roman, the last Pope who will preside during a time of persecution of the Catholic Church.

But for counseling psychologist Louiza Theophanous, behind all this lies the fear of death and need for existential security.

“It is the fear of the unknown and a way to control our present and future,” she told the Sunday Mail.

As regards prophecies that deal with Turkey, she spoke of “collective and national fear”.

“We try to control this fear by feeling protected that it is written that in the end, we will be safe,” she said.

Turkey, she said, in the minds of Cypriots is the danger and “we need comfort that we are not in Turkey’s grip.”

Theophanous drew parallels to belief in star signs. “It is not logical to put millions of people in just 12 groups and say they have the same character traits or future,” she said, adding that this makes people feel good that they can tackle the fear of death and the unknown.