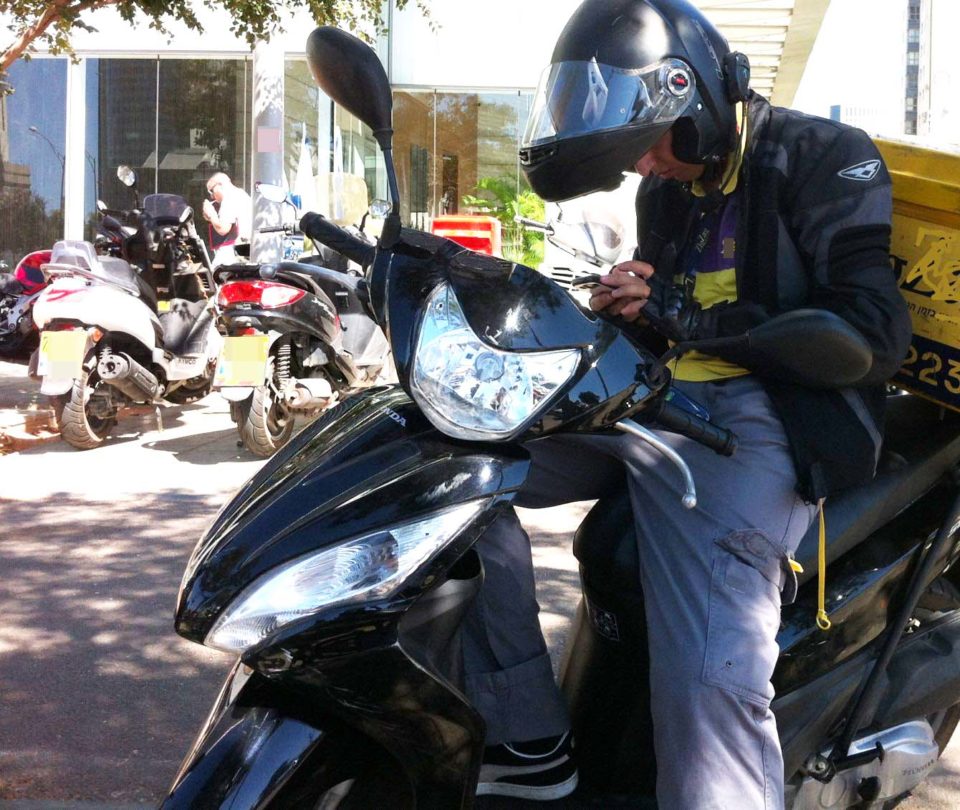 Food delivery workers not only have to put up with weather, traffic and abusive customers, but they’re increasingly become the victims of crime

Police are briefing food chain restaurants about what steps to take in order to improve the security of food-delivery workers after the latest robbery a week ago, and a rise in the frequency of attacks this year.

“We issued several police advisories about this particular matter,” a police spokesperson told the Sunday Mail “and we also talked to various restaurants about it.”

The most recent attack happened on October 14 saw four people ambushing a 26-year-old delivery man in Limassol. According to police, the man was delivering a food order at around 10pm when the person he was ostensibly delivering to attacked him along with three others.

They left him injured and stole his cash bag as well as his mobile phone, and the rest of the food he was carrying on his bike. The employee had to be treated at Limassol hospital for a neck injury.

After investigating, police arrested a total of 11 people for the robbery, eight of whom were underage.

Attacks such as this have been happening on and off but appear to be increasing in frequency. In 2019, there were four attacks on food-delivery workers in Cyprus. In 2018 there were three such attacks perpetrated in Limassol and Nicosia.

In the UK, there were 9,000 such attacks last year, the BBC reported on Saturday. It said the scale of the problem was hard to assess because police forces don’t yet gather statistics on it, and the companies themselves don’t publish any. Such reports abound from around the globe where criminal and racist gangs see food-delivery workers as easy targets.

According to the BBC, many of the workers in the UK are now alerting each other to trouble via Whatsapp and even grouping together to chase and confront attackers.

“Unfortunately, is difficult to prevent these crimes because of their very nature,” the Cyprus police spokesperson said. “It’s difficult to know whether a worker it will be ambushed and robbed. And it is equally hard to know if an order is a fake one.

“Nevertheless, we tried to give some guidelines to the restaurants, but most of them relate to common sense, like avoid carrying too much cash or avoid areas that are too dark.”

“Incidents such as these are still fortunately very rare, even though they are certainly concerning for the workers”

Restaurant and takeaway outlets are also concerned about the safety of their employees and say they are taking every precaution to protect their employees from harm. But it’s not an easy thing to deal with, they said.

These workers are an easy target. They carry large quantities of cash, they are often unfamiliar with the area they are delivering the food to and most of the times they work until late at night, making them even more vulnerable.

“We are trying to protect our workers by training them in the best possible way we can,” George Bebu, manager of a Pizza Hut store in Pallouriotissa, told Cyprus Mail. “We all know about the cases and I can’t deny we are all concerned and disgusted.

“I always tell my employees not to carry large quantities of cash and, when they do accumulate a lot of cash, to return to the store and deposit it.

“But that does not solve the problem entirely. For example, sometimes they have multiple deliveries in the same area and it would be extremely inconvenient for them to keep making return trips back to the store.”

Bebu said that, aside from physical abuse, food-delivery workers often face other issues as well, ranging from annoying pranks to racism, verbal abuse and threats.

“People pull pranks on them. I remember when I was a food-delivery worker myself, I had my keys stolen from the moped several times, just to find it in a nearby bin or on the road. Once it happened in front of the police headquarters, if you can imagine!”

The recent attacks have naturally spread a lot of concern among workers.

“Obviously, we talk about these things among colleagues,” said a Toronto Pizza delivery worker who preferred to remain unnamed.

“We are not exactly scared yet, because one always thinks it would not happen to him. But let’s face it, we are all in danger.

“Feeling unsafe at your workplace is an awful feeling, it eventually affects your performance as well. But what can we do? We soldier on and try not to think about it”

However, it’s undeniable that, even though physical attacks might not be a daily occurrence, there is endless pressure on workers to deliver the food as fast as possible and most customers have a little patience and a low tolerance for cold fast-food, forgetting that there might be adverse situations.

Hassan Jawed, a food-delivery employee at Chopped restaurant in Nicosia, said that customers often do not have the slightest respect for him and his fellow co-workers.

“There are some crazy people out there. Even if they will not physically attack you, they would abuse you verbally in the meanest of ways, sometimes even racially,” he said.

“They don’t care if it rains, if the traffic is crazy, if we had to drive for kilometres, they just want their food delivered fast.

“And if for some reason, there is a delay, they insult us, they spit on us, and in some cases, yes, they do attack us.

“I had a friend who used to work as a delivery man who was threatened with a knife by an angry customer. It’s unacceptable., we face so much hostility and there is nothing we can do about it.”

Our View: Defa should ignore the auditor-general on LNG tender