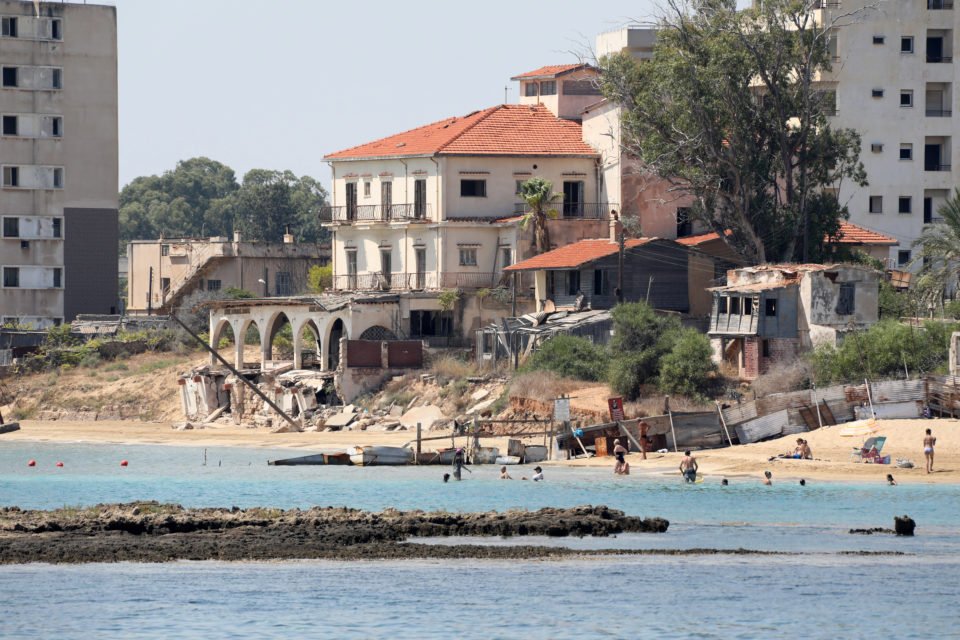 If Greek and Turkish Cypriots worked together to rebuild Varosha it would set an example for other areas.

I feel the need and the obligation to express my concern for the lack of progress in resolving the political problem, which has beset our homeland for over half a century. I am concerned and worried because there are clear signs that the established order is being consolidated, the changes in the composition of the population of Cyprus are accelerating, the alienation of our cultural heritage is being accomplished. The risk of these developments becoming irreversible now appears to be very real.

These are real threats to our survival in the land of our ancestors. They dictate the modification of the practices followed so far, which on the basis of the end result, have been totally ineffective. Before it is too late, I consider it imperative to adopt policies that are founded on a realistic assessment of what we can achieve. Our goal should not be the re-launching of the negotiation process but attaining an agreement in the shortest possible time.

To attain this goal, we need to revisit certain of our positions to make it abundantly clear that arrangements such as the partition of Cyprus, a confederation and any other disguised form of a constitution that will result in the maintenance of the umbilical cord between northern Cyprus and Turkey is out of the question.

The adoption of ‘loose’ arrangements could give the impression to the ‘separatists’ that they can do as they please in their own pit but, if these ‘loose’ arrangements are not accurately and explicitly defined, it is more than likely that they will give rise to interpretation problems, they will lead to interference aimed at serving the interests of third countries and they will undermine the smooth functioning of the bicommunal, bizonal federation.

They will generate friction between Cyprus and the European Union, they will result in many Turkish Cypriots emigrating and being replaced by settlers and, in general, they will cause a devastating impact on our cultural heritage. The maintenance of a confrontational climate between Cyprus and Turkey for an indefinite period of time will ultimately lead to the loss of the whole of Cyprus.

There is little doubt that Turkey will ever accept a marginalised position in the oil-related game that is being played in the eastern Mediterranean. Now is the time to seek a mutually acceptable settlement of the delineation dispute over the continental shelf of the two countries in exchange for the severance of the umbilical cord that connects northern Cyprus with Turkey. We must refer the separation of the EEZs to the International Court of Justice, in accordance with the United Nations Convention on the Law of the Sea. We must make a formal explicit suggestion/proposition to Turkey and let her reject it, if she so chooses.

To have a reasonable chance of securing the severance of the umbilical cord we must embrace the Turkish Cypriots with respect and care to regain their trust. In the past, while the majority of Turkish Cypriots were seeking the support and cooperation of the other side, certain marginal Greek Cypriot political forces were acting in a manner that threw them into the arms of Turkey. Such petty actions against the Turkish Cypriots must immediately cease.

We need to formulate and submit concrete proposals that would respond to their needs, their fears and their concerns. In general, we must be generous towards them. The Turkish Cypriots are our last hope of saving Cyprus.

In particular, with respect to the issue of hydrocarbons it is difficult to understand our insistence on keeping the Turkish Cypriots completely out of the game, thus “legitimising” the interventions of Turkey purportedly for the protection of Turkish Cypriot interests. The management of the undersea wealth of Cyprus must be delegated to an independent, apolitical, not-for-profit authority of the Republic of Cyprus.

Finally, we should seek the immediate return of Varosha to its inhabitants as provided by Security Council resolutions because the cooperation of Greek Cypriots and Turkish Cypriots in the rebuilding and in the development of Famagusta will provide practical proof that they can harmoniously work together if the obstacles preventing or making it exceedingly difficult to achieve such a cooperation, are removed. If successful, it would be easy to copy the example of Famagusta elsewhere.

The approach outlined above would be supported by the international community. The time of reckoning has come. Our leaders must find the courage to cut the Gordian Knot.

Basic conditions for terms of reference have been set, president says