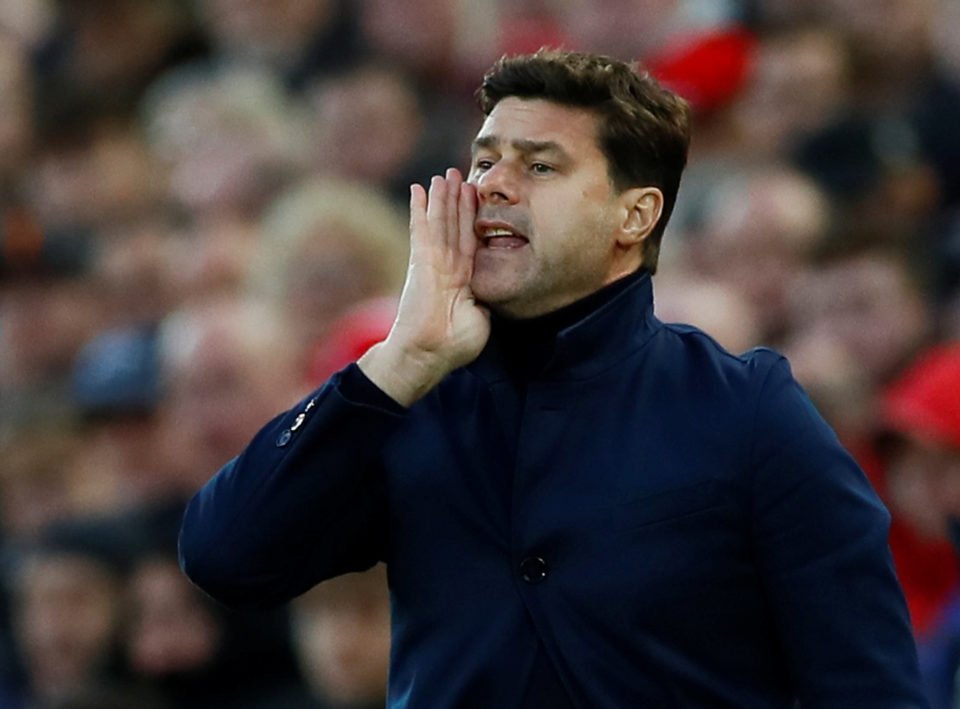 Tottenham Hotspur produced a devastating display to win 6-2 at Everton a year ago but Spurs manager Mauricio Pochettino says he would take any positive result going into Sunday’s game between the sides.

Last week’s 2-1 defeat by Liverpool left Tottenham in 11th place in the table, the first time the London club have been in the bottom half in November since Pochettino took over in 2014.

They have not won away in the league since January and with only four victories in 14 matches in all competitions so far this season, Pochettino says confidence is low.

“We need to be positive, feel that positivity and make us believe that we can beat any team,” Pochettino told reporters at the training ground on Friday.

“At the moment we struggle with our confidence, we drop a lot. That’s only time. The most important thing is how we’re going to finish, it’s not this moment.

“(Last season) is a good memory but we want to win. Any result is going to be good for us.”

Everton have made an even worse start than Tottenham and their manager Marco Silva is under pressure with his side two points off the relegation zone. Yet a win on Sunday would put Everton above Tottenham in the league.

“We know very well it is our responsibility to deliver a very good job and very good performance on Sunday against a very good team like Everton trying to win because it’s going to be the best medicine to fix all,” Pochettino said.

Danny Rose is suspended for the trip to Merseyside while central defender Jan Vertonghen (hamstring) and midfielder Erik Lamela (thigh) miss out through injury.

Midfielder Giovani Lo Celso could feature although Pochettino is concerned that the Argentine has been included in his side’s national squad after he suffered an injury while on international duty in September.

That hip problem has kept Lo Celso, on loan from Real Betis, sidelined for all but two substitute appearances since.

“I can do nothing, only to show and describe my feelings.”