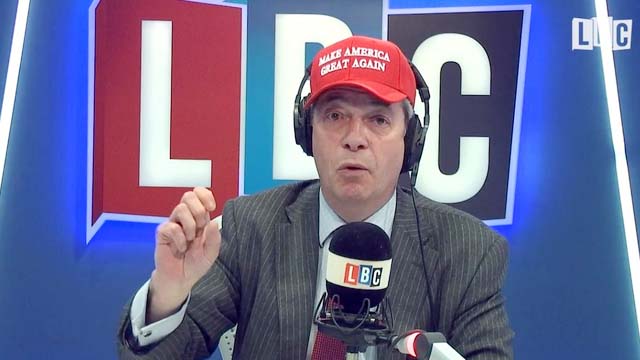 IT HAS been a long time coming, the general election in the UK. It seems ages since 2017 when Theresa May threw away an overall majority like the proverbial dog in Aesop’s fable.

A minority administration did not suit her temperament at all. While she rejoiced in her characterisation as a difficult woman when she was at the Home Office, paradoxically she ignored two basic principles when negotiating with the EU: preparedness to walk, and brinkmanship.

Boris Johnson took over as prime minister in July 2019 but it was too late. He was handed a poisoned chalice. By the time he got the EU to tinker with May’s withdrawal deal he could not legislate to govern let alone win a vote in parliament to leave the EU.

The trouble with the present parliament has been that the majority of its members paid lip service to the referendum result of 2016 to leave when what they really wanted was for Britain to remain.

As democrats they had to support the outcome of the referendum but as ardent pro-Europeans they could have voted against triggering article 50 to leave the Union and against the withdrawal legislation.

But they didn’t because they had to be seen to respect the referendum results. Politicians frequently find themselves on the horns of moral dilemmas and it is not always easy to make the right choice.

So far as the withdrawal agreements were concerned, however, pro-European MPs were able to fight a rear guard battle to remain in the EU and retain their democratic credentials on the simple grounds that the referendum result did not mean leaving the EU in ways contrary to Britain’s economic interests or on terms that threatened the unity of the kingdom.

That was then and this is now and the writing on the wall is that you need a healthy parliamentary majority to get Brexit done.

Referendums are all well and good, but Britain is a parliamentary democracy in which parliament is sovereign. Under British constitutional law that means that one parliament cannot bind a future parliament. So, both politically and legally the next parliament could easily cancel Brexit.

In the end, the harsh reality is that Britain cannot leave the EU unless the country returns a government with a healthy overall majority of MPs who support leave; if it doesn’t it is curtains for Brexit I’m afraid.

As Boris Johnson said, he chose to call an election in order to get Brexit done if he wins. I hope people realise, however, that Brexit may be undone if he loses.

The interesting thing about Johnson is that he is not a Brexit fanatic. Johnson’s support for Brexit was as a platform from which to mount his quest to become prime minister. He could just as easily have backed remain in the referendum of 2016 – he even wrote an alternative pro remain article shortly before the referendum campaign began in case he decided to support remain.

So having platinum blonde hair is not the only thing Johnson and President Donald Trump have in common. They have no strong political beliefs – Trump was a democrat before it suited him to become a republican – and ruthlessness to get to the top, and an ability to disregard inconvenient facts.

For those who enjoy Trump’s disregard of protocol, his breach last week of the first principle of good diplomacy, which is not to interfere in the electoral politics of friendly countries was very funny.

Trump played cupid for Boris Johnson in an attempt to get him into bed with Nigel Farage for the coming election campaign in the interests of getting Brexit done.

On Thursday last week Labour party leader Jeremy Corbyn launched his election campaign at a meeting in which he worked his supporters into an anti Trump frenzy ending with the refrain that Britain’s National Health Service is not for sale to Trump: not for sale, not for sale, they chanted. “Not for sale!” Corbyn rejoined in a whisper.

Apparently, this got to Trump so he phoned Farage on his show – he fronts a talk show for LBC – and attacked Corbyn on air saying he would be very bad for Britain if he became prime minister.

Still on air he advised Farage that he should get together with Johnson and leave the EU on terms that would enable Britain to reach a trade agreement with the US.

This pleased the toad Farage no end even though he hardly got a word in edgeways. A noble politician of pedigree and calibre would have politely and firmly told the president to mind his own business, but Farage is a populist on the make and on a high, and he was not going to knock the president of the US.

President Barack Obama interfered in the referendum campaign in 2016 in favour of remain and it did not go down well at all among the British establishment.

That said, Donald Trump has a point that returning a Conservative government with an overall majority can only be done if the Brexit party is on board the Boris Johnson campaign bus.

In the end it will depend on how the majority of the people feel now with the benefit of hindsight. Unlike the 2017 general election the opposition parties are fundamentally pro remain and if they win a majority of the seats, the 2016 referendum result would lose its moral force.

The number one party of remain is the Scottish National Party and it will wipe the slate clean in Scotland.

The Liberal Democrats very shrewdly got off the fence and declared themselves unapologetically pro-remain and instantly became the political magnet of the remain tendency in England.

The Labour party had to find a third way by offering another referendum because it fears losing its working-class pro-leave constituencies in the north of England. But most of its huge membership is pro-remain and the party will probably abandon its policy to hold another referendum if the country votes decisively to remain. What purpose would another referendum serve if the people have already spoken in a general election?

Time to take stock in the garden

Tales from the Coffeeshop: Palace tries some Humpty Dumpty PR