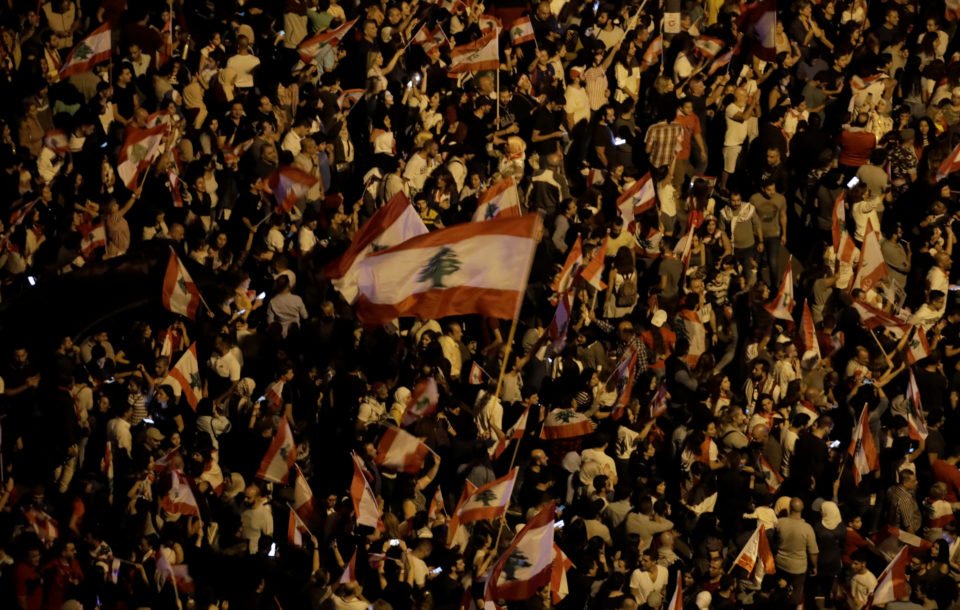 Protesters blocked roads in Beirut and other parts of Lebanon on Monday, pressing a wave of demonstrations against the ruling elite that have plunged the country into political turmoil at a time of acute economic crisis.

The nationwide protests, which were ignited on Oct. 17 by a government proposal to tax WhatsApp calls, led Saad al-Hariri to resign as prime minister last week. Formal consultations over the formation of a new cabinet have yet to begin.

Protesters blocked main highways north and south of Beirut and in other areas including the northern city of Tripoli.

“The slogan is ‘this revolution doesn’t know sleep, form the government today’,” said Hashem Adnan, who was blocking the Ring Bridge in Beirut, demanding a new cabinet independent of the political elite which protesters accuse of corruption.

“People are continuing because you know you can’t trust this regime, any part of it,” he said.

Schools were shut for a third week.

Lebanon is grappling with the worst economic crisis since the 1975-90 civil war. With growth around zero percent, a slowdown in capital inflows has led to a scarcity of U.S. dollars and pressure on the pegged Lebanese pound.

Lebanon is one of the world’s most heavily indebted states and is widely seen to be in need of urgent moves that would narrow the government’s gaping deficit and revive confidence.

A semblance of normality had gradually returned to the country last week after the Hariri resignation, and banks reopened for the first time in two weeks on Friday.

Though no formal capital controls were announced, customers encountered new restrictions on withdrawals of U.S. dollars and transfers abroad.

Hariri, who is aligned with Western and Gulf Arab states, continues in a caretaker capacity until the formation of a new government.

The prime minister must be a Sunni Muslim under the Lebanese sectarian system of government and President Michel Aoun must designate the politicians with most support among MPs.

Aoun, a Maronite Christian allied to the powerful, Iran-backed Shi’ite group Hezbollah, has yet to begin the formal consultations with MPs to designate the next prime minister.

On Saturday, the presidency said he was working to resolve “complications” first and would start the consultations soon.

Supporters of Aoun staged a big rally near the presidential palace on Sunday, followed by large anti-government protests in Beirut and other parts of the country later in the day.