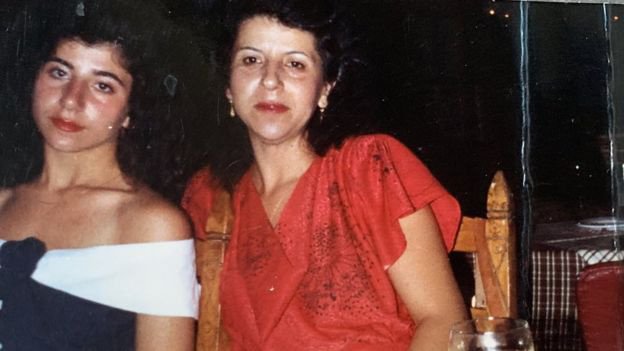 British documentary ‘Queens of Amathus’, which centres on Cypriot women who migrated to the UK during WW2, British rule and after Turkish invasion premiered on Sunday in Birmingham.

The film tells stories of personal sacrifice, poverty and war and follows the women over time.

One, of them, Xenia Karayiannis, told her story to the BBC.

When she was separated from her mother following the 1974 invasion she was just three, and she was only reunited with her when she was 17.

“It’s not something you can describe, to give a child away. It’s not just the impact on my mum, but also the impact on me, I feel I was robbed of my childhood, [but] I understand why she did it and the sacrifices that had to be made,” she told the BBC.

Greek Cypriot Xenia was born in London and lived in Famagusta with her mother and grandparents after the separation of her parents.

Following the invasion, they stayed in a refugee camp in Larnaca for a few months before an uncle from the UK, her father’s brother, tracked them down and convinced her mother to let him take the little girl to the UK with him.

“Everyone just lost touch, there was no way of keeping in touch. You couldn’t send a letter because there was no fixed abode. The safest way was to give me away,” Xenia said.

According to the BBC, it was not until 1987 that out of the blue she received a letter from her mother.

“The first thing I took out was a photograph. Suddenly I found myself looking at a woman who looks just like me. It was very bizarre, very surreal, the similarity was just astonishing.”

Later that year she flew to Cyprus, where her mother still lives.

Making the documentary had been an “emotional” and “painful” experience, Xenia said.

Xenia is now 48 and has a PR and events business in Birmingham. She has a 25-year-old daughter, Anastasia.

Queens of Amathus premiered on Sunday at Cineworld, Broad Street, Birmingham, and will be screened during the Birmingham Film Festival on Thursday November 7.

It is part of a wider concept of This Is My City which is a programme to document Commonwealth migration to Birmingham.