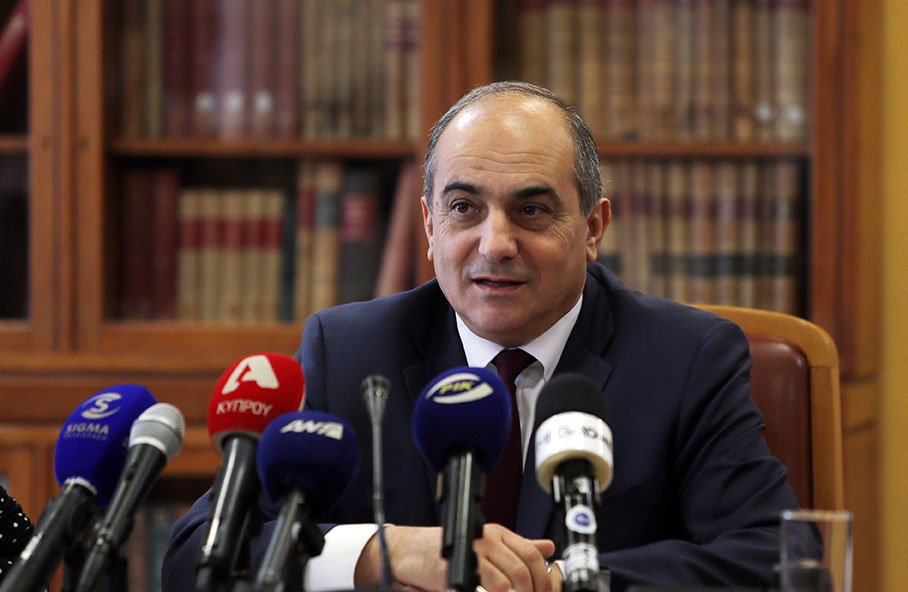 Cyprus is putting in place a national strategy for the development of Artificial Intelligence that should be completed within a month, House President Demetris Syllouris said on Tuesday speaking at the Honggiao Economic Forum in Shanghai.

Syllouris told the audience that the plan is to start establishing applications to support the technological development of Artificial Intelligence in domains such as universities, public and private sectors.

“We want to create a sound ethical and trustworthy foundation for the development of Artificial Intelligence and build an international network of cooperation through the participation of Cyprus in EU initiatives,” Syllouris stressed, assuring that “Cyprus is striving to make the most of its high tech and startup companies.”

Moreover, he said that the House of Representatives has organised three conferences dedicated to the implementation of new technologies in everyday life.

“The aim is for Parliament to act as a catalyst, so that Cyprus finds itself ready to fully appreciate, participate and capitalise upon these groundbreaking developments,” Syllouris said.

He went on to say that as a result of these conferences, considerable progress has been achieved in developing blockchain technology in Cyprus and that a National Strategy for Decentralized Technologies has already been adopted.

The House President noted that Artificial Intelligence should not be regarded as a threat to human life, nor as an alternative to life as we know it.

“We see it rather as a driving force for economic growth, increase in productivity, better diagnoses in the health sector and the development of pioneering therapies for incurable diseases, as well as for more sound weather forecasting,” he said.

He also said that Artificial Intelligence should not be viewed merely as an attractive asset, but rather as an opportunity for the transformation of the whole planet, much like the world was previously transformed by the steam engine and electrical power.

“We must ensure that the use of these technologies does not erode social or labour rights, as more and more work is relegated to man-machine teams or robots.

“We should also ensure that our workforce is properly and timely educated, so as to adapt and be able to either match these challenges or find alternative job openings,” Syllouris stressed.

He also underlined that, in order to embrace the change and seek pragmatic improvement in the functioning of our societies, comprehensive regulatory frameworks need to be put in place, so as to minimise any potential costs.

“Proactive and responsive policies need to be implemented and digitalisation policies coordinated, so as to safeguard welfare and the degree and quality of human intervention, at every level. We must ensure full respect for human dignity,” he concluded.