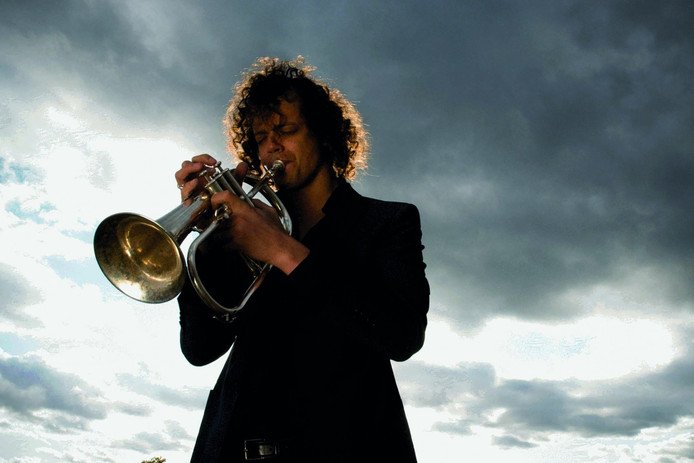 Eef Van Breen has dedicated his life to music and will arrive on the island on Wednesday to perform nationwide with fellow jazz musicians. From Wednesday until Monday, Eef will visit the four main cities of the island to play jazz standards and more with the Ioannis Vafeas Trio.

His relationship with music started young, as is the case with many passionate musicians. At the age of seven Eef started playing the trumpet after listening to a Louis Armstrong record. Many trumpet heroes followed but the one that stuck was Clifford Brown. His journey into composing music began after an injury prohibited him from playing the trumpet for more than a year and slowly bigger plans started to evolve. The Eef van Breen Group is one of them, which now has three records and a movie performance under its belt.

“The sound of my group is shaped in such a way that it doesn’t exclude anything,” Eef told the Cyprus Mail. “We use Foley sounds, free improvisation, mainstream jazz, written out chamber music, we once even implemented a complete piano concert of Bach in our programme. Our music represents the world we live in today, where all information and music is just one click away.”

His mini tour of Cyprus is the result of a collaboration with pianist Chistos Yerolatsitis and bass player Stathis Elio. “When Christos invited me, I accepted with pleasure to come and meet and play with the local jazz artists in Cyprus. I’m really looking forward to it,” commented Eef, speaking before his first visit to the island.

“Further to my live performances I intend to spend some time in Cyprus for composing music for a new project I am currently work on, so I really hope it will be an inspiring trip.”

Four upcoming performances are scheduled. The first one at Mare-Mare in Paphos on November 6. The following day the musicians will travel to the capital city to perform at New Division along with saxophonist Charis Ioannou. Radisson Blu Hotel will host Eef and the Vafeas Trio next on November 8. The final show will be on November 11 in Limassol’s Sto Dromo.

Eef commented that what will unify all of the musicians’ performances is their understanding and communication of jazz. “The most beautiful thing about jazz,” he said, “is the fact that jazz musicians (when they reach a certain level) can communicate in a very deep way as if you had a conversation with a close friend. The vehicles we use are jazz standards. We all spend hours practising and listening to records of our heroes to be able to learn that musical language: like a mother language, which gives us the possibility to communicate with people from all over the world. These upcoming performances will be an example of this.”

Excited for the performances, Eef said he hopes to return to Cyprus, next time with his own group, pianist Chistos Yerolatsitis and bass player Stathis Elio.