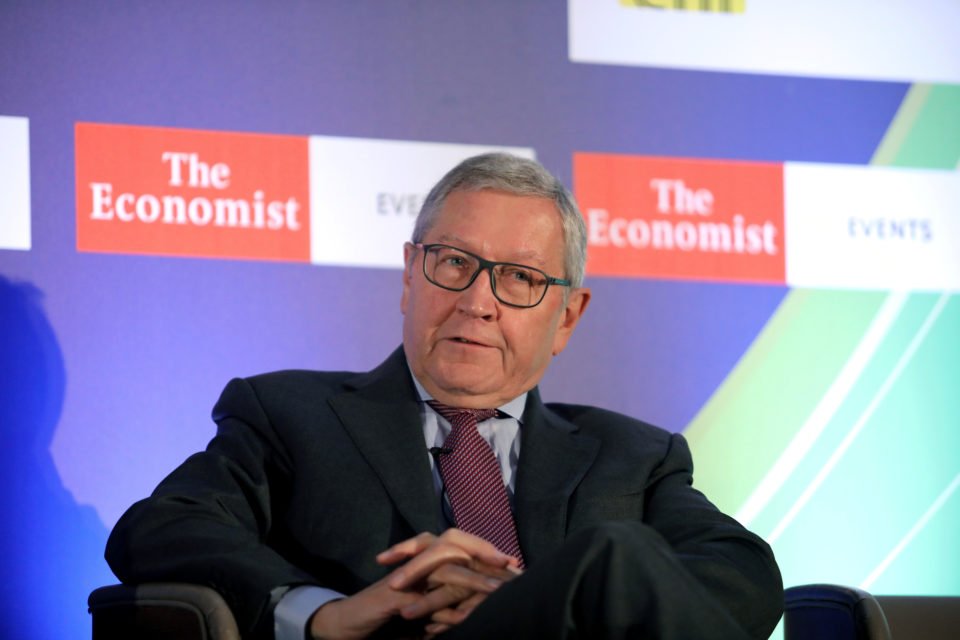 Economic experts on Tuesday debated whether the recovering Cyprus economy was ready to weather any external shocks after putting its house in order for the most part since 2013, and keeping up the pressure with reminders of the high rate of non-performing loans, and high rates of public and private debt.

Finance Minister Harris Georgiades told delegates at the Economist conference in Nicosia that the island was adequately protected to tackle any worsening external factors and cited a slew of reforms that were in the pipeline, though he was confronted during a Q&A about the lack of movement on privatisations.

As he had not touched upon it in his speech, Georgiades was forced to speak off the cuff, recalling that he had been asked the same question at last year’s conference.

He said dozens of reforms had been approved by the executive branch, but the parliament was not on board as yet, he conceded.

“We have not given up. We continue to make the point including on specific cases to the House. But you’re right… we have not succeeded in conveying this to the House. This is the nature of our political system. We need to continue making the case in the hope we will eventually win consent from the House,” he said.

In response to another audience question about the “slaughter of Cyprus” in 2013 during the bank-deposits haircut, Georgiades replied: “If we do not acknowledge our own mistakes, we have not learned anything. There are few examples in economic history of such credit expansion fueling a bubble. Borrowing as if there was no tomorrow and spending as if there was no tomorrow, and not having the guts to admit this led us to a disastrous climate.”

Now, however, he said that while Cyprus found itself unable to borrow from the markets prior to and during the crisis, “now we can issue bonds with yields that have never been as low,” he added.

He said the growth rate of 3 per cent was quite satisfactory and Cyprus was approaching full employment “which will help foreign investment and continue to support economic growth in the coming years”.

Klaus Regling, Managing Director of the European Stability Mechanism (ESM) described Cyprus as one of the best performers in the eurozone.

“Cyprus has no major risks and is meeting its loan service payments,” he said. “Growth is expected to remain robust… although consumption and investment expected to slow down this is not a reflection of economic weakness, It’s a normalisation phase.  This happens in other countries, not just Cyprus.”

Regling said Cyprus had presented a balanced budget for 2020, which he called the correct strategy and the government was on track for early repayment of its loan to the IMF.

“Brexit may affect growth but countries that can diversify stay on a healthy path,” he said.

On the flip side, Regling said private and public debt in Cyprus remains high as do non-performing loans coupled with banks’ low profitability. “NPLs remain a constraint. It’s important to maintain a credible framework for NPL reduction,” he said.

Anita Tuladhar, the IMF mission chief for Cyprus also referred to Cyprus’ impressive growth but echoed Regling on the high debt and NPLs. She added that these would make Cyprus more vulnerable to external shocks.

“This is particularly important given the risks involved in increasing payroll costs and the transition to the new national health system,” she said.

Cyprus plan for Artificial Intelligence ready in a month