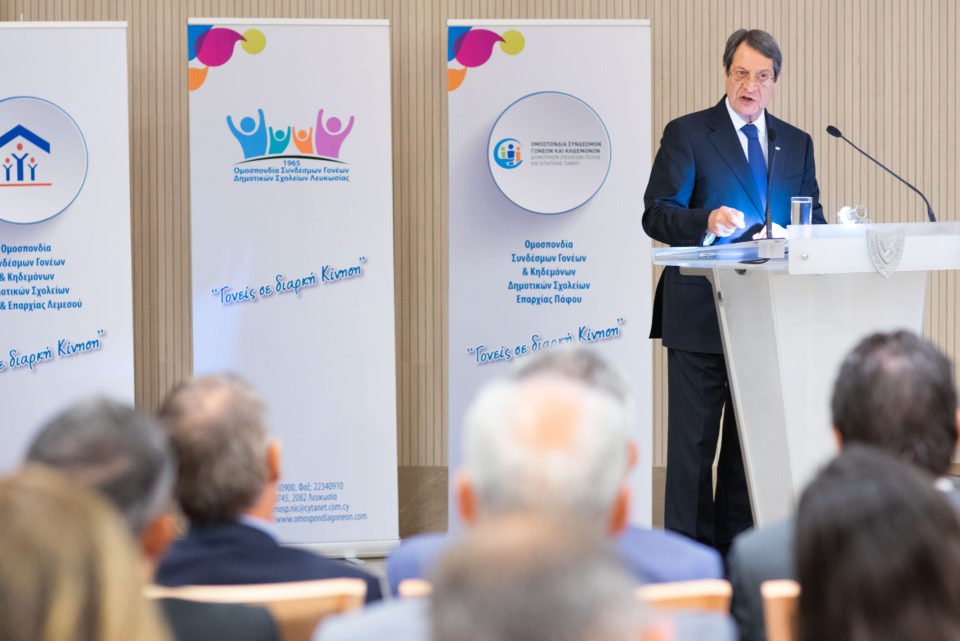 The state will not surrender to unions, President Nicos Anastasiades said on Tuesday in a message to secondary school teachers who intend to hold a referendum over a government decision to introduce exams every four months, which they oppose.

“I want to urge, and this is the last time, let no one believe that this state will surrender to the unions,” Anastasiades said during an event at the presidential palace to mark 50 years from the creation of the confederation of primary schools.

The president said policy is decided by the state and established by parliament and there was no question of accepting the decision of a teacher referendum.

He said it was only through dialogue and cooperation that the country would attain what it owed its children and people should realise a line must be drawn to the unions’ actions.

“Claiming the benefits educators are entitled to is one thing, and a group of teachers assuming responsibility to draft policy instead of those elected by the people is another,” Anastasiades said. “We fully respect trade unions but they ought to know the limits of their actions, rights, as well as their obligations.”

Pupils also oppose the exams and they are expected to announce measures ahead of a referendum on November 11, when teachers will decide whether to strike over the new legislation.

The four-monthly exams will be introduced for students currently in the first grade of lyceum only, those in other grades will continue with the once yearly exams.

The first exams are expected to take place from December 9 to December 19.

Chelsea come back to snatch dramatic draw against Ajax