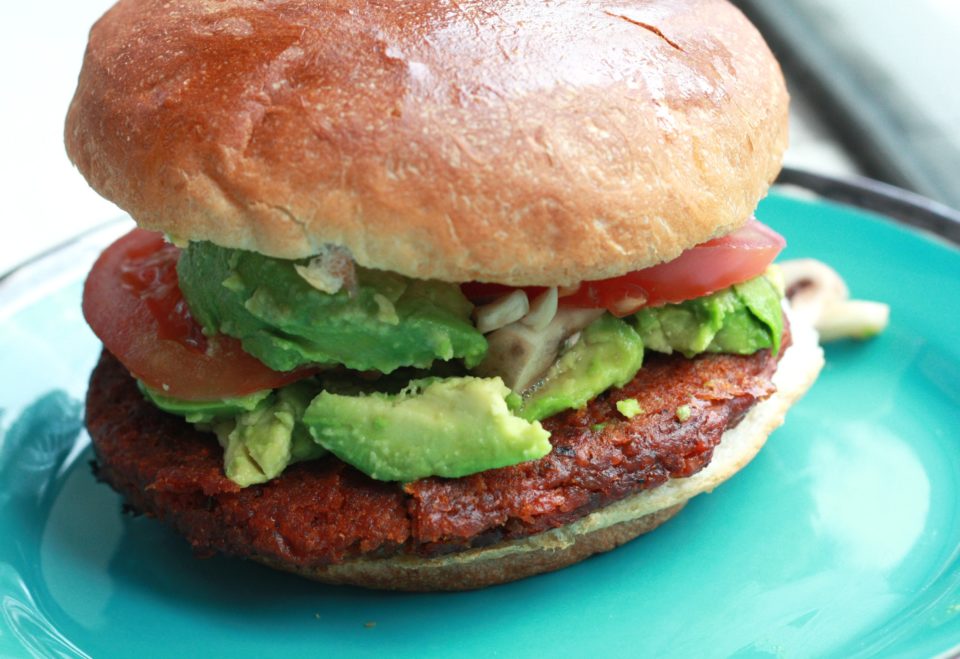 It may sound like science fiction, but in a few short years the family dinner table may be laden with steak from a printer and other proteins produced from air, methane or volcanic microbes.

With the explosive success of vegan beef and burger substitutes developed by Beyond Meat and Impossible Foods, the alternative protein sector just keeps growing.

According to investment bank Barclays, alternative meat sales could reach $140 billion – or 10% of the global meat industry – within a decade, or a 10-fold increase from current levels.

A new generation of products in the works melds cutting-edge technology with age-old fermentation processes to turn otherwise harmful or everyday elements into essential food ingredients, with the aim of reducing agriculture’s massive carbon footprint.

According to the United Nations, agriculture, forestry and other land use activities accounted for 23% of total net manmade greenhouse gas emissions from 2007 to 2016, soaring to 37% when pre- and post-production activity were factored in.

Livestock meanwhile are responsible for about 14.5% of global greenhouse gas emissions, according to the U.N. Food and Agriculture Organization.

Enter Solar Foods, a Finnish company working on an edible protein powder called Solein which uses water, air and renewable electricity as a way to separate food production from agriculture.

“You avoid land use impacts like clearing forests for agriculture, use of pesticides and use of fertilisers that release greenhouse gases and so on,” co-founder and CEO Pasi Vainikka told the Thomson Reuters Foundation.

Solein is made by putting microbes into a liquid and feeding them small bubbles of hydrogen and carbon dioxide, a process similar to making beer or wine, apart from the lack of grapes or grains, Vainikka explained.

As the liquid thickens, it is dried into a very fine powder which is about 65% protein and tastes much like wheat flour.

In September, Solar Foods struck an agreement with Nordic food company Fazer to develop products using Solein, which can be used in existing plant-based products or future offerings such as lab-grown meat.

“There’s a lot of climate anxiety,” he said. “And people are looking for hope and solutions and they’re happy to see companies like ours, so that’s encouraging.”

Another company tackling agriculture’s emissions through fermentation, Bangalore-based String Bio, is working to convert methane, a greenhouse gas more potent than carbon dioxide as it traps 28 times more heat, from waste and natural sources into protein powder – initially for animals.

“We said this is probably the best impact we humans can have in this world, where we take something that we don’t need for the environment and convert it into something we do need,” said Vinod Kumar, who with his wife Ezhil Subbian set up the company.

Such environmental considerations, along with concerns over animal welfare and human health, have driven both demand and supply of alternative proteins, said Dan Altschuler Malek, Managing Partner at investment firm Unovis Partners.

Just 10 years ago he said retailers saw alternative proteins as a risky bet, but “today they realise there is a huge demand for all these products.”

New Crop has also invested in Nova Meats, a Spanish company that uses a special 3D printer to produce steak that can mimic the taste and texture of meat.

Some have criticised plant-based alternatives flooding store shelves as highly processed and high in sodium, and Harvard scientists recently questioned their role in a healthy diet.

Others such as the Center for Consumer Freedom, which is backed by the food and beverage industry, have launched campaigns decrying so-called “fake meat” as loaded with chemicals.

Proponents counter that burgers have always been laden with fat and sodium and were never exactly considered health food.

The new generation of proteins are also less processed, said Thomas Jonas, CEO of Sustainable Bioproducts whose protein is based on microbes found in volcanic hot springs at Yellowstone National Park.

In that barren, other-worldly and dangerous landscape, researchers “discovered a bunch of life forms that across millennia evolved to survive in this environment,” he said.

Having raised $33 million in February, the company plans to produce “a hamburger equivalent” next year through a “novel fermentation” of the microbes.

At full capacity its 35,000-square-feet (3,250 square metres) plant in Chicago could produce burgers equivalent to those made from cows grazing on 15,000 acres (6,100 hectares) of land, Jonas said.

For investors like Altschuler Malek, alternative proteins are all about options for consumers, with three essential caveats:

“It needs to taste great, it needs to meet certain price points and it needs to be able to be manufactured in large volume,” he said.

“There are amazing chefs all over the world that are doing plant-based products. But If you cannot convert that into mass manufacturing it’s really hard to see how that can actually make a change in the world.”

It is also an opportunity for a radical shift in agriculture which, despite incremental improvements, has remained much the same for centuries, Jonas said.

“Fundamentally we are surviving on this planet based on an agricultural system that has barely changed in the past 11,000 years… when we domesticated a handful of plants and animals.”

“New technologies are really giving us tools for a second domestication – things that we didn’t even know were there.”

CBC: NPLs may have fallen but they’re still in the economy