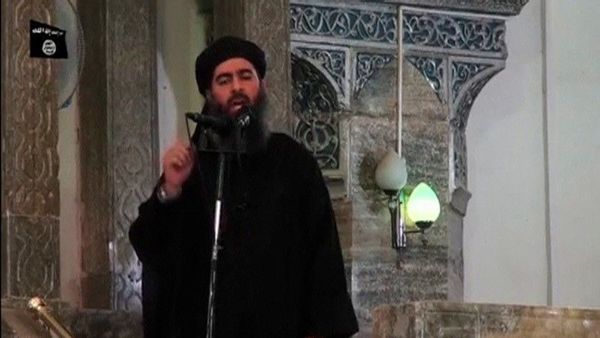 Turkey has captured a wife of Abu Bakr al-Baghdadi, President Tayyip Erdogan said on Wednesday, more than a week after the former Islamic State leader killed himself during a raid by US special forces.

“The United States said Baghdadi killed himself in a tunnel. They started a communication campaign about this,” Erdogan said.

“But, I am announcing it here for the first time: We captured his wife and didn’t make a fuss like them. Similarly, we also captured his sister and brother in law in Syria,” he said in a speech at Ankara University. He gave no details.

A senior Turkish official said earlier this week that Turkey had captured Baghdadi’s sister, her husband and daughter-in-law, and hoped to gain intelligence from them about Islamic State, although Ankara has not said what knowledge they may have had about the group’s operations.

Baghdadi rose from obscurity to lead the ultra-hardline group and declare himself caliph of all Muslims, holding sway over huge areas of Iraq and Syria from 2014-2017 before Islamic State’s control was wrested away by a US-led coalition.

World leaders have welcomed his death, but they and security experts warned that the group, also known as ISIS, which carried out atrocities against religious minorities and horrified most Muslims, remained a security threat in Syria and beyond.

Last month, US Secretary of State Mike Pompeo said two of Baghdadi’s wives had also been killed at the site of last month’s raid.

The group said a successor to Baghdadi, identified as Abu Ibrahim al-Hashemi al-Quraishi, had been appointed. A senior US official said last week that Washington was looking at the new leader to determine where he came from.

Eating for longevity: the basic function of nutrition