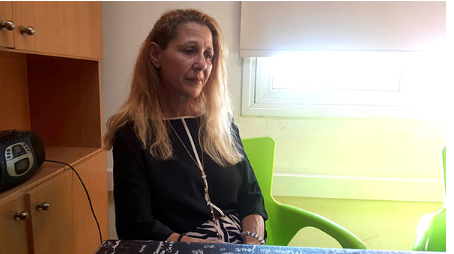 Yeni Duzen published on Wednesday the story of one of the sisters, Andri Constandinou, talking about her struggle to locate her brother and asking the help of the media in her search.

The 57-year-old woman from Limassol told the paper she had learned about her brother from the girlfriend of her father, Lucas Stylianou, 20 years ago.

Her father worked in Lefka from 1954-55 before he met her mother. He came from a wealthy family who had an orange orchard in Morphou. During this period, he got engaged to a Turkish Cypriot woman and got her pregnant.

The couple were forced apart by the parents of her father who did not approve of the match.

“They had to break up since my grandmother did not give consent to their relationship,” said Constandinou.

Constandinou’s Greek Cypriot parents divorced 35 years ago, and her father met another woman who later revealed the big family secret to Constandinou before her father died in 2010.

“She told me a man claiming to be his son had visited my father years ago,” Constandinou said and added that when she asked her father for more information, he would only confirm the meeting took place.

It is believed her brother came to demand a share of their fortune since that day he had a fight with her father and never returned.

Her father’s partner thought the man might have been a doctor or a teacher but there is no more information about him or his parents.

Andri Constandinou and her twin sister have been searching for their Turkish Cypriot brother ever since they learned of his existence.

“I asked around in Morphou, in Lefka. I even asked the Turkish Cypriots in Limassol but could not find him,” she told the newspaper.