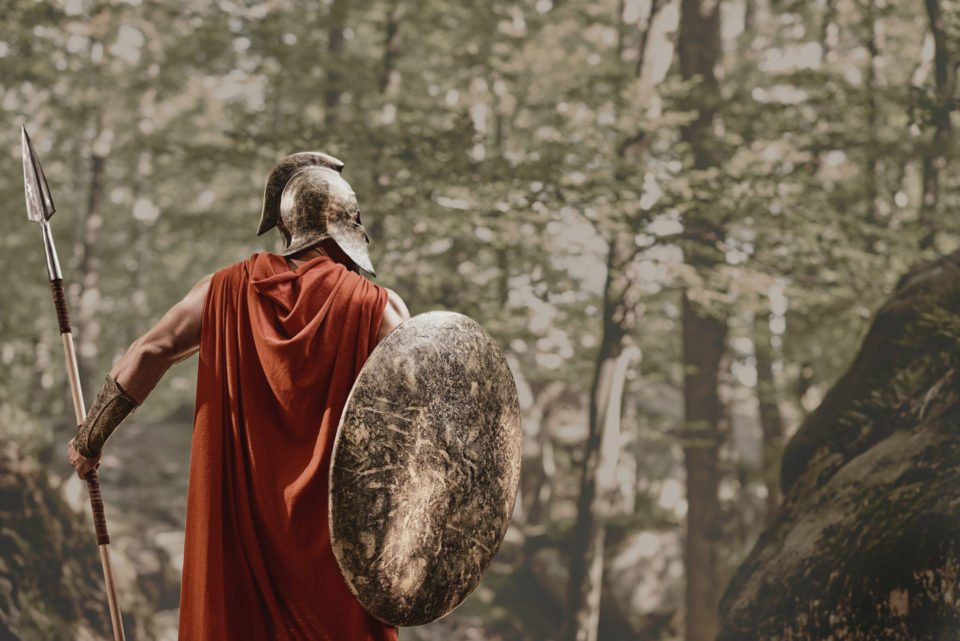 I met Andreas on the road, head down talking quietly to himself, that’s how he irons out the structure of the book he’s writing. He tells it to himself and if it sounds all right he’ll write it down when he goes home. I almost didn’t recognise him; perhaps the book has given his life some new impetus. He wore a nice T-shirt and trousers that didn’t look as though he’d slept in them. I asked how the book was going. ‘It will take about another ten months because I have to read and study other volumes and analyse them before I write what I have concluded.’

I was wondering whether to offer sympathy or courage when he said, ‘Look at her! Vanity, vanity all is insanity!’ A girl of about 19 in a very short dress had passed by. He shook his head muttering, ‘They blame men, you know, for thinking women are easy. To my mind it’s simple; women should look respectable and not cause problems for men.’ I arrived in Cyprus, to the dismay of my in-laws, with blonde hair down to my bum and a mini nearly up to the same, so my answer was she had the right to do with her nice firm body what she wanted and it didn’t mean she was giving men the come on.

Wanting to change the subject I asked, ‘what are you thinking of in this phase?’ I was expecting Plato or Thucydides but I got – ‘Comparing Spartans and Rambo’.

He explained. His friend, Stavros has a coop with 12 homing pigeons he calls his babies. Going into the roomy coop one morning he found a fledgling beauty on the ground. He returned it to mama, papa and sibling. Later he noticed the same bird was down again so, he put it in the nesting box. That evening the baby was on the ground looking miserable, so he repeated the action and hid to see what was going on. As soon as he left, mama bird shoved the babe out of the box. With sinking heart Stavros realised it was being rejected. Yet it seemed perfectly formed.

He took it to the house and hand fed the ravenous little beak. He put it in a large cage in his garage and hand fed it till it was big enough to fly. He used to let it out when he was working there and it followed him round like a duckling. He began to gently throw it up in the air but it became obvious the bird was dive bombing. It also displayed weird symptoms. ‘It could twist its head like that child in The Exorcist. It used to look at him with its head upside down.’

Stavros Googled the behaviour and found the bird had a defect due to a virus and would never lead a normal life. He’d grown fond of it so he left it in the garage to run free, or now and then took it to the house where it promptly attacked anything that moved. It terrified his big Labrador, homing in with wings flapping, circling like a music box ballerina on the verge of kaput. His big, bird-hunting tom cat fled when it came near, and it thought that feet in sandals or flip flops were for practising pecking on, hence the name Rambo.

‘I had been thinking of rational and irrational human behaviour when Stavros told me, thus comparisons between the bird and the fearless Spartans.’ Andreas sighed, ‘I mean, why can’t humans with all our advances and intelligence, understand when a person is invisibly ill while that pigeon somehow sensed her child was faulty even though there were no outward signs.’

‘Instinct?’ I offered ‘Nature is a merciless surgeon amputating anything it doesn’t want or need. Maybe we had that instinct once and lost it.’

‘The Spartans got rid of deformed children, you know,’ he said. ‘They left them on the mountains to die of hunger or exposure or be eaten by predators or saved by the will of the gods. They were an austere people willing to face great numbers of enemies like the Persians at Thermopylae. Yet their own rigid insistence on physical perfection, strength and discipline was what eventually destroyed them.’

‘There was one great thing about the Spartans, Andrea.’ His gaze wondered what this inferior thinker had recalled that he had overlooked. ‘Spartan girls competed bare-legged in the gymnasium just like boys, no problem with bare thighs there. Their women had more freedom than Athenian women for all Athens’ talk of democracy. The dignity of Spartan womanhood was respected, simple!’ I nodded towards the now distant figure of the girl in the short dress and grinned, ‘A good lesson for all men, eh?’

Cyprus to strip 26 citizenships after uproar over passports (Updated)