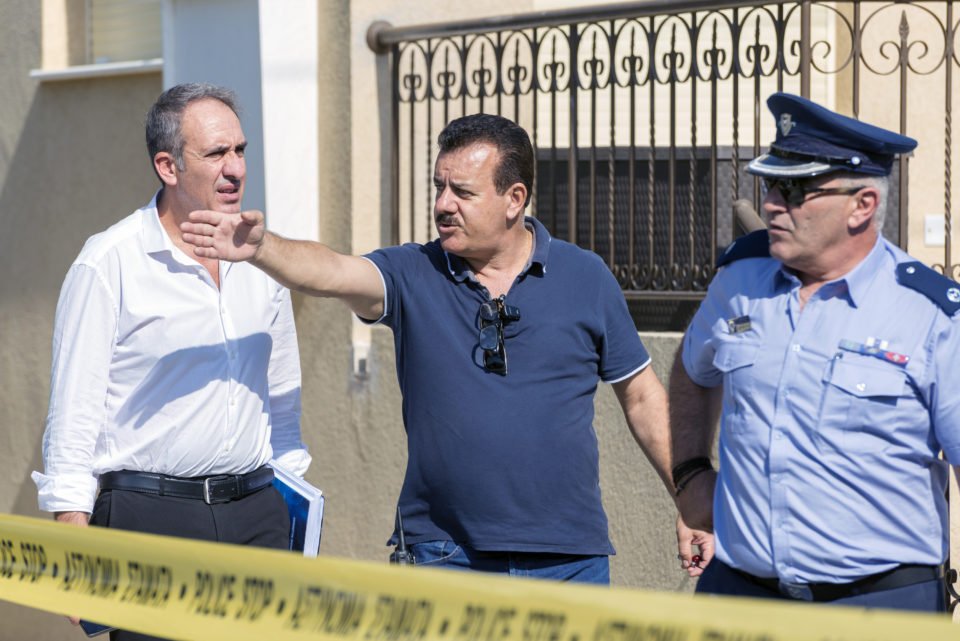 Officers at the scene on Wednesday

A 40-year-old woman was in critical condition with severe burns after she was attacked by her estranged husband with acid in Limassol on Wednesday morning.

The woman, a Romanian national, was rushed to Limassol hospital where she was placed on a ventilator before she was transferred to Nicosia general hospital’s burns unit due to the severity of her condition.

She is said to have suffered burns to 40 per cent of her body with her face being particularly affected.

Doctors said the next 48 hours are crucial to her recovery.

Police said they were treating the incident as attempted murder and have detained the woman’s 57-year-old Greek Cypriot estranged husband who reportedly admitted the attack.

The woman was staying at a friend’s home in Zakaki following a row with the 57-year-old who was reportedly abusive.

At around 9am the suspect visited her and while in the sitting room, he threw acid on her and fled the scene, police said.

Neighbours heard the fracas and tried to help by pouring water on the woman as an ambulance was called to the scene.

The estranged husband was arrested by police later. He was questioned at the CID and he is said to have admitted carrying out the attack.

He is expected to be brought before a court on Thursday for a remand hearing.

Man dies from injuries a month after car accident