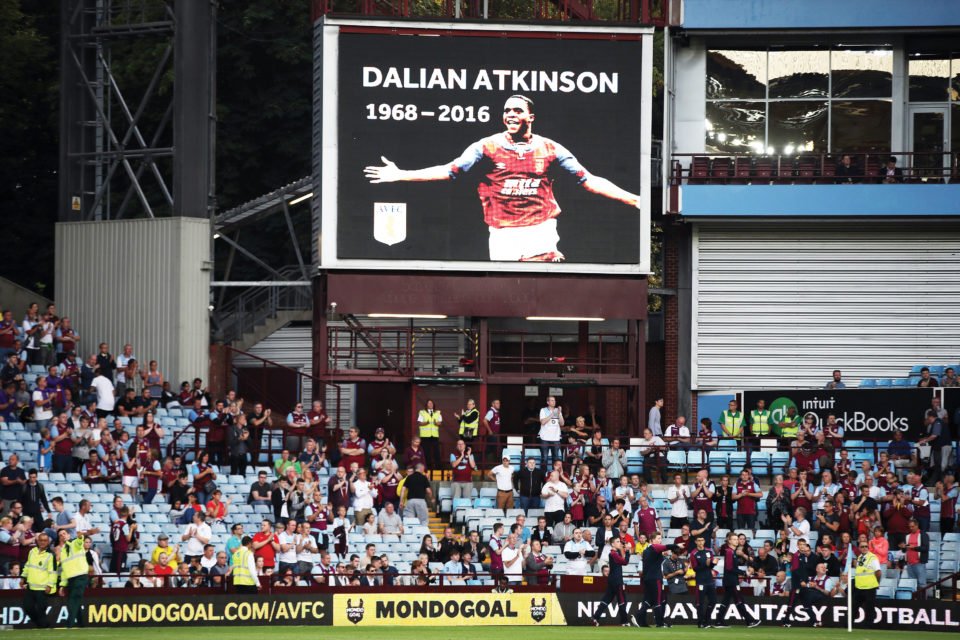 Relatives of Dalian Atkinson say the former Aston Villa star had a weak heart when a taser was used on him, leading to his death

A police constable has been charged with the murder of former Aston Villa footballer Dalian Atkinson, who died after being Tasered near his father’s home in Telford in 2016.

The Crown Prosecution Service said the West Mercia Police officer would be appearing in court in Birmingham on Thursday along with a colleague who has been accused of assault causing actual bodily harm.

Jenny Hopkins, from the CPS, said in a statement: “Following the death of Dalian Atkinson in Telford on 15 August 2016, the Crown Prosecution Service has today authorised a charge of murder against a West Mercia police constable.

“A second police constable, from the same force, has been charged with assault causing actual bodily harm (ABH).

“Mr Atkinson’s family has been informed.

“This decision was made following a careful review of all the evidence presented to us by the Independent Office for Police Conduct (IOPC) following an investigation.”

The officers will appear at Birmingham Crown Court on Thursday afternoon after an appearance at the City’s magistrates’ court.

Neither officer was identified by the CPS or West Mercia Police for what they said were legal reasons.

The officer charged with murder has also been charged with unlawful act manslaughter as an alternative offence which, the CPS said, “is a lesser offence that a jury may consider if it first finds that the more serious charge has not been proved”.

Speaking on behalf of the family of Mr Atkinson, solicitor Kate Maynard, of Hickman and Rose, said: “Dalian’s family welcomes the decision to put the conduct of police officers before a jury but regrets that already more than three years have passed since Dalian died.

“They ask for their privacy to be respected and press for the criminal proceedings to progress without delay or obstruction.”

The decision to charge both officers comes after the case was referred to the CPS to consider potential charges by the police watchdog the IOPC.

The retired 48-year-old, who also played for Ipswich and Sheffield Wednesday, died after police used a Taser during an incident in the Trench area of Telford.

Relatives said Mr Atkinson was suffering a number of health issues and had a weak heart when a Taser was deployed in the early hours of early hours of Monday 15 August 2016.

He went into cardiac arrest in an ambulance on his way to hospital and medics were unable to save him.

At the time, West Mercia Police said officers were called amid concerns “for the safety of an individual”.

The IOPC said its investigation gathered evidence which indicated that police contact with Mr Atkinson involved the use of a Taser, followed by a period of restraint and other uses of force.

Derrick Campbell, regional director of the IOPC, said: “We appreciate the patience shown by all concerned during our thorough and independent investigation and the period it was with the CPS for consideration. We have kept Mr Atkinson’s family, West Mercia Police, and the coroner informed throughout.”

In a statement issued by Atkinson’s siblings after his death, they said: “Dalian grew to be a kind, caring and protective brother, with a lively personality: he was funny and cheeky. He always brought life and energy to family gatherings – when Dalian turned up, we knew there would be laughter and banter.”

Elderly tourist pulled out of the sea dead

Dying for a better life: South Koreans fake their funerals for life lessons