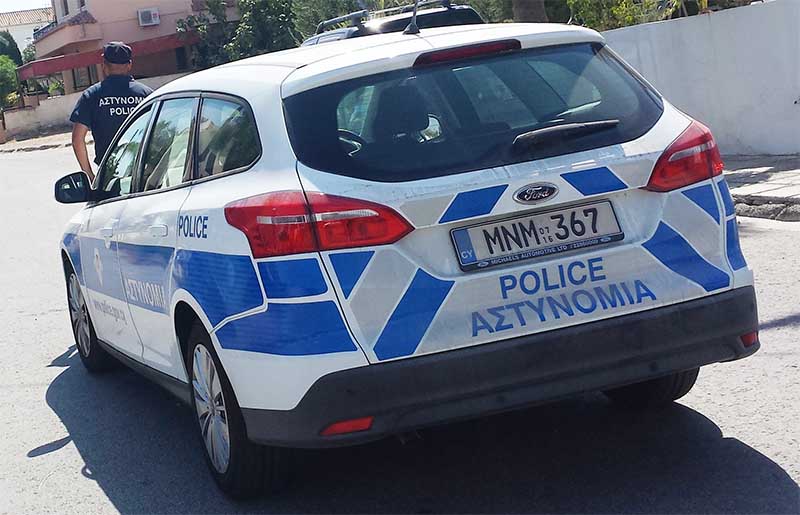 A man arrested in connection with a case of money laundering, robbery, assault, causing bodily harm, illegal possession and supply of drugs was remanded for eight days on Friday.

The 29-year-old man is suspected of abusing and injuring two flatmates after locking them in a room in Ayia Napa for eleven hours before one of them managed to notify authorities.

At around noon on Thursday, police were told that two people were tied up in an apartment in the Famagusta region.

Officers went to the scene where they found an injured 20-year-old man who had allegedly been attacked by another man.

Another man, 25, came out of the apartment. He was injured and bleeding and pointed to a person inside the flat who he said beat him.

The suspect, a 29-year-old man, tried to flee and attacked a police officer before he was arrested.

According to investigations, the 29-year-old had locked the two men in the apartment around 1am on Thursday, forced them to take off their clothes and started punching and kicking them, claiming they had stolen money and drugs from him.

He also allegedly had a knife and a metal rod which he used to hit them and threatened to kill them.

Eventually, after hours of abuse, one of the victims managed to briefly escape and tell another person of the attack who then alerted police.

The two injured men reported their attacker stole €1,500 from them. The 25-year-old also claimed the man took his passport in July and told him he would have to pay €1,000 to get it back.

Further investigations revealed the 25-year-old has been staying in Cyprus illegally since August 2018 and he was arrested.

The 20-year-old claimed the suspect had in recent weeks sold cannabis to him on five different occasions.

In the apartment three half-smoked joints containing cannabis were found, as well as some white powder believed to be cocaine.

News podcast: What do people say after 3 years of Brexit deadlock