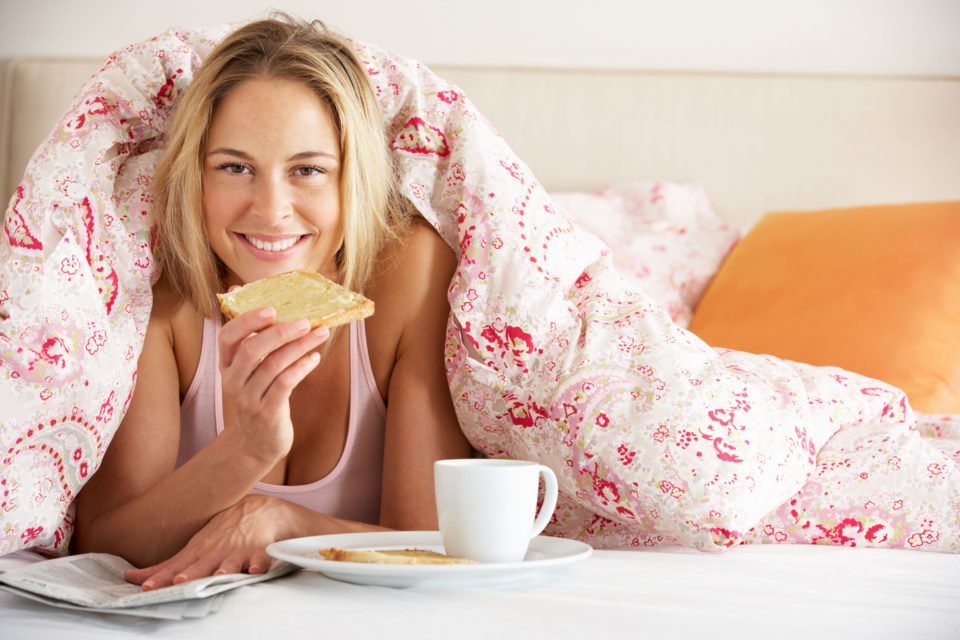 We’re living in an era of busyness – no news there. And a lot of the time, it’s stressing us out, stopping us seeing friends, and pushing us to snapping point. For a quarter of us, being busy means we’re just not enjoying ourselves as much as we’d like, according to a new survey by Galaxy chocolate.

The brand quizzed 2,000 UK adults and found on average, over-55s do more things they enjoy, and more frequently, than any other age group. A quarter in this bracket said they do 13 or more enjoyable things each month, compared with just 10 per cent of 25-34-year-olds. Younger people were also twice as likely to cancel fun plans due to work commitments and spend less time socialising.

It’s perhaps little surprise that these findings correlated with reporting lower general happiness levels. The over-55s ranked their happiness at 6.9 out of 10, while those aged 25-34 scored theirs at just 5.9.

Behavioural psychologist Jo Hemmings, who teamed up with Galaxy to launch their Choose Pleasure campaign, says: “It’s clear that some younger generations are finding it harder to find pleasure in their daily lives. As we get older and wiser, the realisation that life is too short to worry so much means more are saying ‘carpe diem’ to life.”

“It’s a common phenomenon that you start to care less about what other people think as you age,” she adds, “which clearly leads to a happier lifestyle.”

Busyness isn’t always something that can be radically changed overnight though. Neither is it always desirable or necessary to make radical changes. You might really like your demanding job (or like being able to pay the bills at least) and chasing goals or keeping up that packed social life might be important to you. What probably is desirable and necessary though, is learning to recognise your own limits and priorities and building balance around these in a way that works for you – which might mean getting crafty with how you squeeze enjoyment out of your time.

The solution though, might be quite simple. So simple, it’s even called simple – I’m talking simple pleasures, of course.

One of my favourite simple pleasures is toast. Ideally, the inside of the bread will stay slightly squidgy even when the surfaces are browned and crisp, and the scrape of butter must be on the generous side – so a few glossy golden pools of it remain once it’s spread.

If simple pleasures are adaptable, even better. In summer, on slow Sunday mornings I might take my toast to the garden, alternating bites with sips of coffee while the cat performs her mandatory lawn recce – always performed with the same stealth focus as though entering a predator-filled jungle for the first time. In winter, I’ll pile up cushions and crunch it down cross-legged on the sofa with a podcast on, and if it’s really been one of those weeks, it’ll be dunked in a bowl of creamy tomato soup – like the ultimate toast comfort biscuit – while watching When Harry Met Sally in bed for the 759th time.

It really is the little things, isn’t it? Big fancy pleasures have their place, but it’s the simple pleasures that top us up day-to-day and bring pockets of brightness to the otherwise mundane and mindless daily trudge.

They can help keep our stress levels in check too. Hemmings notes that engaging with pleasurable activities brings on a similar feel-good hormone release as things like exercise and holidays.

Small, regular endorphin boosts tend to be far more effective at balancing stress hormones than letting things build to breaking point and then trying to undo it all with one ‘weekend off’.

“Sometimes I feel as if I were blest above all my fellows in being able to find my happiness so easily,” Elizabeth von Arnim wrote in her 1898 novel Elizabeth And Her German Garden. The happiness she spoke of was found just sitting outside in the garden, “with books, babies, birds, and flowers”.

A stroll after rain to fill your lungs with the earthy perfection of petrichor, dipping chocolate into steaming tea and catching it on your tongue before it disappears to the bottom of your mug, a face mask session with your sister.

If happiness was an art, simple pleasures are the master strokes that require barely any skill or training. They’ll still be in reach when money is tight, when time is short, when energies and spirits are low. As 19th century writer and philosopher Henry David Thoreau put it: “That man is rich whose pleasures are the cheapest.” All they really require is for you to choose them and notice them. What could be simpler than that?

UK might not exist in a decade, half of citizens think – poll

Plant of the week: Herb that will repel mosquitos also given to help with hysterectomy

FACTBOX-Latest on coronavirus spreading in China and beyond