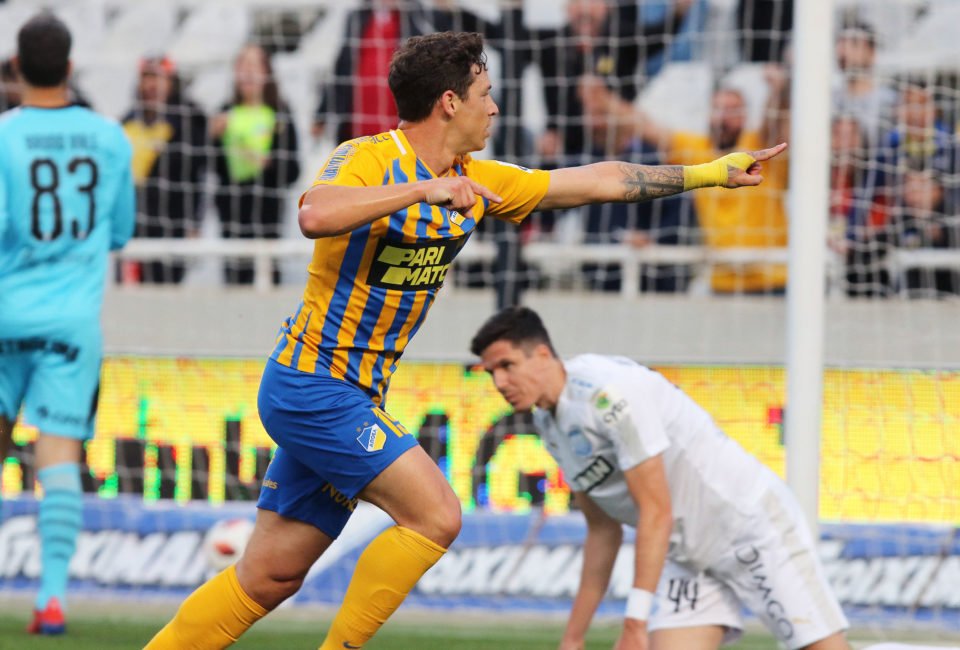 Apoel won all four of last season's meetings between the two clubs, scoring 15 goals in the process

The clash in Limassol between the main title challengers of recent years Apollon and Apoel takes centre stage in the Cyprus football championship this weekend, while leaders Anorthosis take on Nea Salamina.

Omonia and AEL, standing second and third in the table respectively face each other, while one off the bottom Olympiakos are up against Ethinkos Achnas, with the final game of round nine taking place between Pafos FC and Enosis Neon Paralimni.

Apollon and Apoel met four times last season, with the Limassol side losing all four and conceding 15 goals in the process.

Apollon coach Sofronis Avgousti was quick to point this out in his pre-game press conference, saying: “Last season was not good for us, especially against Apoel”.

He stressed though that this is a new season and despite the quality of the opponents they will be aiming for the three points that will allow them to move up the table.

“We have to avoid making mistakes and if we can keep a clean sheet we shall get the three points as I believe that we shall score at least once,” he concluded.

Apoel have no injury concerns but German coach Tomas Doll is expected to rest a few players considering their energy-sapping performance against Qarabag FK in the Europa League on Thursday.

With all players at his disposal Doll is expected to include in his starting eleven Vidigal, who was ineligible for the European game as well as tough-tackling defender Merkis who was dropped.

Despite Thursday’s late 2-1 win, Doll has come under severe criticism for his team selection and formation and it will be interesting to see how the German reacts.

Elsewhere, the first Famagusta derby of the season takes place between Nea Salamina and leaders Anorthosis at the Ammochostos stadium.
Anorthosis have undoubtedly been the best performing team so far this season and will be favourites to win the game against a team that has yet to reach the form that took them to a top-six position last season.

Omonia, one of the most improved sides of the season, entertain AEL at the GSP stadium and will be looking to keep up their challenge at the top of the table.

Their English striker Matt Derbyshire has regained his touch in front of goal following a poor last season while newcomers Thiago, Lang and Bautheac have slotted in well with the rest of the team.

AEL are also on a good run, beating Apollon and Pafos FC in recent weeks but they will be without at least five key players in Dossa Junior, Gaztanaga, Adamovic, Godal and Torres, while Medojevic will be given a late fitness test.

Coach Zelico Kopic paid the price for Pafos FC’s poor start to the season as their star-studded side managed just two wins in eight games.
Against Enosis they will be hoping for a new start to the season, as will Olympiakos, who take on Ethnikos Achnas at the Makareon stadium in Nicosia.

On Friday AEK defeated Doxa Katokopias by 2-1 thanks to a last minute goal by Keaveny.

Liverpool sense chance to leave City in their wake