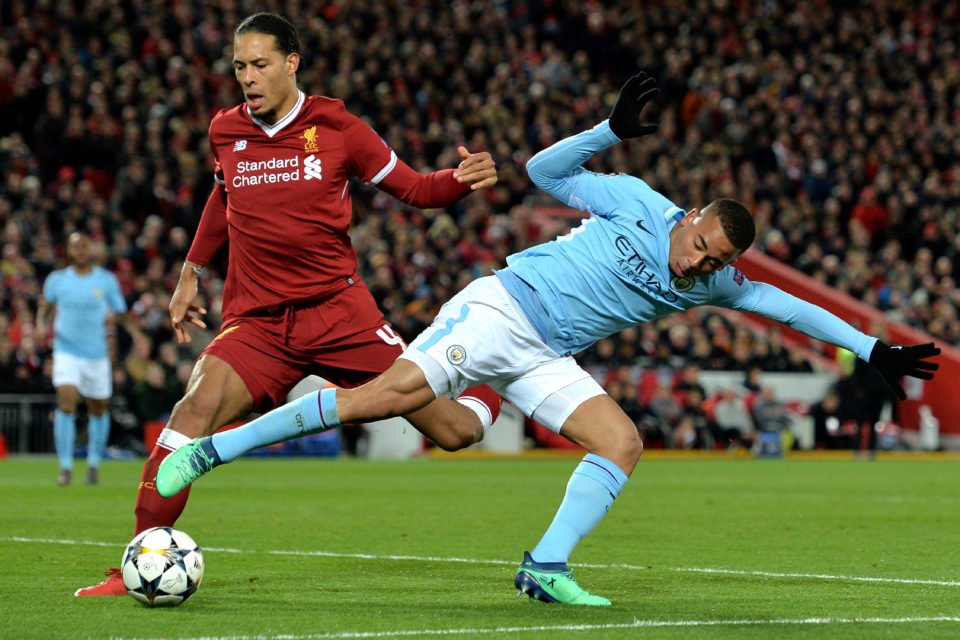 Rarely does a fixture, especially one played as early in the season, justify the hype but such is the quality and reliability of Liverpool and City, the consequences of the result are difficult to play down

Liverpool have a gilt-edged chance to inflict a hammer blow on Manchester City’s hopes of a third successive Premier League crown in a seismic clash at Anfield on Sunday but failure to do so could revive bitter memories.

Rewind to the third day of the year at the Etihad Stadium and Liverpool were in a similar position of strength.

Victory then would have shot them 10 points clear. They lost a frenetic clash 2-1, however, and City relentlessly reeled them in to win an epic title race with 98 points to Liverpool’s 97.

This time Liverpool are at home, and victory would put them nine points clear. It feels like a chance they cannot afford to pass up as they seek a first league title since 1990.

“With a deficit like that – even in mid-November – Pep Guardiola knows he would have a mountain to climb to win the Premier League,” former England striker and BBC pundit Alan Shearer said this week.

Third-placed Leicester City welcome fifth-placed Arsenal on Saturday after fourth-placed Chelsea take on Crystal Palace but all eyes will be focused on the showdown on Merseyside.

Rarely does a fixture, especially one played as early in the season, justify the hype but such is the quality and reliability of Liverpool and City, the consequences of the result are difficult to play down.

Liverpool have seemingly forgotten how to lose. They are unbeaten in 28 league matches since losing to City and at Anfield they have not lost in the league since April 2017.

Yet neither side have been quite at their best of late, relying on the never-say-die attitude that has become as important a weapon as their fearsome forward lines.

Both clawed back 1-0 deficits with late goals to claim 2-1 victories last weekend. City trailed Southampton before Sergio Aguero and Kyle Walker turned it around.

Liverpool cut it even finer. They trailed Aston Villa until the 87th minute before goals from Andy Robertson and Sadio Mane clinched a victory which means they have a little more margin for error this weekend.

“What Liverpool have is an incredible quality to fight right until the end,” Guardiola said ahead of his side’s Champions League clash away to Atalanta on Wednesday – 24 hours after Liverpool beat Genk 2-1 at Anfield.

“Good teams keep going. They wear you down, they have that belief,” Shearer said this week. “It happened to Man United under Alex Ferguson all those years ago, it’s not a coincidence they scored all those late goals.”

Guardiola spiced it up this week with comments claiming Liverpool’s Mane was prone to diving. Klopp retaliated saying City had perfected “tactical fouling”.

The talking will stop on Sunday, however, when England’s finest two sides do battle.

While talk of two-horse races is merited, City could actually be fourth come kick-off if Leicester beat Arsenal and Chelsea beat Palace on Saturday. Sixth-placed Sheffield United are also threatening to gatecrash the European places and travel to a Tottenham side without a win in four league games.