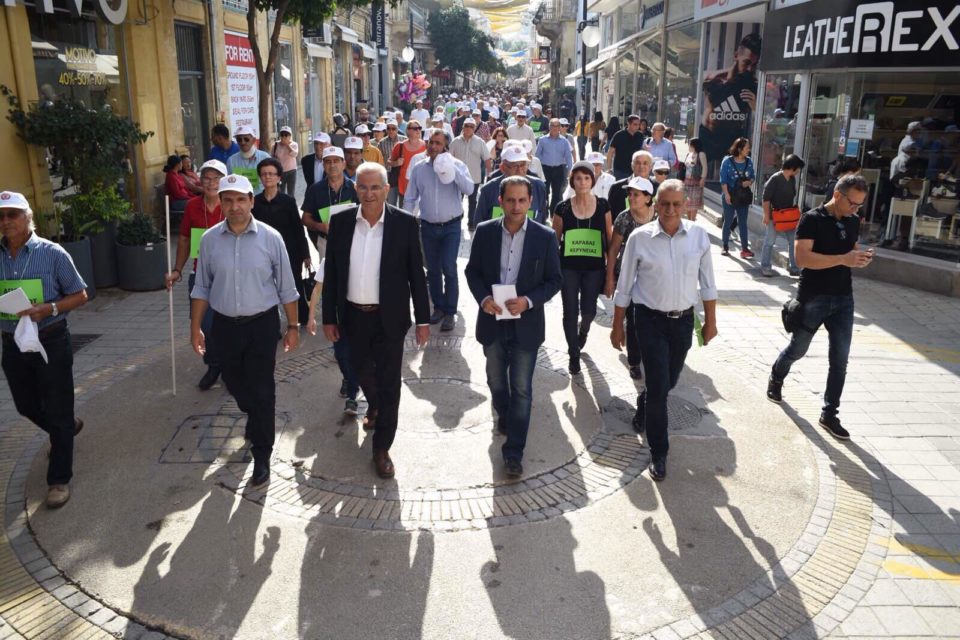 Today we are here to reassure that Akel speaks for the majority of people in Cyprus when we insist on fighting for justice on the island, secretary general of the party Andros Kyprianou said on Sunday addressing an anti-occupation demonstration held on Ledra street.

He said the party is fighting for a bizonal, bicommunal federation in which human rights and basic freedoms are respected based on United Nations resolutions.

He called on President Nicos Anastasiades to evaluate the successes of former president Demetris Christofias and warned him to realise Cyprus is in danger of becoming split in two.

Turkey has crossed every limit of threatening behaviour, he said. We are experiencing it in the EEZ, in its actions in Famagusta, and in the protracted deadlock in the talks, he added.

He called on Anastasiades to work hard for the November 25 meeting with UN secretary general Antonio Guterres to result in the restart of a substantial dialogue towards a solution.

Hitting back, Government Spokesman Prodromos Prodromou said the mere fact that a meeting is being held on November 25 is in a large part due to Anastasiades’ stable approach to the Cyprus problem and the suggestions he has made to the UNSG.

“We answer to Me Kyprianou that since the day Mr Guterres appointed Ms Lute, the president has not only worked with her but submitted a series of proposals to overcome the Turkish government’s subversive activity,” Prodromou said.

“We expect from Mr Kyprianou and Akel to answer: Does it consider that criticising and ultimately blaming the Greek Cypriot side that suffers from occupation and new attacks by Turkey, contributes to the solution of the Cyprus problem?”

Lute meetings next week to help decide UN’s next steps

The passport sales that boosted construction are now in decline