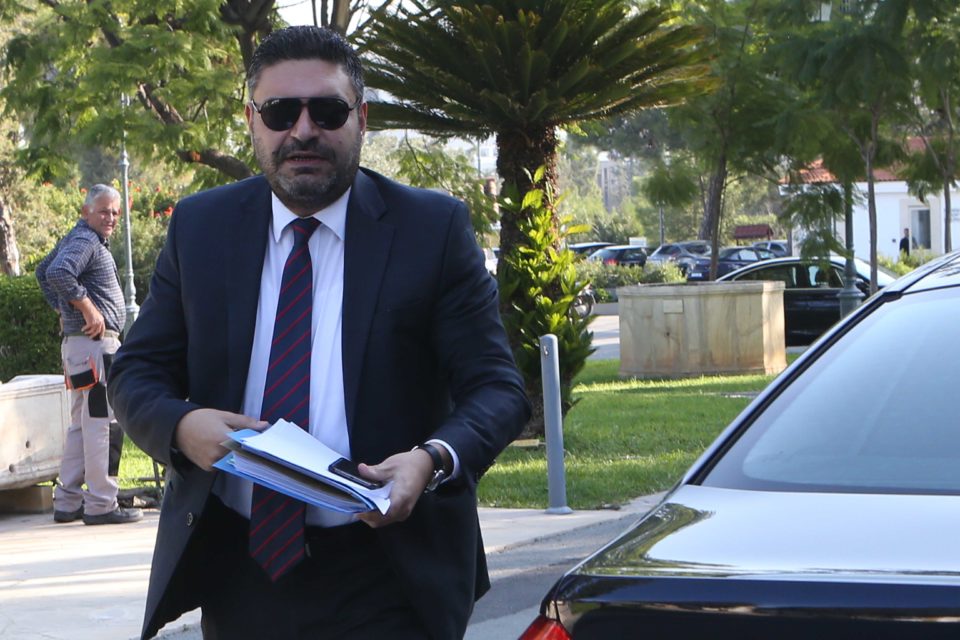 Because of the actions of some people the citizenship by investment programme, despite its benefits, has caused damage to the country, Interior Minister Constantinos Petrides said.

In an interview with Kathemerini on Sunday, he said Malaysian businessman Jho Taek Low would not have been given a passport under today’s criteria. It makes sense, he said, to prevent such situations in advance.
Earlier this year the government introduced stricter eligibility criteria including for ‘in advance exclusion’ – meaning that if there is information or even reports that passport applicants are involved in serious offences, they are excluded from the scheme in advance even if they are not yet found guilty.

“They may eventually be proven to be innocent, but they are considered high-risk,” Petrides said earlier.
Low came to Cyprus in September 2015 and obtained a passport under the citizenship by investment scheme within two days after investing in some property in the Famagusta district.

He has since been implicated in a scandal at 1MDB, which US and Malaysian prosecutors say was used to siphon out hundreds of millions of dollars.

He deposited more than €5 million in a Cyprus bank in June 2015.

However a due diligence test reportedly found that Low appeared problematic in four of the 14 risk headings investigated and there were a number of risk factors associated with him.

Politis also reported that Low’s girlfriend had also applied for a Cypriot passport but the application was rejected.

In September 2015, Archbishop Chrysostomos II reportedly sent a letter to Hasikos, urging him to look favourably upon Low’s application.

The archbishop also said Low had donated €300,000 money to the theological school when he visited Cyprus.

Speaking to Kathemerini on Sunday the archbishop said closing down the programme should not be taken off the table. He said mistakes had been made because of greed, but that they were “not the end of the world”.

On Sunday Politis reported that in addition to the €300,000 cheque given to the Archbishop for the theology school, Low had also given him a second cheque, for €10,000.

The government announced earlier this week it would initiate procedures for the revocation of the passports granted to 26 people after the uproar caused by recent revelations.

The programme, when it was launched in 2013, required that applicants must have a clean criminal record issued by their country of origin and country of residence if this is different. It also stipulated that applicants should not be included on the list of persons whose property is frozen within the boundaries of the European Union.

The programme has undergone several revisions since 2013. The latest were introduced in February after a backlash and a warning from the EU. The new stipulations state that applicants must have a Schengen area visa and persons who applied for citizenship in any other EU member state and were turned down were not entitled to obtain Cypriot citizenship as part of the scheme.

‘The devil has the best tunes’