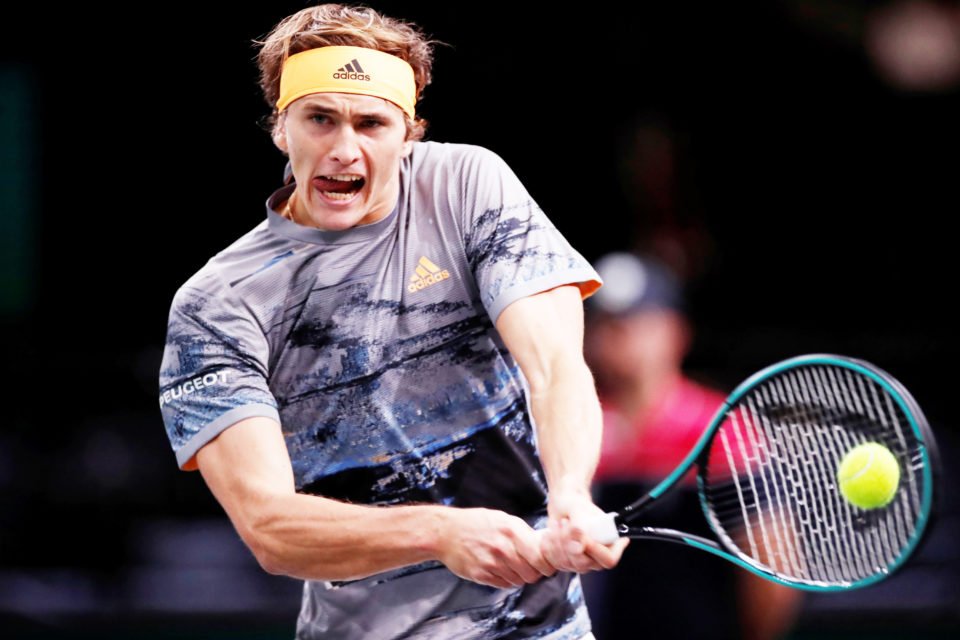 A bright future for men’s tennis can be glimpsed in the line-up for this year’s ATP Finals, according to players young and old.

The seemingly immovable trio of Rafael Nadal, Novak Djokovic and Roger Federer remain atop the rankings with a combined age of 103.

But behind them the young guns are making big moves, and four of the eight players who will do battle in London are aged 23 or under, including the charismatic trio of Daniil Medvedev, Stefanos Tsitsipas and Alexander Zverev.

All three are in the same group for the tournament at the O2 Arena, and it was impossible not to consider this a battle of the generations as they sat next to the fourth member of their quartet, 33-year-old Nadal, at Friday’s press conference.

Medvedev, Zverev and Tsitsipas are well aware how closely linked their futures are likely to be, and there is both tension and respect between them.

Tsitsipas last month described Medvedev’s game as “boring” but was keen to strike a more conciliatory note here, saying: “I believe the competition between us is something really important for the sport.

“We’re all young, we’re just getting started. It’s very fiery. We all want to beat one another when we face one another but for sure we all appreciate each one’s game.

Zverev holds the biggest title of the trio, having won at the O2 Arena 12 months ago, while Medvedev became the first to reach a grand slam final at the US Open, pushing Nadal to five sets.

Zverev sees parallels with the rivalry between Nadal, Federer and Djokovic that has transcended the sport.

The German said: “There’s a very strong group of guys. I think we’ll see (young) guys all of a sudden start to win big tournaments, which we haven’t seen for the past 10 or 15 years.

“I think the next two or three years are very exciting. The other guys are still here playing the best tennis in the world, they’re still better than us, but I think the younger guys are improving quite quickly.”

Nadal laughed at the suggestion his group rivals might make him feel old, saying: “I am 33-and-a-half, that’s old to play tennis, I think young like a human person.

“We can see here there’s a lot of very young players, they’re improving. It’s the normal cycle of life. It’s healthy for the sport, too. They are the future but they are the present. They have good competition between each other for the next years.

“They’re going to fight for the same things. It’s going to be good rivalries for our sport and I will be happy hopefully to keep competing with them for a while, but then I will be happy to watch them on TV.”

Monday afternoon sees Medvedev take on Tsitsipas, with Nadal having been given the maximum time to recover from an abdominal problem before he faces Zverev in the evening.