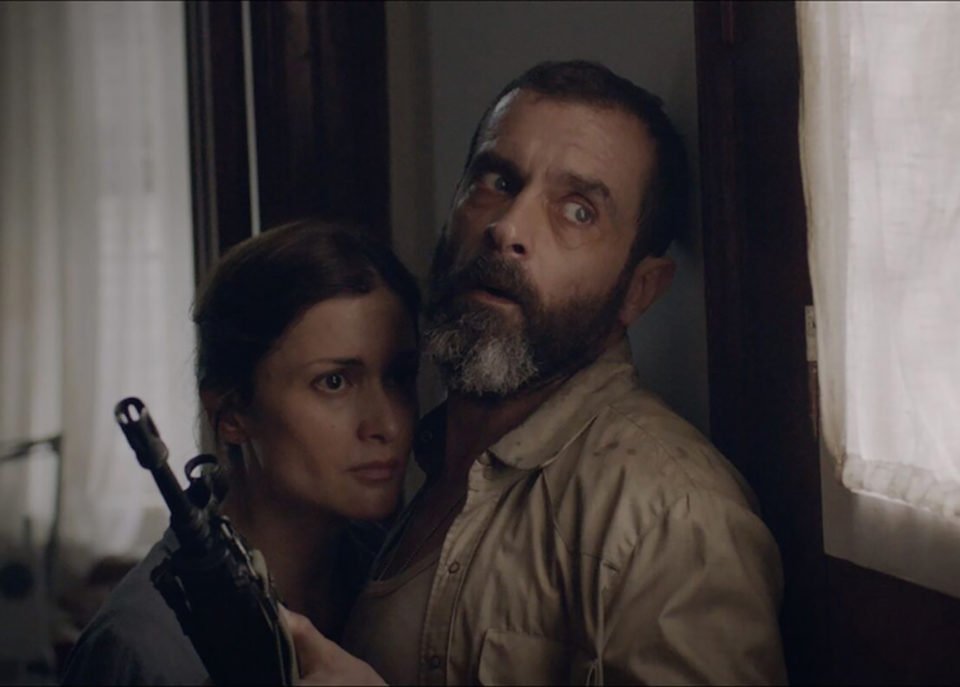 The film is set beside the UN buffer zone dividing Nicosia and tells the story of a bankrupt family’s struggle to hold on to their home, no matter the price.

The film also earned the director a €2,000 cash prize.

Pamballis spoke to Cyprus Mail about the process behind his successful feature.

He described how he moved back to Cyprus from London at the end of 2012 to start what was to be his first feature film as a writer and director.

“But then the haircut happened and, so the funding for the film was cut and the whole project got frozen indefinitely,” he said. “Not only I was upset about what happened to Cyprus, I was also upset that I couldn’t do my film.”

But the financial crisis became the spur for another project.

“I was reading articles about bailiffs knocking on people’s doors to repossess their homes. I read about people killing themselves because of their financial situations.”

The whole project of ‘Siege On Liperti Street’ started from there.

Pamballis said his goal is not to explain the technicalities behind losing or the risk of losing one’s home, as his message goes deeper than that.

“At the time when I was writing a law was being enacted to allow banks to sell off their bad mortgages to third parties. Everything was still being discussed.

“I did a lot of research and a lot of reading about what would happen here with the laws, what the process would eventually end up being, but rather than getting into the legal details of losing a home by focusing on financial austerity, my story is actually one that talks about dignity,” he said.

“It’s about how to maintain, retain or get back your dignity when everything around you collapses, which I believe is a topic that touches every single one of us in one way or another.”

Pamballis has already embarked on new projects in his career and he said he is hoping to revive his initial project that made him move to Cyprus back in 2012.

“I am currently working on two film projects as a writer for two different directors. The first film has a Greek director and a French producer and the other one has a UK director and producer.

“Also, I hope to finalise the writing of the film I started working on years ago and to have it finished and ready for production by late 2020.”

Largest housing project ever in Cyprus will help low-income families