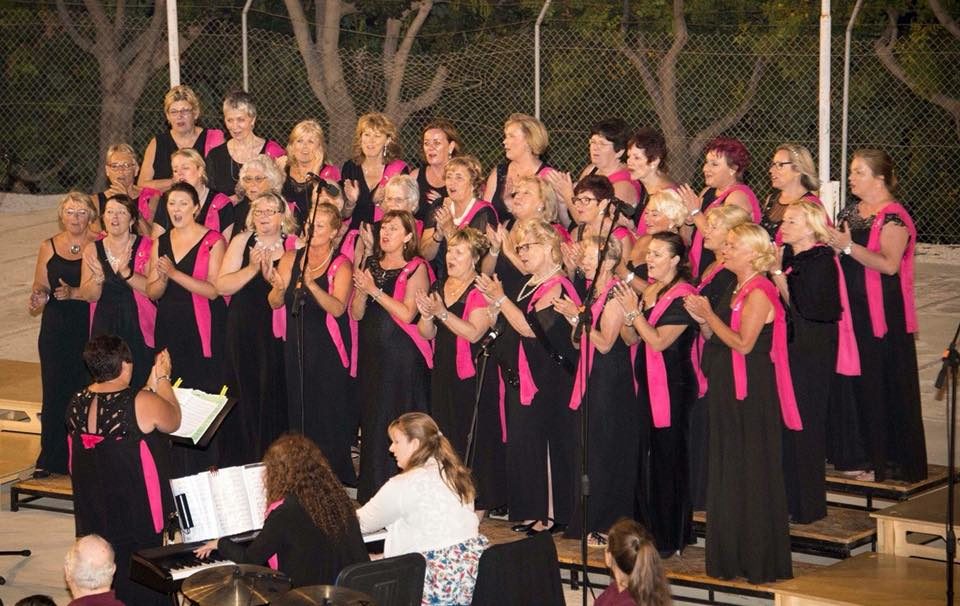 As the shy Cypriot autumn tries to make its appearance, the Achord Ladies Community Choir is busy preparing for its next big performance at Eleouthkia Park, Mandria this week. This time, an evening of music from popular musicals and shows, and songs from film and screen are on the programme.

On Saturday, with a post-concert buffet, musical director Julie Edwards said that: “audiences have been asking us for a while to stage a concert that features music from shows and our repertoire currently does include many songs from musicals and films. We thought it would be good to invite the Paphos-based Andrea Morelli to join us at this concert, as he also has a whole array of repertoire that is fitting for an evening like this.

“We also, this year, have invited the Cyprus Wind Band – a band that has grown evolved from the RAF Akrotiri Voluntary Band – that is spreading its wings across Cyprus. The band will also perform music from the shows but also join in with the Choir and with Andrea for some ensemble items, such as Love Changes Everything from Aspects of Love, and I Dreamed A Dream from Les Miserables. We are really excited about performing alongside the band and, of course, sharing the stage with the lovely Andrea. This will be an exciting programme of music that should be recognised by much of the audience – in fact, we would welcome some singing along!”

Achord has built up a strong reputation across the Eastern part of Cyprus, with their two big concerts each year being very well supported by followers from all parts of the island. The choir is making plans to record its first CD in the Spring and they are currently working towards a Choir Tour in North Wales in the Autumn 2020.

Trump’s impeachment process reminds one of the Salem Witch trials