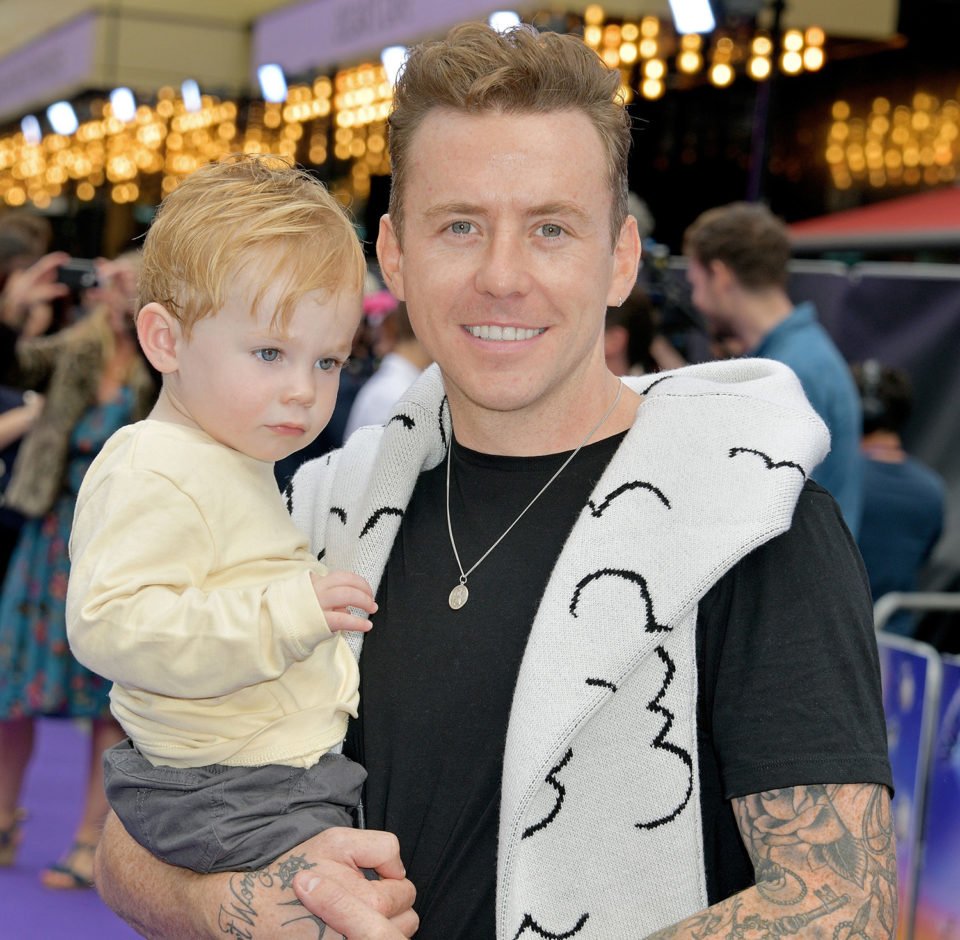 Danny Jones and his son, Cooper at the premiere of A Shaun the Sheep Movie: FARMAGEDDON. Getty/Woolmark/PA.

The McFly singer talks to Gabrielle Fagan about overcoming anxiety, and how being a dad has made him rethink the meaning of success.

Success may seem to come naturally to McFly’s Danny Jones, but for years he was plagued by anxiety. The musician – who’s also a judge on ITV’s The Voice Kids and recently also launched a solo career – first experienced it at 18, when his parents’ marriage broke up just as McFly hit the big time.

The band were working on a movie in New Orleans when he heard, and Jones revealed in an interview earlier this year that he felt his “stability was gone” and “went through a few years of feeling lost”.

That anguish is happily in the past now. The 33-year-old married former Miss England Georgia Horsley in 2014, whom he credits with helping restore his sense of stability, and they have a 20-month-old son, Cooper.

McFly have also reunited after taking a break in 2016, and are due to headline at London’s 02 soon and tour next year. Bolton-born Jones is also an ambassador for Woolmark, supporting their campaign to help people learn about choosing clothes responsibly.

Here, he opens up about anxiety, fatherhood, and staying grounded…

How do you feel about reuniting with McFly?

“Having time away was good, because now we’re back together after three years with a newfound respect and fresh energy and a real appetite to tour. It’s the first time we’ve ever headlined at The 02 as McFly and it’s massive for us. We’ve been through so much together over the years, with ups and downs and changes in our own lives. It’ll be a real family affair as me, Tom (Fletcher) and Harry (Judd) are all dads and we’re going to have a special box for the kids. We’ve never lost touch and nowadays are always swapping parenting tips, about everything from teething to tantrums!

“I’m so happy Cooper can be at the show and I’ve been preparing him by playing him a lot of McFly and showing him ‘daddy on TV’. He’s started dancing around and saying ‘Dada’ when he hears the songs, so I think he’s getting in the spirit of it!”

What does fatherhood mean to you?

“It’s incredible in so many ways and such a deep love. In the early days as a dad, it’s like you have a book cover which you love straightaway, but you haven’t yet discovered the content. Then gradually you relate to this little person as an individual, and that bond and love just carries on growing and growing every day.

“Initially, I felt this pressure that as the man of the family I had to be out there working and providing all the time, but Georgia of course wanted me around to be a dad. It was tricky at times, as we had to work hard to find our balance.

“One of the biggest things I’ve learnt is that I can be at home looking after Coops without feeling I’m not working or not successful. A happy day with Cooper now is a day of success for me. We both parent 50/50 and when Georgia was away recently, I looked after him on my own for 10 days. I learnt a lot – especially about tantrums in supermarkets!”

Has being a dad changed you?

“I’m much more patient and careful about my time-management. Having Coops has also made me so much more conscious of the world we’re living in and being environmentally-conscious. I don’t want him to turn around to me in the future and go: ‘Dad, why didn’t you do something?’ It’s great to be an ambassador for Woolmark promoting wool as a wonderful natural material, and helping people learn about choosing clothes responsibly.”

How is your anxiety now?

“I haven’t had an attack since 2013, which I’m very thankful about because at times it was so horrible. I experienced claustrophobia, coming out in cold sweats, feeling a band tightening around my chest and worrying I was having a heart attack. It’s so scary and I’ve felt like I was dying on occasions. You can’t believe your body can do that to you. I was also plagued with dark thoughts I couldn’t control.

“It was affecting my whole life – my work, health and sleep. I was determined to bury it and say goodbye to it. Admitting to having anxiety was the first big step and bit by bit, I put myself back together.

“Instead of taking medication, I wanted to train my brain to manage it, so I read books, saw therapists, used breathing techniques, and listened to inspiring podcasts. I also improved my diet and fitness. I feel so much better in my mind after I’ve been active.”

Do you enjoy being a judge on The Voice Kids?

“I absolutely love it. I was so scared about doing it at first but it also filled my body with excitement, and I always try and chase experiences like that. In the band, I don’t do much talking – so sitting in that chair, telling my story, and teaching and realising how much impact it has on those kids is incredible.

“Having my son has given me even more understanding and empathy with the kids and really heightened my emotions. What’s great is seeing them do their thing just for the pure love of it – there’s no desperation or bad habits and they have total support with their family there.”

How do you look after your health?

“As a kid I loved being active, whether it was football, running, boxing or bike rides with the family. But in the early days in McFly, I never thought about working out because we were so focused and busy gigging and touring. I never even particularly worried about what I looked like. I do look back at some photos and think: ‘Whoa, what did you look like?!’

“Nowadays, I’m conscious about health and building muscle, and I do gym workouts and enjoy football and golf.”

How do you look after your wellbeing?

“A big part of my wellbeing is my family, which is my stability, and my home which is my sanctuary, where I can escape everything. When you’re in a band, you’re in your own bubble – but when I’m not doing that, I want that same sort of bubble of security and a foundation where I can be myself and at peace. I have that now with Georgia, who was wonderful when I was going through my anxiety, and Cooper.

“Song-writing is a brilliant way to express emotions and it was wonderful to release a lot of feelings about all my past experiences through my songs for my latest solo tracks.”

“Building my life out of music, because it’s doing what I love every day. I can put all my passion and commitment into it and it never feels like work. I feel so lucky to play the guitar, sing, make music and make people happy, and create a good life for family through that.”

“Surround yourself with good, honest people who will help you stay grounded and centred. The highs are so high and the lows can be so low in this business, you need the people you love around you so you can share those times – good and bad. They can keep you in check and bring you back to down to earth when you’ve got big-headed!”

Danny Jones is an ambassador for Woolmark and is supporting its Shaun the Sheep partnership to help his son learn about choosing clothes responsibly. A Shaun The Sheep Movie: Farmageddon is in cinemas nationwide now.