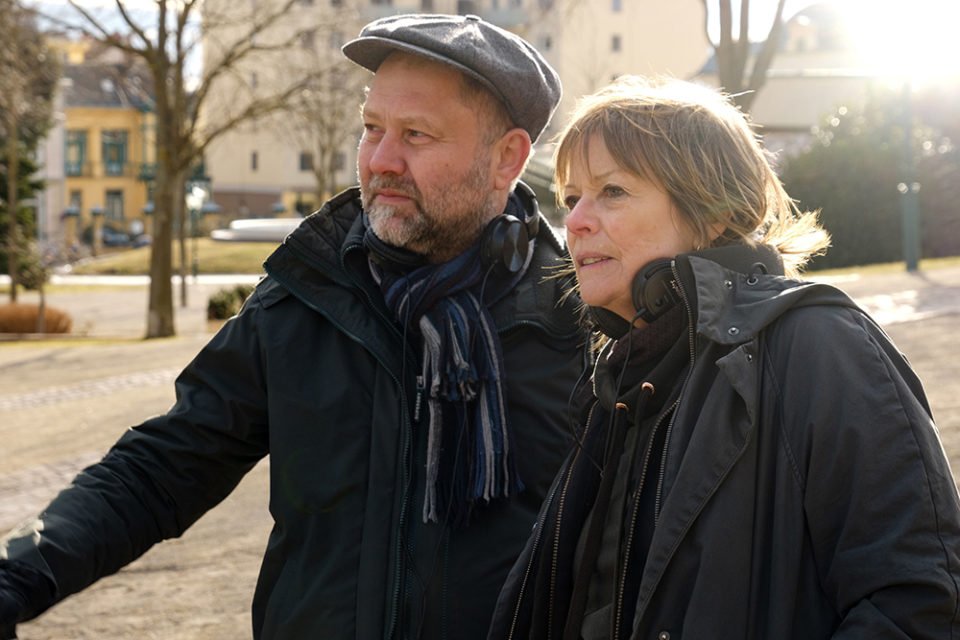 New crime drama Vienna Blood is based on the bestselling Liebermann novels by Frank Tallis. Georgia Humphreys hears from writer Steve Thompson, and stars Matthew Beard and Juergen Maurer, about the appeal of the show, plus their experience of filming in Austria.

Steve Thompson is no stranger to adapting great detective fiction.

The 52-year-old writer is perhaps most famous for his work on Sherlock, the worldwide BBC hit series based on Sir Arthur Conan Doyle’s stories, starring Benedict Cumberbatch and Martin Freeman.

“The period detail in the novels is phenomenal,” enthuses Thompson, who also wrote ITV’s Jericho. “It’s just dripping in detail.”

He elaborates avidly: “It was an incredibly vital time for the history of Vienna – so much was changing.

“This was the birth of modernism, the clash between the modern and the old cultures was happening, not only in medicine, psychology, but also in music, art and architecture, and that clash, that richness of culture, Frank sums up so beautifully.”

Max is the protege of Sigmund Freud and, keen to understand the criminal mind, he jumps at the chance to observe Detective Inspector Oskar Rheinhardt, who works in the Vienna Police Department.

Struggling with a perplexing case, Oskar finds Max’s extraordinary skills of perception and forensics, and his deep understanding of human behaviour and deviance, very useful.

Each episode is 90 minutes long. The first one, called The Last Seance, sees Max and Oskar called to assist in the search for the killer of a beautiful young medium.

The door is locked from the inside and the bullet inside the corpse has mysteriously vanished, suggesting a supernatural power is at work.

Meanwhile, we learn more about the pair’s personal lives, including Max’s complicated relationship with his long-time girlfriend, and Oskar’s tragic past.

WHO ARE THE LEAD STARS?

Matthew Beard – best known for films such as The Imitation Game and And When Did You Last See Your Father? – takes on the role of Max, a middle-class British Jew who moved to Austria in his teens.

Now a junior doctor, he has fallen under the spell of the new science of the day and is studying neurology.

“I was already interested in Freud, I had done psychology at school and I did English literature at university, and did many Freudian-angled papers – much to the distaste of many of my teachers, he’s actually not popular at all now in academic circles,” quips the London-born star, 30.

“So I already had an interest in it, and loved an excuse to go into that.”

Meanwhile, 52-year-old Austrian actor Juergen Maurer plays Oskar, a half-Slovak police inspector with something to prove to his superiors.

“I feel a lot towards this man and his character. Everything in my life is so much easier than it was, or is, in Oskar’s life, but I have lots of compassion for him. I think he’s a good man, he’s troubled and a sad character, but I like his convictions.

“I like the way he thinks about justice and social justice, especially the way he has a problem with authority is something I feel connected to, so we stand quite near to each other!”

HOW HAS IT BEEN ADAPTED FOR THE SCREEN?

This show is a great example of a global co-production – filmed in Austria but with the script in English, it will also be shown in Germany and Austria.

“Shooting this series is definitely different to the work I am used to doing in Austria and Germany as a film actor,” notes Maurer, who’s previously starred in long-running German cop show Tatort.

“It’s the first production I’ve shot in the English language, which is very special, and I definitely wouldn’t mind becoming familiar to an international audience!”

Thompson found having so much material – the book is 600 pages long – challenging.

“It sounds slightly absurd, but the real question is what you leave out.

“So, it’s really about stripping back, which seems like a brutal thing to do, but of course it has to come down to the spine of the relationship between those two characters.”

WHERE WAS IT SHOT?

The show was filmed on location in Vienna, and the beautiful city is a central character.

“One of the excitements for me about this whole project was, I simply didn’t know Vienna,” says Thompson.

“I went there as I was learning about the show and creating the show, and my excitement and love affair with Vienna is part of what we see in these three episodes.”

Asked how he prepared for the role, Beard recalls that he arrived in the Austrian capital about two weeks before shooting, which was “really valuable”.

“I went to a lot of the art galleries and I watched a lot of documentaries about what was going on at the time, because in 1906 there was huge burst in architecture, art and science, so I tried to explore all of that.

“I went to see the Egon Schiele, I went to visit the Adolf Loos buildings and tried to get a feel of what was going on in 1906.”

ANYTHING ELSE WE SHOULD KNOW?

As well as being an intriguing crime drama, Vienna Blood is also a show about friendship.

Thompson hopes that people “buy into Max and Oskar and their lives, and in particular their friendship.”

“They become great buddies and it becomes a very warm relationship,” he continues, “and they’re people you want to hang out with; that’s right at the heart of it.”

Beard, meanwhile, notes that an interesting twist is the fact he is an English actor and Jeurgen is an Austrian actor.

“Sharing a sense of humour or sharing a joke – these things which are supposed to require a really sophisticated level of language, but we’ve found ways to enjoy each other’s company and we really enjoy the banter with each other on screen. I hope that comes across,” he adds.

“Juergen is such a joy to work with that it was so easy – pretty much from minute one I knew I was going to love our scenes together.”

Hong Kong protesters have no interest in democracy and freedom