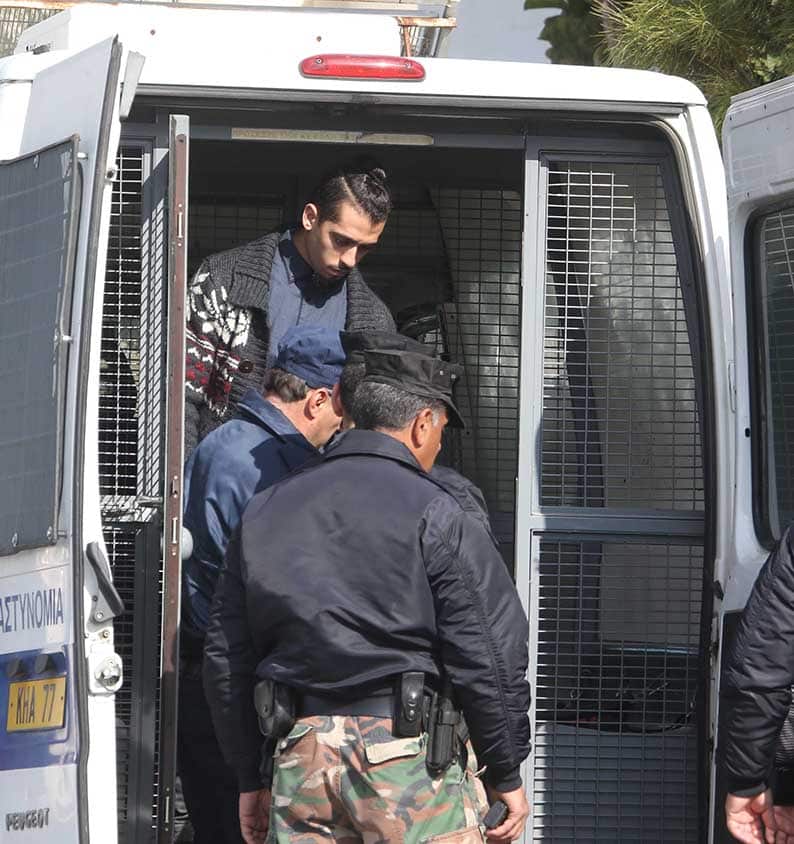 Following the prosecution’s closing arguments on Wednesday, the Nicosia criminal court announced it will be delivering its verdict in the trial of the last defendant in last year’s double murder of a teacher and his wife on January 29, 2020.

Faced with life imprisonment, Marios Hadjixenophontos claimed he had been forced to follow the main perpetrator of the crime, Lozios Tzionis, into the Strovolos home of teacher Giorgos Hadjigeorgiou, 60, his 58-year-old wife Dina Sergiou, and their son, 15, on the night of April18, 2018.

Tzionis killed the couple by inflicting multiple stab wounds though he spared the teenager’s life, despite him seeing his face.

Hadjixenophontos is the last of four defendants on trial. Tzionis pleaded guilty late in the process and got two consecutive life sentences, his girlfriend Sarah Shams was jailed for four years after she pleaded guilty to lesser charges, as did his stepbrother, Lefteris Solomou, who is doing a six-year stretch.

“The defendant was never threatened or forced by anyone to participate in this horrific plan to commit heinous crimes against a peace-loving family, whom he didn’t know, but didn’t hesitate to take part in the violent slaughter of the parents,” state prosecutor Polina Efthyvoulou said in her closing arguments.

She described the case as one of unprecedented violence and brutality, unfolding inside the home of a peace-loving family in a quiet neighbourhood in Nicosia.

“The residents had never hurt or provoked anyone,” she said. “The family was wiped out, the parents were slaughtered inside their home and their underage son … also a victim, was violently abducted from his bed by an unknown individual who wielded a knife, coldly informed that his parents had been murdered, forced to let the defendant inside the house, and locked in a basement cellar until he managed to escape and see his parents in a pool of blood, viciously murdered,” Efthyvoulou said.

Hadjixenophontos not only wasn’t threatened by Tzionis, but in contrast to Shams and Solomou who believed the objective was robbery, it transpired from the evidence that together with Tzionis he had decided to kill these people in the sanctuary of their home while they slept, she said.

The messages Tzionis sent the defendant on April 17 showed that the pair acted together in an organised and planned manner, the prosecutor said.

“After the heinous crimes, the defendant, desperately seeking his co-defendants, calls murderer Tzionis ‘my man’ and waits for him at the ‘location’ to finish their plans, stealing whatever they could from the murdered couple’s home,” Efthyvoulou said. “They are seeking each other, as two co-defendants are expected to do. Certainly, this is not the behaviour an average person would expect from someone who was threatened to follow a killer, against his will, who was forced to assist him in his hideous designs.”

Efthyvoulou said the defendant never made any claims of threats or duress upon his arrest and early during his detention.

“On the contrary, he had elected to say they acted together but Tzionis for some reason killed Giorgos and Dina Hadjigeorgiou while he ‘never hurt anyone’.”