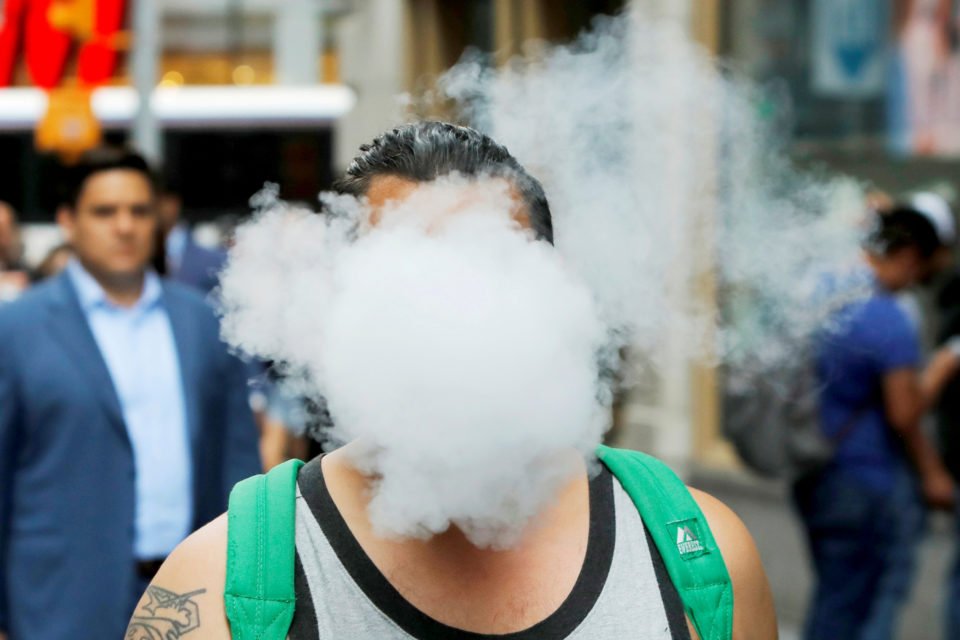 A 17-year-old Michigan boy facing “imminent death” from vaping injuries has undergone a double lung transplant, the first in a patient suffering from the effects of e-cigarettes, a Detroit hospital said on Tuesday.

The announcement by Henry Ford Hospital came a day after President Donald Trump said he would meet with industry representatives as his administration weighs new regulations amid a nationwide outbreak of vaping-related illness and deaths.

“This teenager faced imminent death had he not received a lung transplant,” Dr. Hassan Nemeh, surgical director of thoracic organ transplant at Henry Ford Hospital, said in a statement announcing the mid-October procedure, which he carried out with two other surgeons, assisted by a team of experts.

Family members of the boy, who was not identified by name, said in the statement that they had asked doctors to make public the “horrific life-threatening effects” of vaping.

“Within a very short period of time, our lives have been forever changed. (The boy) has gone from the typical life of a perfectly healthy 16-year old athlete … to waking up intubated and with two new lungs, facing a long and painful recovery process as he struggles to regain his strength and mobility, which has been severely impacted,” family members said.

On Thursday, the CDC reported there had been 2,051 confirmed and probable U.S. lung injury cases and 39 deaths associated with e-cigarettes or vaping products.

Nearly 85 percent of lung injury patients in the nationwide outbreak have reported using products containing THC, the substance in marijuana that gets people high, although it was not clear if that was the case for the Michigan patient.

On Friday, the U.S. Centers for Disease Control and Prevention said that lung samples taken from 29 patients with vaping-related injuries suggest all contained Vitamin E acetate, a discovery they hailed as a “breakthrough” in the investigation.

The Michigan boy was admitted to St. John’s Hospital in Detroit on September 5 with what appeared to be pneumonia and was intubated a week later as his ability to breathe worsened, doctors at Henry Ford said.

He arrived at Henry Ford on October 3 critically ill and suffering such severe lung damage that he was placed at the top of the list for a transplant, which was performed on October 15, the hospital said.

The young patient was given a “very good prognosis,” Henry Ford said, but faces a long recovery.

Plant of the week: Use of toxic plant can lead to mental derangement