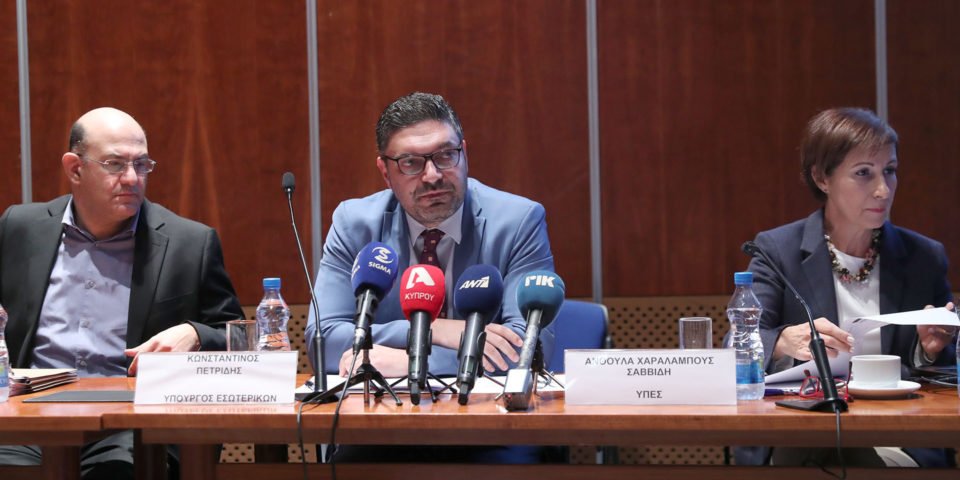 Cyprus compares favourably to other EU countries on the scale of affordable housing, Interior Minister Constantinos Petrides said on Wednesday but changes to the landscape mean demand is ever-increasing and poses a challenge for the state and society.

Speaking at a presentation on the issue, the minister said that affordable housing is measured by how much a household spends from its gross income either on rent or mortgage. The standard international limit is fixed at 30 per cent.

According to Petrides, in 2017, the latest available figures show that just 2.8 per cent of people in Cyprus spend this much on putting a roof over their heads. The EU average stood at 10.4 per cent.

“So the challenge we face as a state and as a society is increased demand for affordable housing,” he said, citing recent changes to the dynamic such as higher rents due to increased student populations, Airbnb rentals and tighter financial controls meaning home loans are not as easy to secure as in the past. All of these factors had taken up housing availability, he said.

“In Cyprus, the housing problem has arisen primarily as a result of past over-indebtedness, which did not take into account debt repayment capacity, but also past unsustainable housing policies played a role,” Petrides said.

“Rising housing demand due to increasing student numbers and increased interest in Airbnb-type leases have reduced availability on the market. At the same time, there has not been a satisfactory increase in the construction of new buildings in recent years due to the financial crisis, as well as the difficulty of lending due to tighter controls.”

Petrides said significant planning mistakes had also been made in the past and that modern planning tools had not been used.

He said the housing plans that were implemented had no specific targeting and alignment with other policies.

“In the absence of sound public policies and proper control systems the problems that arise are great,” he said citing social, environmental, public transport problems and crippled growth prospects.

“But the system must also be balanced between a viable long-term policy and the heavy controls that this policy entails, and indeed some unnecessary bureaucratic procedures.”

It is for this reason, he said, more flexible approaches are used in most other developed countries.

Petrides said that through the new housing policy framework announced earlier this year, the government aimed to both increase the supply of affordable housing units and target the allocation of state resources to population groups in a more efficient way.

He said that the interior ministry in cooperation with various stakeholders, such as the land development corporation Koag, the technical chamber Etek, local authorities and the housing finance agency a new seven-pillar policy was being implemented since July.
Some of the schemes include targeted housing assistance for communities living in mountain areas and along the buffer zone.
The government has previously stated that under the new measures an 80 sqm two-bedroom flat would cost around €70,000. Koag is accepting applications until the end of the year

Cypriot citizens, as well as other EU nationals residing in Cyprus for the past five years, are eligible to apply provided they did not own a house in the five years before the application.

The units will be priced taking into account the average construction cost published by the statistical service. Currently, the cost for a flat is around €870 per sqm whereas that of a house is €1,050.

The owners cannot sell the unit before 10 years had elapsed from the day it was acquired and it must be used for at least 10 years for permanent residency. Eligible individuals can only benefit from the scheme once.

Cypriots have a complete disregard for traffic laws