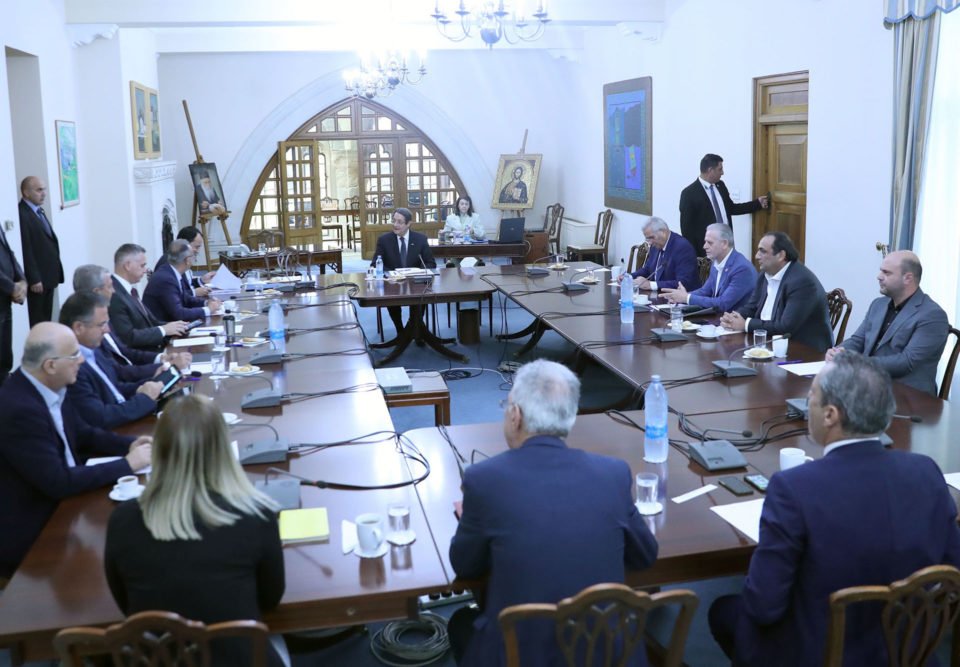 President Nicos Anastasiades conceded on Wednesday that he had told former Turkish Cypriot leader Mehmet Ali Talat the upcoming tripartite meeting in Berlin would be in vain and a waste of money.

He said he had briefed the National Council on exactly what he said during the meeting earlier in the day.

Anastasiades said the reason for his lack of optimism was due to previous conversations he had with Turkish Foreign Minister Mevlut Cavusoglu, which indicated to him there would be no result from his meeting with Turkish Cypriot leader Mustafa Akinci and UN Secretary-General Antonio Guterres in Berlin on November 25.

“I informed the National Council of what I specifically said to Mr Talat, knowing or taking into account the statements of Mr Cavusoglu in September and October. And what I have told him [Talat] is I regret to say that based on Turkey’s stance, what I appreciate is that, unfortunately, the meeting of November 25 in Berlin seems to be an informal meeting with no result and we will be left only with the cost. That’s exactly what I said,” Anastasiades added.

“What I am sorry to say is that Mr Talat failed to say that the reason was my conclusion that Turkey’s attitude and positions do not bode well for a promising course.”

Anastasiades said the position of the Greek Cypriot side remained one of determination and political will to go to the meeting with a “positive spirit and creative ideas” in order to achieve terms of reference that will lead to a five-part conference in order for a new dialogue to begin.

Asked about his brief conversation with Guterres on Tuesday in Paris, the president said the UN chief’s main aim was to convene the tripartite to create conditions to move forward.

“It is not up to the SG to exert pressure so what remains is the will of the other side,” he added. UN envoy Jane Holl Lute is due in Cyprus this coming weekend to help the leaders prepare for the Berlin meeting.

Speaking after the National Council meeting, government spokesman Prodromos Prodromou said the party leaders had been briefed on all of the latest developments.

Prodromou said the Greek Cypriot side believed the terms of reference could be clinched on the basis of what the leaders agreed at their meeting on August 9 this year.

“We hope that there will be constructive cooperation in the Berlin meeting so that negotiations can begin as soon as possible,” he said.

Opposition Akel leader Andros Kyprianou, who has been highly critical of Anastasiades’ handling on the Cyprus issue and has questioned the president’s commitment to a solution, said after the meeting: “We insist that we should go to the Berlin meeting with the approach of convincing ourselves of the need to reach the terms of reference and to resume substantive negotiations.”

He said things had become very difficult and complex.

Asked if he was convinced by the intentions of the president Kyprianou said: “Now why do you ask me this question? Akel’s positions are well known and have not changed. But I do not want to get involved in such a debate ten days before the meeting in Berlin. Beyond that I insist that the tripartite will be very decisive. It matters how we go to this tripartite, what we will do, how persuasive we are, so let’s wait to see the results.”