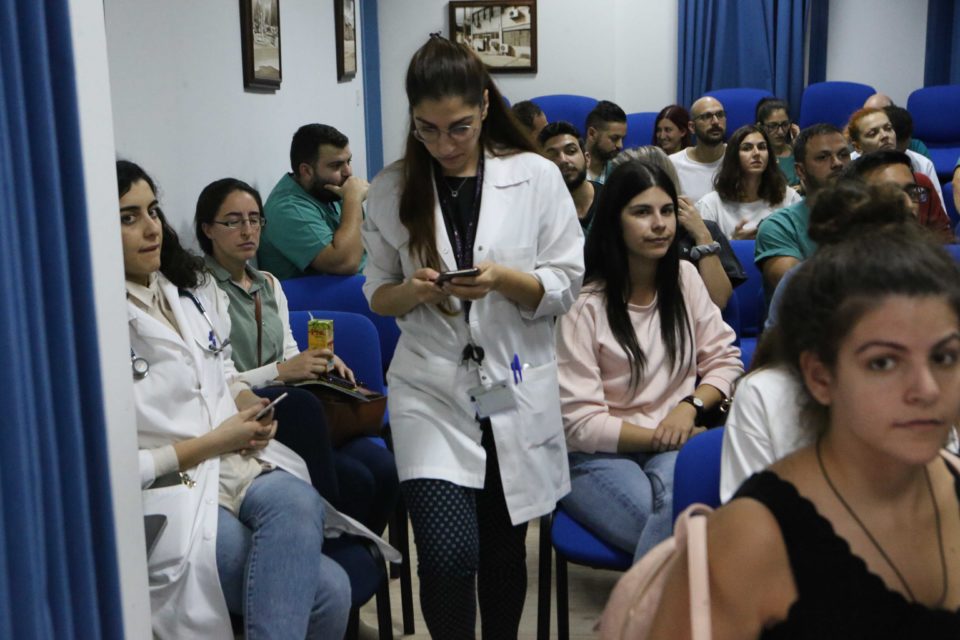 Trainee medical specialists meeting on Wednesday to highlight their demands

About 200 medical trainees from hospitals all over Cyprus staged a three-hour strike in all public hospitals on Wednesday.

The strike lasted from 10am to 1pm and was aimed at raising awareness over problems related to taking the final examinations needed to qualify as a specialist doctor in Greece, the Cyprus medical council said in a statement.

The statement said that doctors had shown enough patience but, despite assurances from the Cyprus health ministry that the issue would be solved, the response from its Greek counterpart has been unsatisfactory.

“For more than three years now, all medical trainees in Cyprus have seen a regulation change that imposes one year of training before their final specialisation exam that will allow them to start working in Greece,” State doctors’ union Pasyki representative Aliki Anasthasiou had told the Cyprus Mail on Monday.

“Many of the people who have to train for a year after they finished their medical specialisation have families and it will be very difficult for them to wait another year before they can start working properly.”

The regulation was implemented in 2013 and was targeted at medical students who finished their undergraduate studies in 2014.