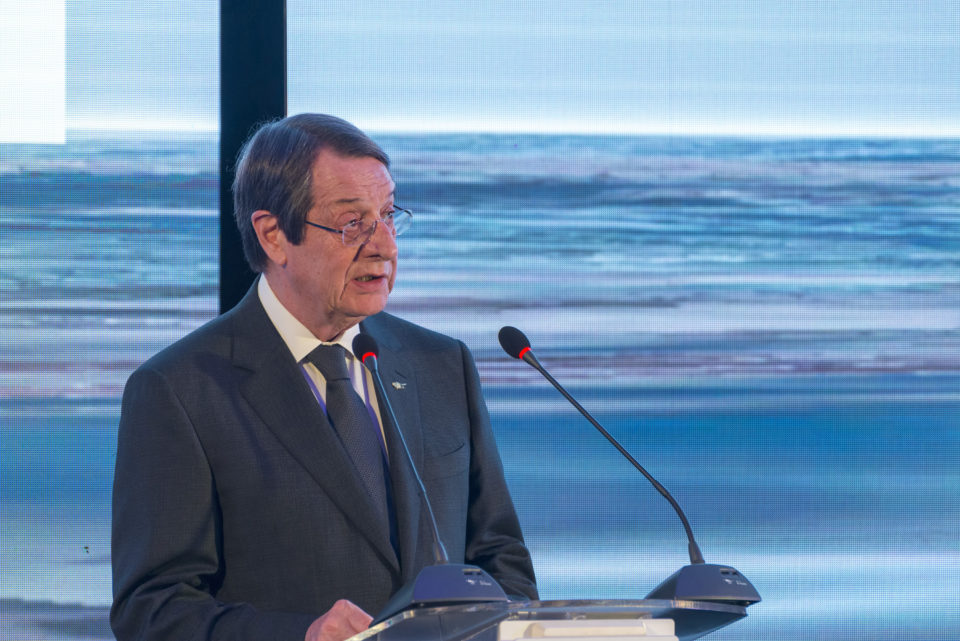 President Nicos Anastasiades said on Thursday he would be pleased if the Turkish Cypriot side’s constructive attitude was not so much focused on defending their “legitimate rights” but also respect those of the Greek Cypriots.

He was responding to Turkish Cypriot leader Mustafa Akinci’s address on the occasion of the 36th  anniversary since the 1983 unilateral declaration of independence (UDI) in the north marked on November 15.

The main event to mark the UDI in the north will take place on Friday with Akinci reportedly breaking the tradition of riding in the back of a military vehicle as this year he will be greeting attendees from a Cadillac.

Akinci said in his address earlier on Thursday that Turkish Cypriots who, as a community had learned the value of peace by experiencing war and which was well aware of the need for a just and equitable solution would continue to walk the path of peaceful and modern values set by Kemal Ataturk.

He added he would go to the tripartite meeting on November 25 in Berlin “for the establishment of a future which we will have political equality, security and freedom.”

“We will be there with a constructive manner and will claim our legitimate rights to the end,” Akinci said, expressing hope that the meeting would be a productive one.

On the hydrocarbons issue, Akinci reiterated that it has been causing tensions in the  Eastern Mediterranean in recent years, while the exclusion of the Turkish Cypriots and Turkey from the energy equation was not helping to defuse this tension.

“Efforts are being made to implement unrealistic and economically or commercially unviable projects just for the sake of excluding Turkey and the TRNC,” he said.

Akinci also said that the proposal he had made to the Greek Cypriot side for the establishment of a committee for the co-management of natural gas aimed at defusing tension and which was a win-win situation was still on the table.

He also said that close relations and solidarity with Turkey would continue, stressing that the Turkish Cypriots will not allow any threat against their freedom, equality and security after so many years of bitter experiences.

Anastasiades said in response that he would have been pleased “if the constructive stance of the Turkish Cypriot side was not focused only on the “legitimate rights” of the Turkish Cypriot community, but, through the necessary show of respect to the legitimate rights of the Greek Cypriot community, and in particular those that have been violated as a result of the illegal invasion and continued occupation since 1974.”

He said that the Greek Cypriot side has proved during the past 45 years its honest political will through “historic compromises” so that both communities’ legitimate rights are ensured.

“This does not mean, of course, that by invoking the safeguarding of the legitimate rights of the Turkish Cypriot community, unprecedented conditions of international law can be created and provisions for one community to prevail over the other,” he said.

He added that the Greek Cypriot side proved it respects the concerns of the Turkish Cypriot community by accepting political equality, “but adherence to claims that create privileges not met in the constitution of any other country member of the UN or the EU is not a guarantee of legitimate rights, but is a democratic paradox and will lead to a dysfunctional and unsustainable solution.”

On the energy issue, Anastasiades pointed out that the Republic of Cyprus and its sovereign rights are not under negotiation and urged Akinci to respect the convergences reached between former leaders Demetris Christofias and Mehmet Ali Talat, which were reaffirmed during the dialogue between them.

He recalled his counterproposal to “that fully safeguards the rights of the Turkish Cypriot community.”

Anastasiades reiterated his determination to go to the trilateral in Berlin with political will and absolutely positive on the adoption of the terms of reference for the resumption of talks as per the understanding reached in his meeting with Akinci last August.

Escaped psychiatric patient turns himself in