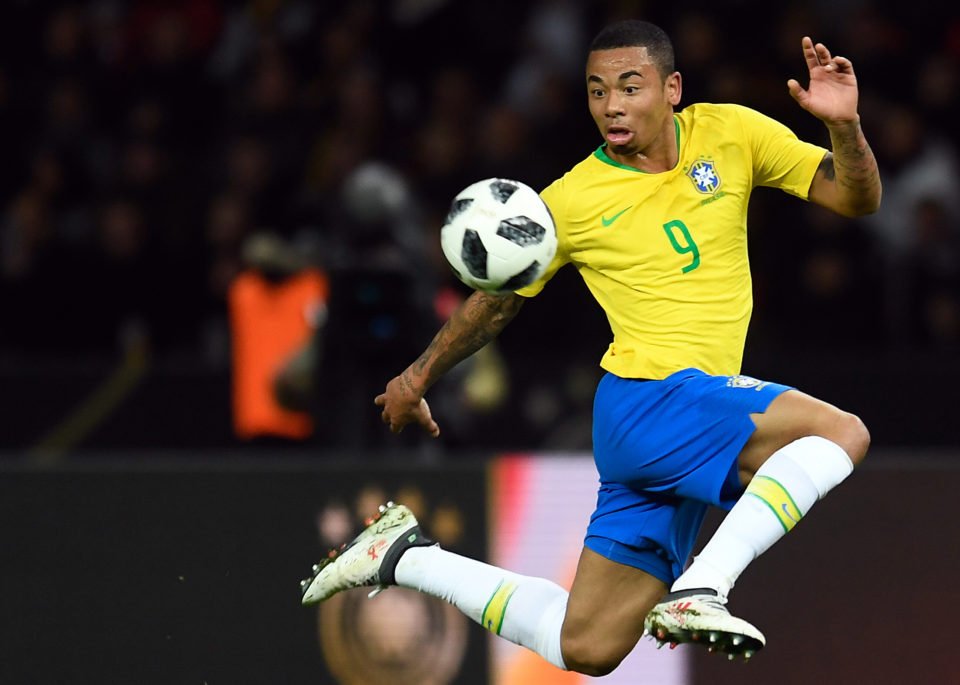 Brazil forward Gabriel Jesus is determined to get one over on Manchester City team-mates Nicolas Otamendi and Sergio Aguero when they tackle Argentina in Saudi Arabia.

The South American giants meet at the King Saud University Stadium in Riyadh on Friday to renew their fierce rivalry following a 2-0 victory for Brazil in the Copa America semi-finals.

However, since lifting the trophy on home soil, the Selecao have not won a game, with three draws and also a defeat against Peru in Los Angeles.

Argentina are expected to have captain Lionel Messi playing for the first time since his three-month suspension.

The sanction was handed out by South American football confederation CONMEBOL for Messi’s comments claiming his side had suffered “corruption” at the Copa America after the Barcelona star was sent off in the third-place play-off win over Chile.

Manchester City striker Jesus, meanwhile, served his own two-month ban following his reaction after being dismissed for a second yellow card in the Copa America final – having remonstrated with the referee before punching a dugout, pushing pitchside VAR equipment and then storming down the tunnel in tears.

The 22-year-old, who scored in the 3-1 win over Peru at the Maracana, hopes to be able to make the most of another opportunity to impress in the gold of Brazil – and at the expense of his club mates back at the Etihad Stadium.

“It is always good to play a match of this magnitude – Brazil and Argentina is the greatest football classic,” Jesus said.

“I always play very hard, with star players on the other side too. Hopefully it is a good show and hopefully we will be victorious.”

Jesus added, quoted on the Brazilian Football Confederation website: “I talked to Otamendi, I was joking with him – I said if he bumped me I would give it back!

“When we are together in the club, we all swim in the same direction. Now I defend my country, and they their own country. Let them do their best, but there is rivalry.”

Brazil are without Paris St German forward Neymar and Manchester City goalkeeper Ederson for the friendly as they both continue to recover from injury.

Tite’s squad are set to play South Korea next week in Abu Dhabi, which will be their last warm-up match ahead of the start of the 2022 World Cup qualifying campaign in March.

Argentina trained in Mallorca before heading to Saudi Arabia, with Lionel Scaloni’s side unbeaten since their Copa America defeat to Brazil.

“He’s a great player, unrivalled, the best in the world. But we’ve faced Argentina before and this will be no different to those times,” said Willian, quoted by Spanish newspaper Sport.

“We have to give him a lot of attention, we must restrict the space he has.

“We won’t man-mark him, what needs to happen is we need to close down the space around him. Above all we can’t allow him time to think.”

Anastasiades: malicious acts will not stop protection of Akamas (Updated)