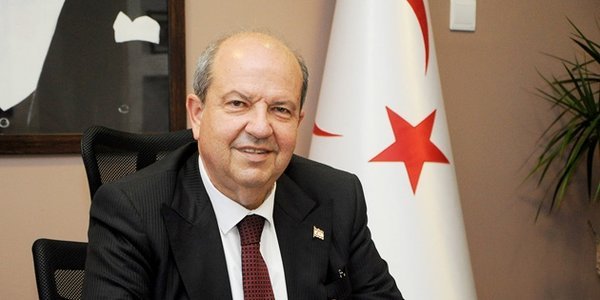 Turkish Cypriot ‘prime minister’ Ersin Tatar has dismissed suggestions this week that he cannot travel to any country apart from Turkey over the possibility of him being sought by authorities abroad for his role in the Polly Peck scandal in the early 90s.

Tatar was the assistant treasurer of the company at the time, and it is alleged that he assisted Polly Peck boss Asil Nadir in the dishonest movement of money.

Turkish Cypriot dailies Kibris and Diyalog said on Wednesday that Tatar had asked Turkish police to check with Interpol whether he was being sought, reportedly ahead of a trip to London later this month.

The response was that he wasn’t, the papers said.

Contacted by the Cyprus Mail, the UK’s Serious Fraud Office said the Polly Peck case was not closed but would not elaborate further.

“An aspect of the investigation into Polly Peck remains open,” the SFO said in an emailed response. “As such, (we) can neither confirm nor deny interest in Mr Tatar and cannot comment further.”

One Tatar Ersin Rustem, however, appears on the Republic’s police stop list with a note to inform the CID if located.

A source said the notice has been in place since 1993 and relates to the Polly Peck case.

Nadir fled to the Turkish Cypriot breakaway in 1991 and remained there until 2010 when he returned to Britain to face trial.

He was jailed in 2012 for 10 years for stealing £29m from Polly Peck, a textiles company which he transformed into one of the most successful British firms of the 1980s.

Nadir was extradited to Turkey in April 2016 following a British government policy to remove foreign criminals to their own countries.

He was released after reportedly spending less than 24 hours in a Turkish prison and returned to Cyprus.

During his trial, investigators told the court they had questioned Tatar over a document he had torn up.

Tatar told police it was related to money transfers to the north and he didn’t want them to find it in his possession.

Prosecutors told the court that the torn pieces of paper were reassembled by police.

They showed the name and address of Ersin Tatar and details from Barclays bank statements and references to financial transfers to Impexbank in 1990, a Turkish bank purchased in 1988 by Asil Nadir.

In an interview with Yeni Duzen in 2011, Tatar said the money transfers were done on the instruction of Nadir whom he trusted.

“These transfers were made with the orders and signature of Asil Nadir. At the end of the day I took the orders from the chair of the board and did what was necessary because it was an order from Asil Nadir. I trusted him so much that I didn’t have the slightest suspicion there was something wrong. After all, this money went to investments. There was also accounts of assets and liabilities. I hope he gets acquitted.”

Ten per cent of Cyprus population has diabetes