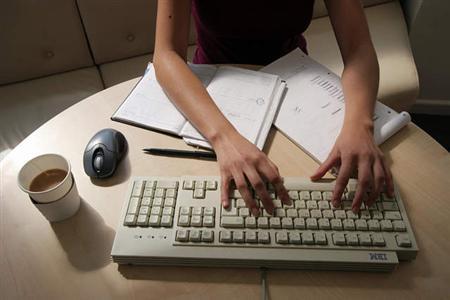 Pervasive abuse of women on social media is driving female leaders off the internet and, in some cases, out of a job, a conference heard on Thursday.

Two years after the global #MeToo movement began with women finding strength in numbers by sharing stories of sexual harassment, virulent online abuse of women has now pushed some out of public life.

Be it politicians or activists, many have called it a day and blame their digital detractors for the decision to bow out.

“Why should I go on a platform where I’m being called a bitch and a whore?” Karuna Nundy, one of India’s top court lawyers, said on the sidelines of the Thomson Reuters Foundation’s annual conference in London.

“Trolling can be extremely upsetting. It can sort of reach inside your phone, get so personal and right in your face,” said Nundy, who has stuck to her job despite years of online slander.

Former US presidential candidate Hillary Clinton said this week that social media – from Facebook to YouTube – rewards abusive posts and conspiracy theories, many of them directed at high-profile women.

Her comments came after a number of female politicians said they would not stand at Britain’s December 12 election, citing abuse on social media platforms that included rape and death threats.

Given the explosion in digital hate mail aimed at women, Nundy said: “Platforms have to do something.”

Social media firms are under pressure to remove the bullies, and Twitter has promised tougher rules on online sexual harassment and stronger penalties for the trespassers, too.

Abuse can range from ‘doxing’ – revealing personal data such as a home address or child’s name – to posting nude pictures.

She said the rapid growth of social media meant more women in public life were on the end of attacks.

Technology alone is not to blame, said writer and disability campaigner Sinead Burke, urging users to think twice before they post on massively popular platforms such as Facebook or Twitter.

“Yes, we can blame the platforms for their algorithms… but how do we ensure that people understand the responsibility of their own actions?” said Burke, who lives with achondroplasia, a bone growth disorder that causes dwarfism.

Burke recalled when a teenage boy leap-frogged over her while his friend shot a video of it to upload on social media “in an attempt for virality”.

“The problem is not the technology – it’s people.”

Anastasiades: it would be nice if TCs respected the rights of Greek Cypriots

Nominations for the 12th annual Hearts of Gold Awards open