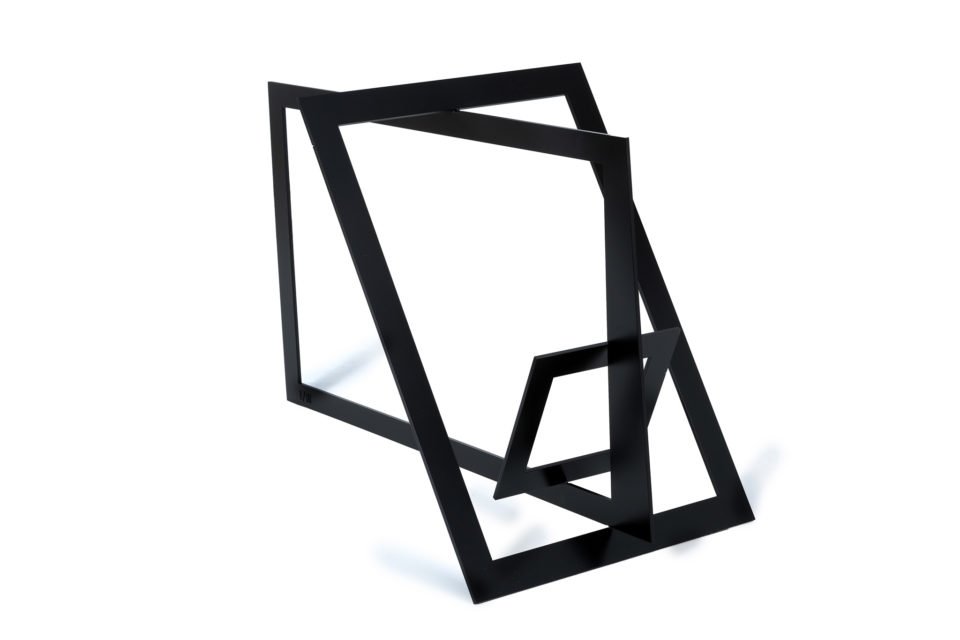 Young Cypriot sculptor Dimitris Ekonomou, is getting ready for his third solo exhibition at Alpha C.K. Art Gallery. Opening on November 20 and titled Animatic, it will run for 10 days.

This new series of sculptures includes a number of small and medium-sized works as well as some large sculptures of about 2 metres. The material used for this body of work is iron and the pieces are characterised by straight and simple lines and surfaces with abstract and minimalistic tendencies.

Though it’s not just sculptures that the exhibition includes as several paintings are also part of it, also linear, minimal and monochrome, but with expressiveness and contemporary perception of people and society.

Mixing numerous art forms perhaps reflects Dimitris’ varied art studies. Born in 1989 in Baltimore, USA, he studied History of Art and Writing at Brown University and continued his studies in Sweden with Industrial Design at the Umea Institute of Design.

After his studies, he worked as a sculptor for the Piet Hein Eek Studio in Eindhoven, the Netherlands, where he created huge-scale busts of junk in the Eek workshop.

If his name rings a bell, it’s perhaps because he is one of the producers of The Green Line. The virtual reality documentary took part in Cannes Next, which promotes cinema innovations and made a world premiere at the 71st Cannes Festival 2018 and was nominated for awards at 16 international film festivals, winning four times the Best VR Movie award.

For his latest solo work Animatic as a whole expresses the purpose of the artist who describes it as the simplification of an idea to the bare minimum and a composite effort to simplify the material and to display a more basic picture of the work.

Champagne is Ricciardo’s main aim for 2020

How climate change, air pollution can damage your health