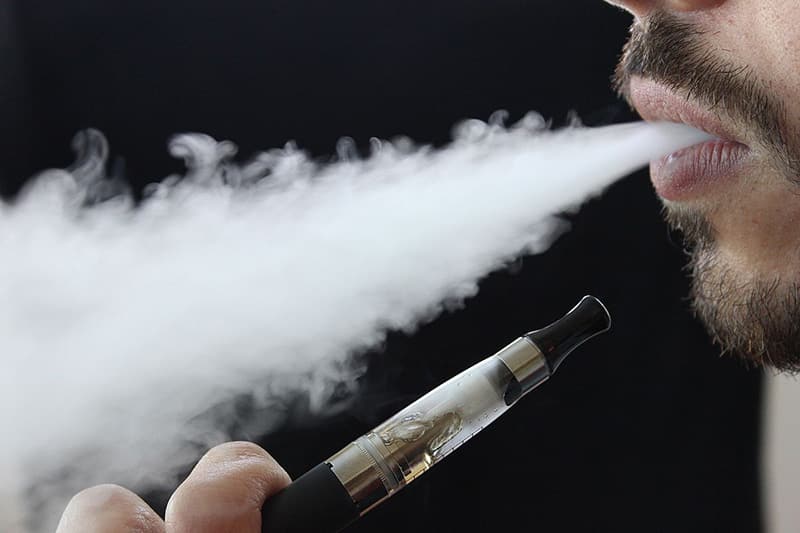 Chronic smokers who switched from tobacco cigarettes to e-cigarette vapes in a large randomised control trial saw a significant improvement in markers of heart health after just a month, researchers said on Friday.

In study results likely to be closely scrutinised by health specialists worldwide, British scientists found that cigarette smokers who switched to nicotine-containing vapes saw a marked boost to their vascular function – a change that could lead to a significantly lower risk of cardiovascular disease.

“By switching from cigarettes to e-cigarettes we found an average percentage point improvement of 1.5 within just one month,” Jacob George, a professor of cardiovascular medicine and therapeutics at Britain’s Dundee University, told a briefing about the study.

“And to put that into context, each percentage point improvement in vascular function results in a 13% reduction in cardiovascular event rates, such as heart attack.”

Jacob stressed, however, that the study looked specifically at vaping compared with tobacco smoking, which causes lung and other cancers and sharply increases the risk of deadly strokes, heart attacks and many other cardiovascular diseases.

“It is crucial to emphasise that e-cigarettes are not safe, just less harmful than tobacco cigarettes when it comes to vascular health,” George said. “They should not be seen as harmless devices for non-smokers or young people to try.”

The findings, published in the Journal of the American College of Cardiology, will fuel further international debate about the potential risks and benefits of e-cigarettes amid more than 2,000 cases of vaping-related lung illness and more than 40 deaths in the United States in recent months.

U.S. Centers for Disease Control and Prevention experts say their investigations suggest the injuries are linked to vapes containing THC – the component of marijuana that gets people high – and Vitamin E acetate, which is believed to be used as a cutting agent in illicit THC vaping products.

British addiction and toxicology experts said last month that the American vaping illnesses were most likely “a U.S.-specific phenomenon,” and there was no evidence of a similar outbreak in Britain or elsewhere where the suspect products were not widely used.

For the Dundee-led switching trial, which took two years and was funded by the British Heart Foundation charity, researchers recruited 114 long-term cigarette smokers who had smoked at least 15 cigarettes a day for at least two years.

The results showed that, whether or not the e-cigarettes contained nicotine, those who switched away from tobacco smoking found their endothelial function – a measure of how easily blood flows around the body – was significantly improved.