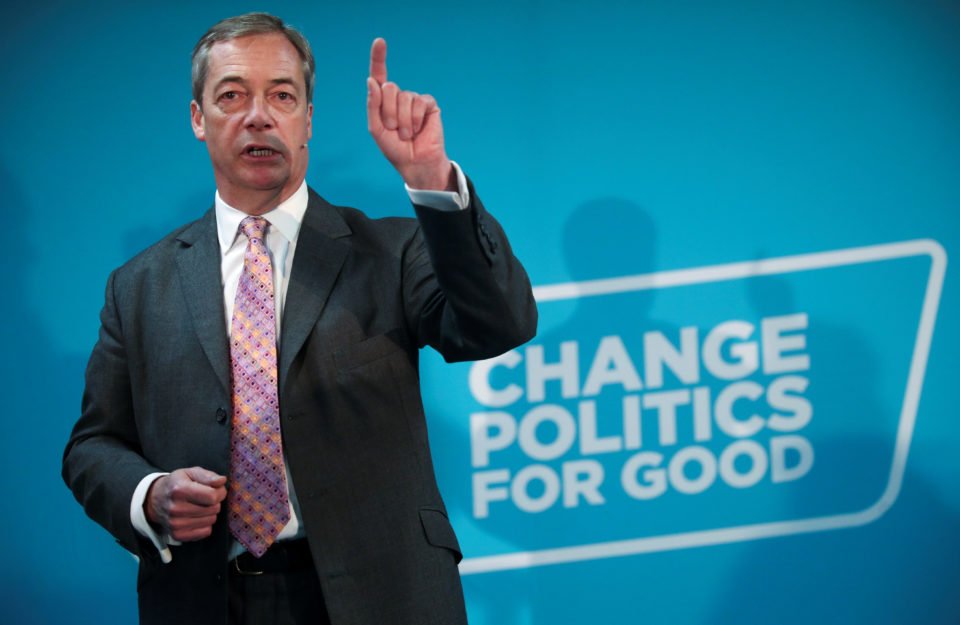 Ian Lavery said the claims that the Conservatives offered Brexit Party leader Nigel Farage and his colleagues seats in the House of Lords in return for standing aside in the General Election are an “absolute outrage”.

His comments come after Lord Falconer wrote to the Metropolitan Police Commissioner and Director of Public Prosecutions calling for a probe into what he said were “exceptionally serious allegations”.

The Labour former lord chancellor said the claims should be investigated as a matter of urgency and must be looked at by police in order to maintain public confidence in the integrity of the election.

His letter to Dame Cressida Dick and Max Hill QC refers to Mr Farage’s claim that he and eight other senior figures within the Brexit Party were offered peerages.

The Metropolitan Police said it has received two allegations of electoral fraud and malpractice in relation to the 2019 General Election.

“The MPS special enquiry team is responsible for investigating all such criminal allegations. Both allegations are currently being assessed,” the force said.

In his letter, Lord Falconer cites the law which refers to “bribery” and corruptly, inducing or procuring someone to withdraw from being a candidate at an election.

Mr Farage has claimed he had repeatedly been offered a seat in the House of Lords in an attempt to persuade him to “go quietly”.

He said that when that failed, people working “deep inside Number 10” had tried to bypass him, going directly to senior Brexit Party figures and suggesting eight of them could be made peers if they could persuade him to withdraw more of his candidates.

In an interview, Mr Lavery said: “I think it’s unbelievable what’s happened here. It really is.

“If what Nigel Farage suggests is true, that Brexit Party members have been approached by senior Conservatives asking to step down with the result being peerages, what state of affairs is our politics in? It’s an absolute outrage.

“This could be political corruption of the highest order and in addition to that it could be seen as criminal activity. This cannot be accepted.

“There should be undoubtedly an investigation into the situation.”

Lord Falconer said he has seen evidence that the claims are correct, telling BBC Radio 4’s Today Programme: “I’ve seen evidence from Ann Widdecombe that is a film in which first she says first of all that somebody from Number 10, not Boris Johnson, not Sir Edward Lister, not Dominic Cummings, first of all pushed her not to stand with, quote, ‘moral arguments’, then came back and pushed her not to stand on the basis that she be given a place in the negotiating team.

“The law is that if somebody corruptly induces or procures another person to withdraw from being a candidate at an election, that is both a crime and a corrupt practice at an election, which can lead an election to be set aside.”

Commenting on Lord Falconer’s letter on the Today Programme, Michael Gove said: “I’ve got great respect for Charlie Falconer (Lord Falconer) but I think that this sounds pretty nonsensical to me.”

The Prime Minister acknowledged that there may have been “conversations” between senior Tories and people in the Brexit Party, but flatly denied there had been any offers of peerages, saying that was “just not the way we operate”.

Brexit Party MEP Ben Habib, when asked if the Tory Party’s denials were a lie, told Sophy Ridge on Sky: “Well I’m saying they’re being economical with the truth for sure. Absolutely. It has been going on. Without a shadow of a doubt.”

The row came amid growing pressure on Mr Farage in the run-up to the close of nominations on Thursday to stand down Brexit Party candidates in all but a few dozen constituencies to avoid splitting the pro-Leave vote.

The Brexit Party leader had already said they would not contest the 317 seats which the Conservatives had won in the 2017 election.

Suspicions that individual Brexit Party candidates were coming under pressure to stand aside were heightened after the prospective candidate for Dudley North announced he would not be running.

Liberal Democrat leader Jo Swinson told the PA news agency: “Nothing would surprise me about the Conservatives these days given what they’ve been prepared to do.

“If Boris Johnson’s prepared to lie to the Queen, lie to the country, you know, I’m going to stop being shocked at where his lack of boundaries lies.”

President to pay a state visit to the Vatican