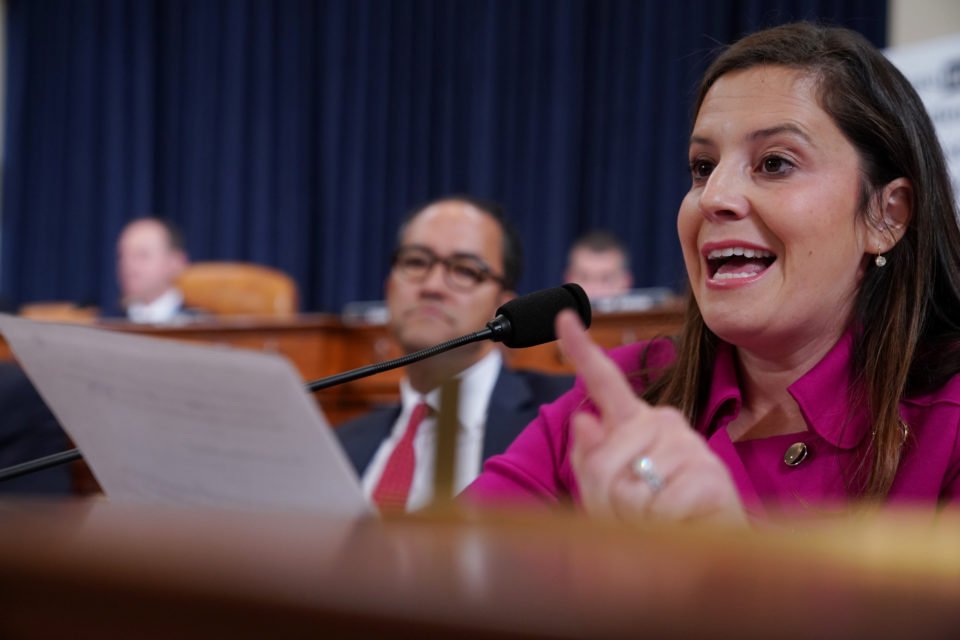 Representative Elise Stefanik, once best known for becoming the youngest woman elected to Congress, stepped into center stage this week as a vocal defender of President Donald Trump during televised impeachment hearings.

The three-term congresswoman was one of the sharpest questioners of the three diplomats who testified at public hearings on Wednesday and Friday, overshadowing some colleagues better known for their vociferous defense of the president.

Stefanik, 35, has been rated as one of the most bipartisan members of the House, representing a district in northern New York that backed Democratic President Barack Obama in 2012 before going for Trump in 2016. She was the youngest woman elected to Congress when she took office in 2015 at age 30, but that record was broken last year by Democrat Alexandria Ocasio-Cortez, who was elected at 29.

Stefanik seized the spotlight in this week’s hearings when she repeatedly interrupted the panel’s chairman, Democratic Representative Adam Schiff, to raise points of order and accuse him of mishandling the hearing including by following previously published rules for the impeachment process.

Stefanik also has literally been one of the loudest voices in the hearing, leaning closely into her microphone each time she speaks, so her voice echoed throughout the room.

“Will the chairman continue to prohibit witnesses from answering Republican questions, as you’ve done in closed hearings and as you did …” Stefanik interjected on Friday.

“The gentlewoman will suspend,” Schiff said.

“… this week…” she continued

“That is not a proper…” Schiff began.

“When you interrupted our questions?” she asked.

“For the millions of Americans viewing today, the two most important facts are the following. Number one, Ukraine received aid, number two, there was in fact no investigation into Biden,” she said.

The conservative-leaning National Review praised her performance as “a concise, coherent, ‘no harm, no foul’ defense stronger than other arguments Trump’s allies have made.”

On Friday, questioning former U.S. Ambassador to Ukraine Marie Yovanovitch, Stefanik’s profile was also high. She provided a contrast with the line of Republican men who questioned the veteran diplomat, as the only woman from the party on the intelligence panel.

Nunes yielded to Stefanik on Friday as questioning by committee members began, making her one of the first Republicans to speak during the hearing.

Stefanik expressed appreciation for Yovanovitch’s work before questioning her.

There are only 13 Republican women in the House, compared with 89 Democrats. Stefanik has started a political action committee dedicated at least partly toward increasing their numbers.

Prince Andrew says he has no recollection of meeting accuser – BBC