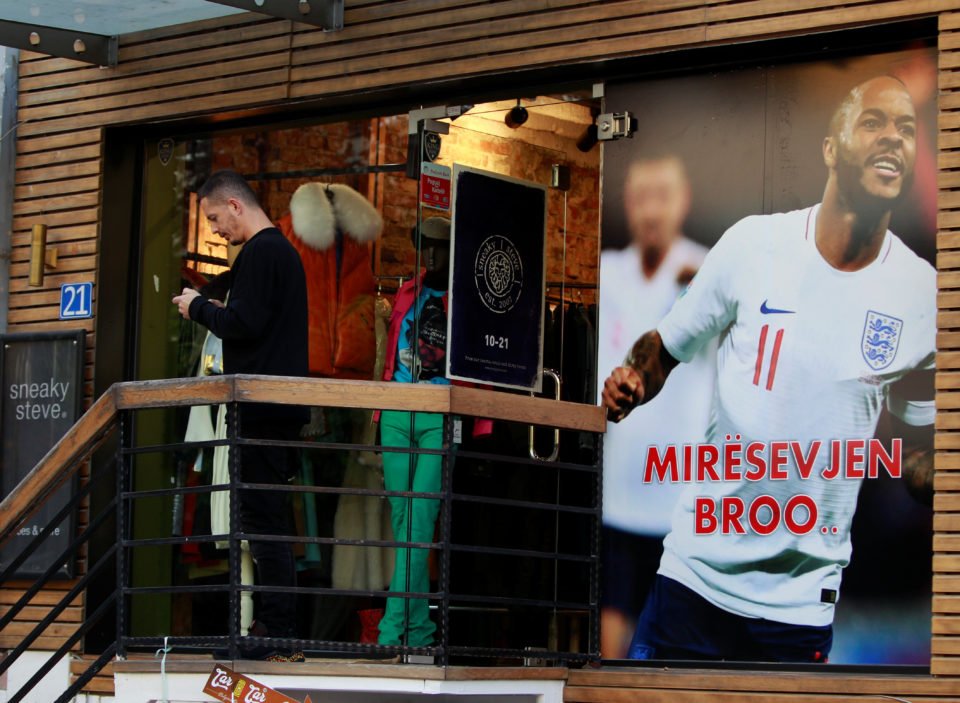 Kosovo may have missed an opportunity to qualify for Euro 2020 but the country hopes to win hearts by offering a warm welcome to England and their visiting fans on Sunday.

The Three Lions, who lead Group A with 18 points and have already sealed qualification, play Kosovo who are third and competing for the first time on Europe’s big stage.

England will be the most high profile national team to visit the landlocked country who only joined UEFA and FIFA in 2016.

“Having the team where football was born in our country is an honour and we are proud.”

Following the collapse of Yugoslavia and Kosovo’s limbo status after the 1998-99 war, young players were not allowed to play in international competitions until three years ago.

The current squad are mainly the children of migrants who left their homes in the 1990s to escape poverty and conflict.

“I felt bad when I saw how (Raheem) Sterling was shouted in Bulgaria and it reminded me how we were not allowed to play for almost 30 years,” said Afrim Islami, 40, who put a big banner at his shop with a photo of English forward Sterling saying “Welcome Bro”.

Last month, Bulgaria’s home match against England was temporarily halted by the referee in the first half following racist abuse from the crowd.

Other banners across the capital said “Welcome Brothers” and “Bros Before Scores”.

The Fadil Vokrri stadium hosts only 12,600 fans but Kosovo’s Football Federation said there were more than 200,000 requests to buy tickets which made the online site crash many times.

Since 2018, the team under Swiss coach Bernard Challandes have only suffered two defeats in 18 internationals, one of which was a 2-1 loss to Czech Republic last Thursday which ended Kosovo’s chances of qualifying from Group A.

They still have a chance to make it to Euro 2020 through the Nations League playoffs.

Facing objections from Serbia and Russia, Kosovo has no seat at the United Nations but with the backing of the United States, Britain, Germany and others it has managed to be a member of all sport federations and events.

Britain remains one of the biggest supporters of Kosovo’s 2008 independence. British troops were the first to enter war-torn Kosovo in 1999 following a NATO bombing campaign against Belgrade police and army forces accused of committing atrocities.

Kushtrim Berisha, 42, remembers the years when his town was controlled by British peacekeepers as part of the NATO mission.

“For their help we should pay all drinks to the English fans,” Berisha said as a group of loud English fans were passing near him.

President to pay a state visit to the Vatican

One killed in clashes in Iran over fuel price hike