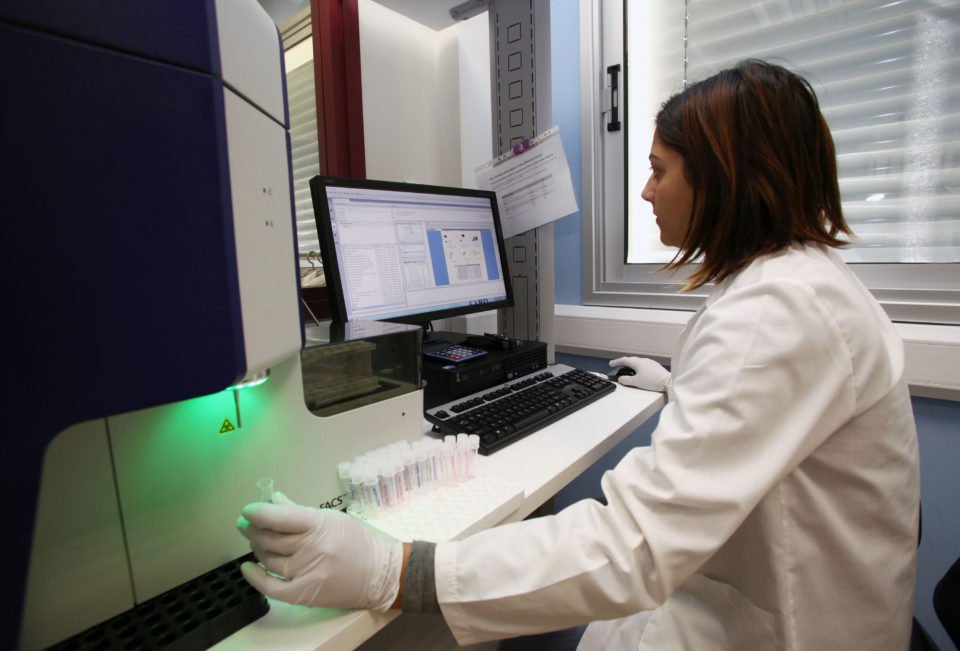 Cyprus has the world’s largest bone marrow donor registry per capita, but the foundation in charge of it is determined to further improve the chances of leukaemia patients to find a life-saving match by targeting businesses, including the Cyprus Mail.

Karaiskakio Foundation has been helping leukaemia patients find matching blood and bone marrow donors for 23 years. It has the largest registry of bone marrow donors per capita worldwide reaching 190,000 Greek and Turkish Cypriots.

The foundation was named after five-year-old Andreas Karaiskakis who died of leukaemia in the mid-1990s because he could not find a matching bone marrow donor. His family donated the fund-raising money for his pending marrow transplant to the health ministry with the aim of creating a bone marrow donor registry in Cyprus.

“Volunteer donors from Cyprus can help any patient in the world in need of bone marrow transplantation,” explained Marios Georgiou from Karaiskakio.

Since its foundation in 1996, the organisation has matched 511 transplants worldwide while in 2018 alone, 51 leukaemia patients received bone marrow transplantation from the registry of Cyprus.

But while that is an impressive figure, the genetic melting pot that is Cyprus does present problems.

“Despite the high number of volunteer donors, about 32 per cent of leukaemia patients in Cyprus do not find a matching donor anywhere in the world,” said Maria Nikolaides, a volunteer at the foundation.

“The high genetic heterogeneity of the island due to mixed marriages makes it almost impossible to find a compatible donor.”

This is why the foundation is luring businesses on board.

In an attempt to increase the pool of potential donors, Karaiskakio’s Nikolaides and another volunteer from the cancer charitable foundation started this September a campaign called ‘from A to Z, for a world full of children’s smiles’.

The campaign has approached the business sector to raise public awareness and update the bone marrow donor record of the island. Organisations wishing to participate must ‘donate’ a letter from their corporate logo and exchange it with Karaiskakio’s logo, an orange balloon. Using the donated letter, they must form a positive word of their choice to send a hopeful message to cancer patients and their families. Thirty companies including the Cyprus Mail have already participated in the campaign.

For a small registration fee, the foundation gives each company a swab saliva kit so that staff who are interested in donating bone marrow can be tested at work. An educational seminar is taking place at Karaiskakio’s offices in Nicosia to inform people about the donation procedure.

Volunteer bone marrow donors must be above 18 and under 45 and will remain registered until they turn 60 years old, unless they ask to be removed. The volunteer donors must also be in good health with no history of infectious diseases and a permanent resident of Cyprus.

“The donation procedure has evolved in recent years and only takes a few hours. It is like donating blood,” said Nikolaide.

If a volunteer donor is found compatible with a patient, they must undertake a physical exam and blood test. If they are approved, they receive a small session of injections with a medication stimulating the bone marrow to produce more stem cells, several days prior to the procedure.

The bone marrow is usually collected with a procedure called peripheral blood stem cell (PBSC) from blood and not directly from the bone. During PBSC, blood is taken from one arm, enters the machine which separates the extra stem cells, and then returned to the volunteer’s body through the other arm.

“The volunteer is awake surrounded by family or friends and the procedure is painless.” said Nicolaide.

All the costs are covered by Karaiskakio Foundation.