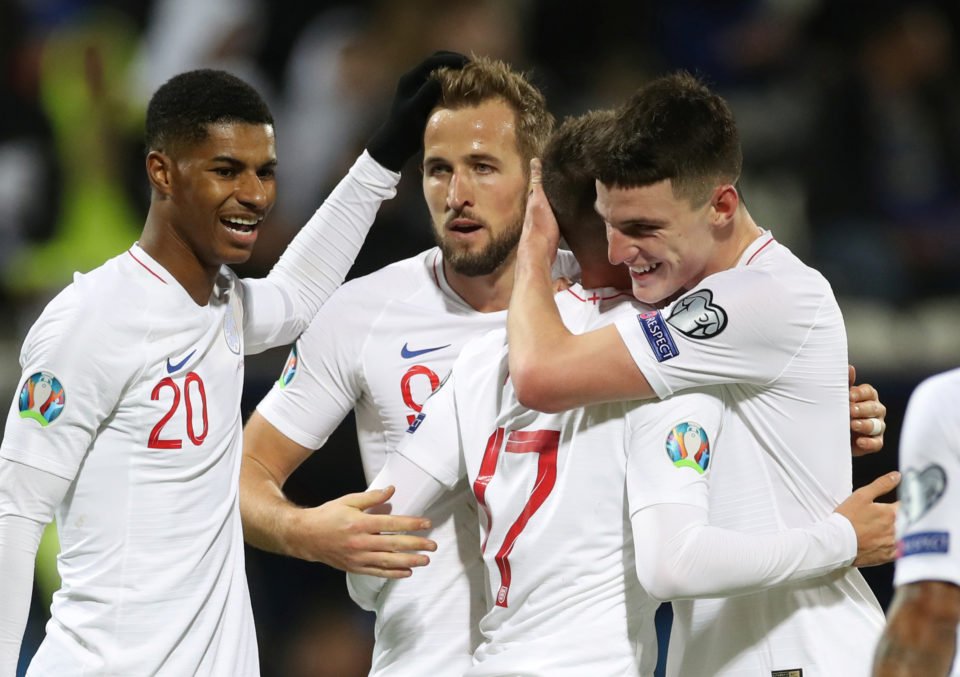 England captain Harry Kane scored his 12th goal of the campaign as they secured a place among the top six seeds for next year’s European Championship with a somewhat flattering 4-0 win in Kosovo in their final qualifier on Sunday.

England were in second gear for much of the match as Harry Winks put them ahead in the 32nd minute, but late goals by Kane, Marcus Rashford and Mason Mount secured another big win and took the team’s goal tally to an impressive 37 from eight qualifiers.

England, already through to the Euro 2020 tournment in which the semi-finals and final will be held at Wembley, finished top of Group A with 21 points, the only blip being last month’s 2-1 loss away to the Czech Republic, who qualified as runners-up.

Kosovo finished third on 11 points. Their chances of automatic qualification disappeared after a 2-1 defeat by the Czechs on Thursday but they could advance via the playoffs.

“It was a tight game and a good test for us really,” said England manager Gareth Southgate. “It was a difficult pitch, with players slipping and passes going astray.

“We needed a tighter game and a challenge. I’m happy we got that. We had to sustain spells of pressure and gave them chances – on another night that would be a problem. But attacking we were ruthless.”

England took a while to impose themselves on the game but broke through when Alex Oxlade-Chamberlain slid a pass into the path of Winks who had all the time and space needed to slot the ball into the bottom corner for his first international goal.

Two months ago England led the corresponding home fixture 5-1 at halftime but their somewhat sloppy display on Sunday, lacking intensity, left them way short of those levels.

Kosovo, who exposed England’s defence a few times in their 5-3 defeat in September, were less threatening but unmarked captain Amir Rrahmani headed wide early in the second half.

Kane, who got a hat-trick in Thursday’s 7-0 thrashing of Montenegro, was on target again in the 79th minute with a sharp shot after Kosovo failed to clear a Raheem Sterling cross.

His 12th goal made him the leading scorer across the competition and the first England player to score in every match of a qualifying campaign.

Sterling, back in the side after his one-match ban for attacking team mate Joe Gomez, was provider again three minutes later for Rashford, who scored with a neat first time shot.

Substitute Mount then claimed his first England goal in stoppage time, cashing in on another defensive error and a neat pass from Kane.

“We had already won the group so the mentality was not easy to go again but I thought we managed it well,” Kane said.

“We went through spells where they had pressure but we were clinical and 4-0 is a great result.”