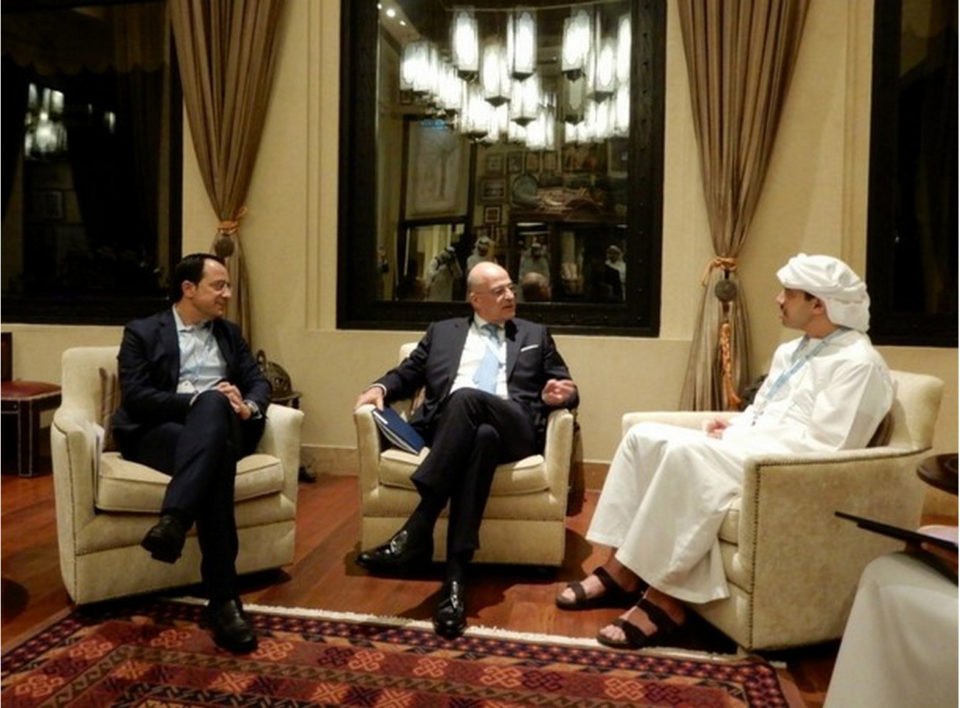 The first trilateral meeting of the foreign ministers of the United Arab Emirates (UAE), Cyprus and Greece took place on Saturday in Abu Dhabi, covering relations between the three countries, and ways to further develop cooperation between them.

A news release said that FMs Sheikh Abdullah bin Zayed Al Nahyan, Nicos Christodoulides  and Nicos Dendias exchanged views on the latest developments in the region and discussed a number of regional and international issues of common interest such as Syria, Iraq, Libya, Turkey and Iran.

Sheikh Abdullah bin Zayed Al Nahyan highlighted the UAE`s keenness to strengthen its relations with Cyprus and Greece and to develop areas of joint cooperation. Christodoulides and Dendias stressed the significance of the meeting in boosting relations between.

They also commended the UAE`s influential role in promoting international peace and security and supporting the efforts of the international community to achieve stability and peace.