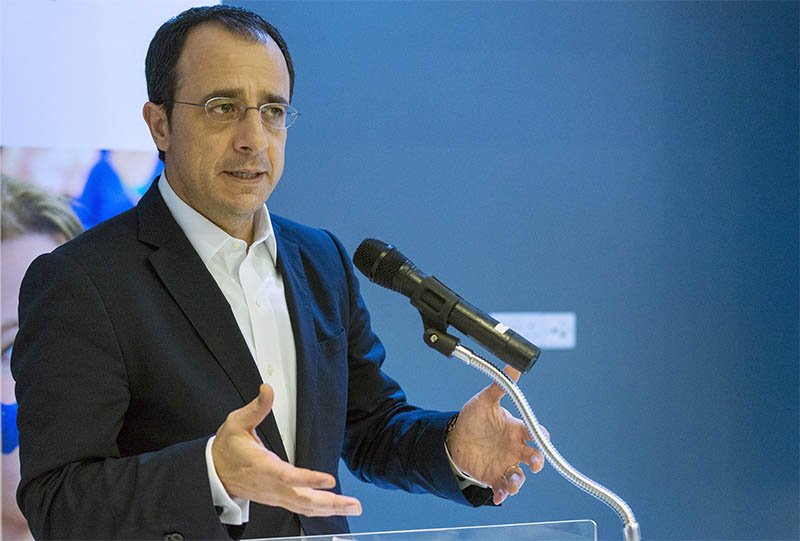 A five-party conference with the guarantor powers could take place in December, Foreign Minister Nicos Christodoulides has said.

In an interview with Kathimerini on Sunday, Christodoulides who is slated to meet US Secretary of State Mike Pompeo in Washington on Monday said, the tripartite meeting of the leaders with the UN chief was a first step towards a new five-party conference.

President Nicos Anastasiades and Turkish Cypriot leader Mustafa Akinci are due to meet with Antonio Guterres in Berlin on November 25.

“It is our hope and expectation to pave the way for the resumption of substantive talks from where they left off in July 2017,” Christodoulides said in the interview.

Asked if there could be a new round of negotiations while Turkey continues to illegally drill in Cypriot waters, Christodoulides emphasised that the proper environment must be in place for the resumption of substantive talks.

“At an informal conference, there should be a commitment to creating the necessary climate without violations and challenges,” he added.
Referring to recent statements by Turkish officials on changing the Cyprus settlement framework, Christodoulides said there was no question of changing the basis of the solution and/or the goal pursued.

“Such a possibility is out of the question and it is particularly positive that the UN Security Council, and in particular the five permanent members, have a common and clear approach to this issue,” he said.
Christodoulides said the possibility for closer cooperation between Nicosia and Washington would be at the centre of talks with his US counterpart Mike Pompeo on Monday.

According to an announcement from the foreign ministry, during his stay in Washington the minister will also be the keynote speaker at the Southeast Europe & East Med Conference.

The meeting with Pompeo will take place on Monday at 1pm local time or 8pm Cyprus time at the State Department. Pompeo invited Christodoulides to visit Washington one year after the signing of a statement of intent between the two countries. Bilateral relations, the Cyprus problem and the state of play in the Eastern Mediterranean, and more particularly developments in the energy sector, will be among the items on the agenda.
Apart from Pompeo, Christodoulides will hold separate meetings with Acting Assistant Secretary of European and Eurasian Affairs Philip Reeker, Deputy Assistant Secretary Matthew Palmer and Assistant Secretary Francis Fannon, while he may also meet with the US President’s National Security Adviser Robert O’ Brien.
He leaves Washington on Tuesday.

Free car check-up on Monday from the transport ministry

No more preferential treatment for EU migrants after Brexit (Updated)