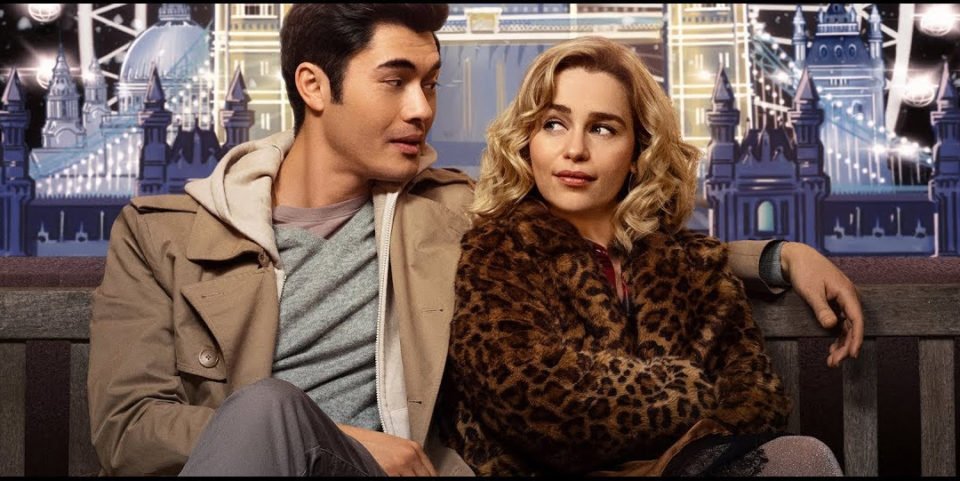 Emma Thompson has never played Mary Poppins (Nanny McPhee was the closest she got), but it’s always seemed like a natural fit – and Last Christmas, co-written by and co-starring Ms. Thompson, is very much a ‘Spoonful of sugar makes the medicine go down’ kind of movie, using rom-com trappings to disguise a frankly didactic message about inclusiveness and “helping each other”. It’s the kind of message one might accept – or at least tolerate – around Christmas time; alas, Christmas is still over a month away.

Kate (Emilia Clarke) is surrounded by Christmas, whether it’s George Michael – her secret obsession – singing the titular song or indeed her job as an elf in a Christmas-themed store run by ‘Santa’ (Michelle Yeoh). Cue bad puns (“Where d’you work, Elf and Safety?”) and George Michael songs on the soundtrack, starting with ‘Heal the Pain’ – an apt choice, since Kate has a lot of pain to heal. For a start, her real name is Katerina and she’s the daughter of a Yugoslav family who came to London to escape the war, her fraught relationship with her grumpy, unsympathetic mum (Thompson) being at the root of her neuroses. Kate is a mess, though it’s unclear if she’s troubled or just accident-prone. She’s always late, practically homeless, prone to taking refuge in casual sex. “I am an adult,” she asserts at one point; “You are the furthest thing from an adult I know,” comes the crushing reply.

The film’s take seems to be that Kate is selfish, “the most selfish woman in the world” – which seems way too harsh, but does work to set up a redemption arc involving (a) a homeless shelter full of mischievous homeless people, and especially (b) a handsome man named Tom (Henry Golding, from Crazy Rich Asians), who volunteers at the shelter and also comes on to Kate. That’s the main plot, the aforementioned rom-com trappings – though Tom, it must be said, is pretty weird. He doesn’t have a phone (it’s locked up in a cupboard at home), and encourages Kate to ditch her own phone (“All of your stress will melt away”); he takes her to a park – his “secret garden” – frequented by other weird (yet magical) people; he urges her to “keep looking up”; he’s even sexually restrained, confining himself to a single, romantic kiss. Surely he’s too good to be true?

Maybe, maybe not. The point is the effect he has on Kate – and the effect he has on the movie, elevating it from rom-com to something more noble. Our actions define us, says Tom philosophically. “There’s no such thing as ‘normal’. It’s a stupid word. Does a lot of damage,” he opines, sounding very woke – and Last Christmas puts its money where his mouth is, pointedly going for diversity in its supporting cast (which includes a trans actor and a disabled actor, both in roles which make no reference to – i.e. normalise – their minority status) and including wagging fingers against racism and homophobia in its plotting. Brexit is there too, of course, equated with people being nasty to foreigners, indeed it ends up feeling like the script only makes Kate a Yugoslav for the purpose of making a statement on Brexit. Well, that and to allow Emma Thompson to say “lesbian pudding” in an Eastern European accent.

On the one hand, Last Christmas is a little trying. It’s annoying to be fobbed off with fluffy Christmassy things while being hit over the head with an Author’s Message; the spoonful-of-sugar approach is a bit transparent. On the other, the film is significantly smarter than your run-of-the-mill rom-com – there’s a fair bit of dry British humour – and didactic is just about preferable to slushy and soppy. Director Paul Feig, a specialist in comedies with a female slant (he made Bridesmaids), also gets the best out of Clarke, who had presence on Game of Thrones but seemed all at sea in Me Before You. She’s more confident here, and at least she seems to be enjoying herself; still a bit charmless, but it fits the character.

In the end, this is very much a London movie – pointedly multicultural, vibrant, rather acrid and cynical about human relationships, very Guardian-reading when it comes to its politics – which isn’t always very appealing but at least makes a change from Hollywood movies, which try to appeal to everyone from Boston to Beijing and end up merely bland. It has personality, not to mention some decent jokes. It may well end up being the best Christmas film we get this year – though my own Christmas wish is that we don’t get any more Christmas films this year. Can Santa make it happen? To quote George Michael, I gotta have faith.

‘It was very nice to revel in British-ness!’