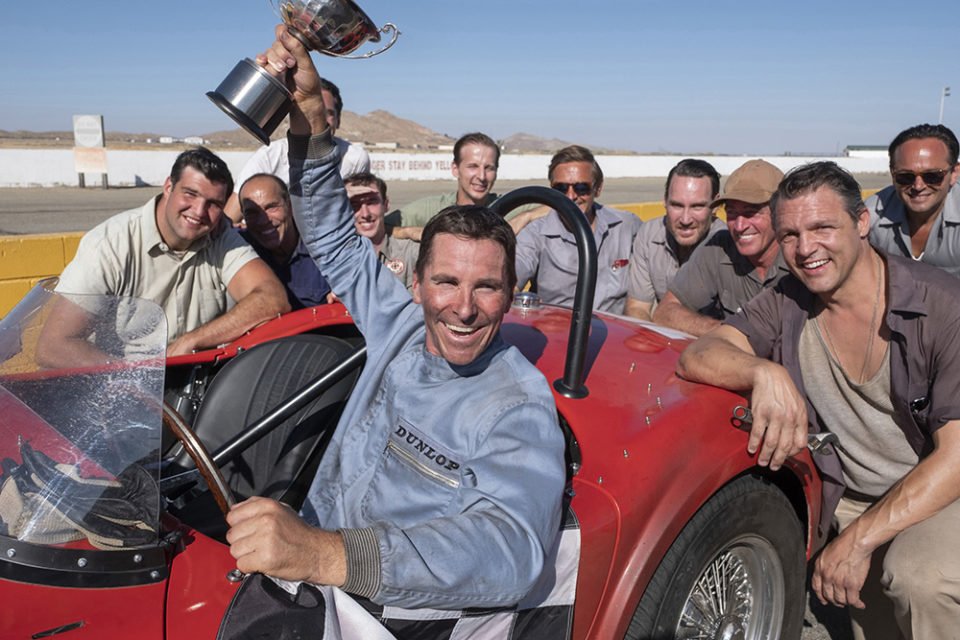 IT’S been a while since one of Britain’s finest actors actually played a Brit.

In fact, the last time Christian Bale portrayed a person born on UK shores was in 2006, in the mystery drama The Prestige.

Since then it’s been a string of Americans – The Dark Knight, Public Enemies, American Hustle, The Big Short – but that is all change with his new film, the racing epic Le Mans ’66, in which he plays the Birmingham-born race car driver Ken Miles.

“It was very nice to revel in British-ness,” the 45-year-old says with a cackle as he sits back in his chair on a sunny day in Los Angeles, “especially with a Brit who should be known to everybody but is not.

“He’s this great unsung hero, so it was wonderful to be able introduce him to the world.”

The film follows Miles, affectionately known by his American racing crew as Teddy Teabag for his love of British tea, as he embarks on the most difficult race in all of motorsport, the 24 Hours of Le Mans, in 1966 in the Ford GT Mk II.

It also details his friendship with the driver-turned-car designer Carroll Shelby, played by Matt Damon, who was recruited by Ford to design a race car so powerful it could beat even Ferrari on the unforgiving French racetrack.

“I liked very much that Ken isn’t that sort of manly man image,” Bale says, earnestly.

“He was someone who was very slight and very colourful and exuberant.

“He wasn’t a stoic silent man who gave nothing away at all, he was emotional and joyous and furious, whatever he was feeling, he felt it to the hilt at any given moment.

“So that was not only fun to play, but it also gives an opportunity to give the audience a feeling of what it’s like to actually drive a machine at those kind of insane speeds.”

Born in Haverfordwest in Wales, Bale spent much of his childhood in Surrey and Dorset and paid a visit to motor racing circuit Brands Hatch in Kent with his father.

“I had a great day there with my dad watching Formula One,” he reminisces.

He’s not a car fanatic – “I’ve no idea what to do under the hood!” – but he jumped at the chance to get behind the wheel of some of the film’s more spectacular cars (replicas, because the real ones are displayed in museums).

“We are not going to make a film about these cars and not drive them,” he says with a laugh.

“We had a great time driving the Cobras and the GT40s and the old country squire.”

It also helped that he felt an affinity with Miles, who is blunt, uncompromising, and shuns authority and the bidding of money men.

“I think everybody involved in any sort of endeavour that requires benefactors or a great deal of money, there is always that necessary conflict,” he says.

“I actually think it’s a healthy thing; it’s good. I can’t even begin to imagine a film where there were no obstacles, I don’t even know how that would even begin to work. You learn to work within that and to use that.

“Miles and Shelby’s passionate, obsessive endeavours to do what they love doing requires a lot of money. That is exactly the same as what we do, it’s very relatable.”

Bale is also no stranger to playing a real-life person – it is less than a year since he was nominated for an Oscar for portraying Dick Cheney in Vice – and he’s become adept at slipping into someone else’s skin.

“You have the freedom to use all of that. You can look at it on video or you can bring the guy onto the set and have a chat with him – people are wonderfully eccentric and fantastic in that way.

“I feel more liberated playing a real person because I know it’s not my own ego driving choices.”

Damon also absorbed as much source material as he could to play the tough and creative Shelby.

“He was no stranger to an interview, so there was a lot of material I could go through to look at and see the public facing side of him,” the Bourne Identity star says.

“But that was fun to juxtapose to these quiet times, when he’s building the car and that’s the artist in the guy.

“Everybody I talked to said he could sell you anything, he was a master salesman, he was very good at working a room, a very charismatic guy, but he was also this very intense racer and designer.

“And that is really the foundation of the movie, that friendship that he has with Miles – that was forged on the building of this car.”

It was the physical and tactile nature of that building that first fascinated the film’s director, James Mangold, who most recently made Wolverine film Logan, starring Hugh Jackman.

“Not from a computer model, not from a wind tunnel, but by putting their bodies at risk in these tin cans at high speeds.

“In so many ways our culture used to be a manufacturing culture, a doing culture, a making culture, and we have become largely an information culture and it strips us of something romantic, about the idea of building something and riding it to victory.”

He pauses for breath.

“I still experience it making films. There is this romantic quest, in this most corporate of worlds, to try and get movies made that actually mean something other than ‘buy this product’ or ‘come see the movie after this movie’.

“They are actually about the story and these characters and these human beings.”